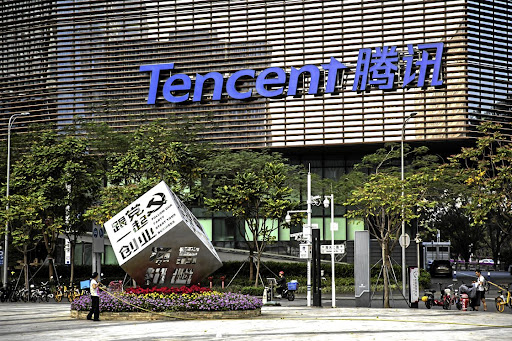 G7 Connect, a fleet management company backed by Tencent, has agreed to merge with its smaller competitor E6, which counts a unit of Alibaba as an investor, bringing the two Chinese platform giants together as shareholders in the combined firm.

Both G7 and E6 will retain their own brands and independent operations while they seek synergies in areas where they overlap, according to a press release.

The merger comes as G7 considers a potential initial public offering in Hong Kong that could happen as early as this year. The company is working with advisers including China International Capital, Citigroup and Morgan Stanley on the proposed first-time share sale.

“We decided to finish the merger before the IPO, because we have faith we can really change this industry,” said Jielong Zhang, CFO of G7. “We are ready to launch any time once the market condition improves,” Zhang said.

The merged company will formally take on G7’s name, and its combined investors, GLP, Tencent and the Alibaba-backed Cainiao Smart Logistics Network will each have a 7% to 10% interest in the firm, Zhang said, with any discrepancy between the sizes of Tencent and Cainiao’s stakes within just half a percentage point. GLP, Tencent, Cainiao and others will each appoint representatives to the company’s board, the release showed.

Tencent and Alibaba have largely built rigidly separate ecosystems, with few exceptions. Video platform Bilibili is backed by both giants.

G7 had a valuation of $2.2bn before to the merger, while E6’s Internet of Things-related (IoT) revenue is about 70% that of G7’s, according to Zhang. A valuation for the combined company was not disclosed.

Both G7 and E6 use artificial intelligence and IoT technology to manage freight and logistics services, with sensors and cameras capturing data to optimise efficiency. They use advanced driver-assistance systems to detect and warn about bad driving or insufficient space between vehicles, and weigh cargo loads in real time to prevent theft.

E6 serves more than 40,000 logistics companies in sectors such as cold-chain storage and transportation. It was founded in 2006 in Shenzhen, and connects more than 2-million trucks and 2.3-million drivers.

Started in 2010, G7 takes its name from the G7 Beijing–Urumqi Expressway, the world’s longest desert highway. In February, it raised $200m in a funding round led by Trustbridge Partners and CS Capital, according to a press release at the time.

In recent years, G7 has ventured into transaction services in areas such as settlement, insurance and equipment, which now account for more than 70% of the firm’s revenue, Zhang said.