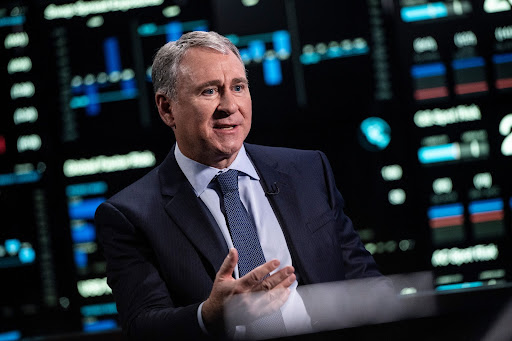 “We will be ready if and when those products are approved, but we are taking a measured approach,” Kelly Brennan, head of the firm’s ETF group, said in an interview at Bloomberg’s headquarters in New York, adding that the firm can’t provide liquidity until regulatory issues are resolved.

Citadel Securities has grown from a small group built alongside Griffin’s hedge fund to a global trading behemoth not only in US‑listed markets but also international ones, pushing into investment banks’ favoured products. It’s a market maker in equities, options, treasuries and ETF trading.

For almost a decade, ETF issuers in the US have tried to launch a fund that physically holds bitcoin as a way to gain further exposure to the asset class. But regulators have consistently denied the requests, citing concerns about the cryptocurrency’s volatility and its potential to be used for fraud.

Last year, the Securities and Exchange Commission (SEC) finally allowed a product that tracks bitcoin futures, which follow the coin’s spot price indirectly and are overseen by the Chicago Mercantile Exchange.

Griffin has called for the SEC to pivot from just talking about regulating crypto to actually establishing rules. For now, the agency has said existing securities laws apply to crypto. But Griffin said that once more specific regulations are set, “tier-one” firms will start providing liquidity and other services will make digital assets regular.

“We get a huge volume of calls about spot bitcoin ETFs, but they are all from prospective issuers,” said Cory Laing of Citadel Securities. “The calls are not coming from clients.”

Customers who want to be in crypto are finding ways, according to Laing. “They aren’t waiting for a nice packaged product,” he said. If a spot bitcoin ETF gets approval, Laing anticipates that demand will follow.

Though the futures funds from issuers such as ProShares and VanEck have proved less popular with investors than hoped, companies are still seeking to release a spot bitcoin ETF. Grayscale Investments in particular is pushing hard to convert its bitcoin trust into the format. But the SEC continues to deny applications, including one for a product from One River Asset Management last week.

While ETFs that hold crypto-related stocks such as Coinbase have climbed the ranks over the past year, performance has been dour. The six worst-performing non-leveraged ETFs in the $6.6-trillion arena in 2022 are all crypto-linked equity funds, according to data compiled by Bloomberg.

Citadel Securities is watching regulatory action and existing ETF performance before any formal decision is made at the firm, Brennan said. “We haven’t seen a lot of changes in the space over the past couple months, but we are thinking about what comes next.”