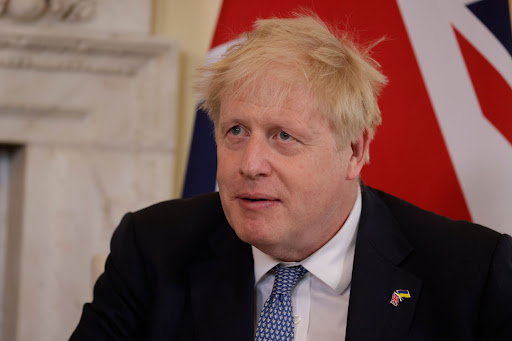 Boris Johnson’s missteps and misdeeds have left his party split into multiple factions, all sniping at each other as they careen toward a potential early election with little sense of identity or purpose.

More than 40% of Conservative MPs voted against the British prime minister in a confidence vote on Monday that laid bare the bitter rifts in the governing party after almost three years of Johnson’s leadership. So obvious have the divisions become that two younger MPs from rival factions were seen play-fighting in the House of Commons.

These days the Conservatives aren’t split down the middle over the EU as they were when Margaret Thatcher, then John Major and David Cameron all lost their grip on power. In the aftermath of Brexit, the breakdown in order is more complete.

MPs from former Labour constituencies are incensed at criticism of Johnson’s handling of relations with the EU. Southern MPs worry they’ll lose their seats because Johnson’s chaotic leadership is pushing voters toward opposition parties.

Brexit supporters who previously backed Johnson have become infuriated by his handling of the “partygate” scandal. But they were also enraged when longtime Johnson critic Tobias Ellwood said last week that the UK should rejoin the EU single market.

“Instead of getting into some hellish groundhog day debate about the merit of belonging to the single market, re-litigating questions that we settled two-and-a-half years ago, we can get on we can deliver and we can unite,” he told his backbenchers when he spoke to them before the vote, according to the text of his remarks. “You all know what an incredible force we can be when we are united.”

Culture secretary Nadine Dorries, a staunch ally of the prime minister, added to the bitterness on Monday when she accused former foreign secretary Jeremy Hunt of “duplicity” and “destabilising the party and the country” after he called on Conservatives to vote Johnson out. Hunt had argued that it’s the only way for the Conservatives to salvage the next election, expected by 2024 at the latest.

The public onslaught, which some suspected had been sanctioned by Johnson himself, hardened some MPs to vote against him, according to two people familiar with the matter.

“I feel sad and heartbroken that colleagues are currently having to attack one another,” education secretary Nadhim Zahawi told the BBC in response. “I think that’s wrong, I think we have to come together, that we are strongest when we’re united.”

The self-styled hardman of Brexit, Steve Baker — who on current projections would lose his seat at the next election — told reporters that “what was missing in Number 10 was that culture of compliance,” with the rules. He said he shared a taxi with senior city executives ahead of the vote, who told him their bosses wouldn’t have survived such a rule-breaking scandal.

“The rebel MPs are Remainers, Brexiteers and on both the left and right of the party — they went against him because they consulted their constituents,” said Vernon Bogdanor, professor of government at King’s College, London. “That’s the danger.”