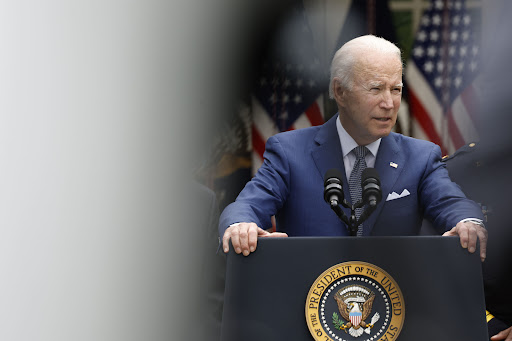 The move drew immediate condemnation from some in the very sector he is  seeking to help.

Biden is invoking emergency authorities to impose a two-year freeze on new tariffs for solar imports from four Southeast Asia nations, neutering a threat of retroactive duties that had chilled renewable project construction nationwide. At the same time on Monday, he is invoking sweeping powers under the Defense Production Act to support US-made solar panels and other domestic clean-energy manufacturing.

The efforts are aimed at boosting oft-competing political priorities: combating climate change and nurturing domestic solar manufacturing that has struggled to compete with cheap imports. Yet, they invited a backlash from US manufacturers, who said Biden’s move is doing more to bolster solar panel making in China than in the US.

“Today’s proclamation directly undermines American solar manufacturing by giving unfettered access to China’s state-subsidised solar companies for the next two years,” Samantha Sloan, vice-president of policy for First Solar, said in an emailed statement. “This sends the message that companies can circumvent American laws and that the US government will let them get away with.”

The threat of tariffs stemmed from the commerce department’s investigation into whether Chinese companies are circumventing decade-old duties by assembling solar cells and modules in Cambodia, Malaysia, Thailand and Vietnam, countries which constitute about 80% of annual panel imports into the US. Manufacturers in the four targeted nations had largely halted shipments to the US, stalling solar projects and prompting at least one utility to warn it would keep a coal plant operating longer than planned.

At issue are anti-dumping and countervailing duties imposed against China a decade ago to offset subsidisation and predatory pricing. The department is set to issue preliminary findings in the case by late August.

“President Biden is significantly interfering in commerce’s [department) quasi-judicial process,” Rashid said in an emailed statement. “By taking this unprecedented — and potentially illegal — action, he has opened the door wide for Chinese-funded special interests to defeat the fair application of US trade law.”

Biden is invoking emergency authority under nearly century-old US law, while the commerce department case is proceeding on a parallel track, a senior administration official told reporters. Under federal trade law, the president can direct duties to be suspended by declaring “an emergency to exist by reason of a state of war or otherwise.”

Heather Zichal, head of the American Clean Power Association, called it “a bold act of leadership” that “recognises the immediate need to protect middle-class American jobs” while promoting US energy independence.

Biden’s action also drew rare near-unanimous praise from environmental groups, including mainstream conservationists as well as progressives who’ve criticised the president for being too timid in the fight against climate change.

Biden’s executive action follows days of brainstorming by administration officials over how to revive solar and power storage projects hampered by a trade investigation that prompted some exporters to halt panel shipments to the US.

Though the president is not directly injecting himself in the case — meant to be a quasi-judicial proceeding free from political interference — his decision to waive new duties for two years effectively blunts the tariff threat in the short term, giving time for US manufacturing to ramp up.

The White House is also seeking to use the federal government’s purchasing power to help support American clean energy manufacturers. Biden is directing the federal government to apply domestic content standards when it procures solar systems, including US-manufactured solar photovoltaic components, and use special supply agreements to allow domestic clean electricity providers to more quickly sell their products to the government.

Biden’s manufacturing boost is anchored by action under the 72-year-old Defense Production Act, the same authority wielded by former president Harry Truman to make steel for the Korean War and Donald Trump to spur mask production to battle the spread of coronavirus. Biden is authorising the department of energy to use the law to rapidly expand American manufacturing of solar panel parts, building insulation, heat pumps and other equipment, according to a White House fact sheet. Power transformers and equipment for making and using fuels generated by electricity also will be targeted, the White House said.

At least some of the funding is likely to be made available through an existing energy department programme, which has more than $40bn in loans and loan guarantees available and is being revived by the Biden administration. A spokesperson for the programme didn't immediately respond to a request for comment.

Presidents dating back to George W Bush have tried to marshal US solar panel making with a mix of short-lived incentives and punishing trade barriers that at times spurred retaliation instead of a manufacturing renaissance. At one point, there were about 75 major solar parts factories in the US, but most have since shuttered.

All the continents’ countries should be included, premier says as Venezuela and Nicaragua barred too
News
2 months ago

Many governments in Africa, Latin America and Asia have distanced themselves from the allies’ response to Russia’s aggression
Opinion
2 months ago
Next Article

US to probe whether Chinese companies skirted solar tariffs

US to probe whether Chinese companies skirted solar tariffs