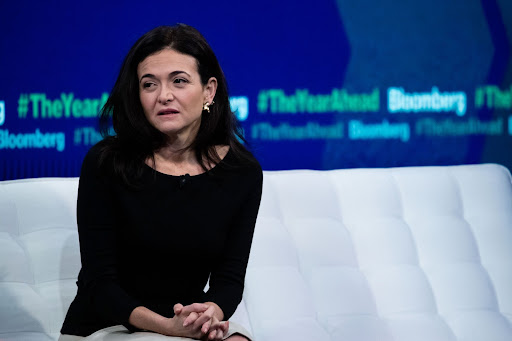 The social media giant’s scaler-in-chief is departing just as the company confronts some of its biggest challenges. Picture: BLOOMBERG

Sheryl Sandberg, the COO of Meta Platforms, is resigning after 14 years of running the company alongside Mark Zuckerberg. It was “time to write the next chapter of my life”, she said in a 1,542-word post on Facebook accompanied by effusive comments from her fellow executives at the company.

Her departure had been anticipated for some time. An investigation last year by the Wall Street Journal analysing internal Facebook data found that the percentage of staff reporting to Sandberg, 52, had been shrinking in recent years. There were also rumours, according to a person close to the company, of tensions with Zuckerberg and of rival factions forming on their executive and PR teams.

Sandberg’s legacy is mixed. She was pivotal in helping the company reach an unparalleled scale of more than 2-billion active users after Zuckerberg poached her from Google in 2008, when he was just 23 years old, to grow Facebook’s advertising business. She did so with enormous success: about 97% of Facebook’s $117bn revenue in 2021 came from selling adverts. Facebook’s unstoppable growth made her a billionaire on paper.

But Sandberg’s skill in growing the business came at a price — for Facebook’s users, for healthy discourse and arguably for democracy itself. Fake news was rampant on the site in the run-up to the 2016 presidential election in which Donald Trump was swept to power. More recently, a whistle-blower accused the company of contributing to the January 6 insurrection on Capitol Hill because of an under-investment in safety. For Facebook’s critics, the company was causing damage to society because of a growth-at-all-costs mindset driven by Sandberg and Zuckerberg.

Some executives who worked with Sandberg have spoken out. Roger McNamee, the prominent Silicon Valley venture capitalist who helped broker her first meetings with Zuckerberg in 2008, went on to write “Zucked” and point out that Facebook’s enormous size made it almost impossible to moderate the different languages and cultures of its users.

The co-founder of WhatsApp, Brian Acton, also chafed at Sandberg’s fixation on growth. A few years after he sold WhatsApp to Facebook for $19bn in 2014, he proposed monetising the app through a metered-user model, charging businesses a fraction of a cent for large numbers of messages. But in a 2018 interview, he recalled Sandberg shooting down the idea. “Her words were, ‘It won’t scale,’” he told me at the time. Advertising was the ultimate route to greater profits.

Yet now, Sandberg is leaving just as that money-generating machine is in doubt. Facebook recently said it would take a $10bn hit in its 2022 revenue as a result of Apple’s iOS privacy lockdowns. And Zuckerberg’s drastic pivot to the metaverse has seen the company already spend more than $10bn on new technology that’s still many years out from potential mainstream adoption.

While Zuckerberg’s own Facebook feed has been filled with updates about the metaverse or skunkworks projects such gloves that can receive haptic feedback so that you can “touch” things in virtual reality, Sandberg has been quiet about the hi-tech initiative.

Her role for years has been to steer the mundane side of the business while Zuckerberg chased more exciting projects. In earnings calls she often played up Facebook’s contribution to small businesses and pushed for journalists to cover the issue. She testified before Congress in the place of Zuckerberg and would attend the World Economic Forum at Davos while Facebook’s CEO stayed behind.

A former senior executive at Facebook once told me that the one thing they knew for sure about Zuckerberg and Sandberg was that they would leave the company only if Wall Street wanted them to. That meant a drop in the company’s share price below a certain threshold, such as $100.

Meta’s stock closed at $188 on Wednesday, some way off that baseline, but that’s also a 50% drop from the $378 level it was trading at last year. Facebook’s market capitalisation flirted with $1-trillion at that time, and it’s now hovering around $500bn. Another key figure in Facebook’s growth story has left, too: Peter Thiel, who was Facebook’s first outside investor and a guiding hand for Zuckerberg, recently stepped down from the board of directors after 17 years.

Though Zuckerberg has said publicly that he will remain CEO in the coming years, his apparent obsession with virtual reality leaves Facebook looking increasingly rudderless.

Sandberg’s and Thiel’s departures come at a moment of great financial uncertainty for Meta. It’s unclear how the company plans to make money in the metaverse, or how much more the privacy changes from Apple will cost, or how extensively it might have to redesign its algorithms for users in Europe under forthcoming online safety laws there, potentially hurting its growth prospects. In February, Meta reported its first-ever decline in daily active users, suggesting its business may have peaked.

If Sandberg is leaving on a low note, it could have been lower if she had waited longer to depart. The silver lining for users, and perhaps for democracy itself, is that some of the executives who steered Facebook towards an irresponsible scale are finally out. If Zuckerberg ever relinquishes his grip on the company as the majority controller of its voting shares, it raises a greater prospect of new leadership that might prioritise safety over growth. But for now, the company’s future looks ever more uncertain.

PARMY OLSON: Devices collect our data, which is sold to the highest bidder

Capturing sensitive data is possible thanks to real-time bidding, a hugely popular approach to digital advertising and part of the lifeblood of ...
Opinion
3 months ago

Facebook, Netflix, Zoom and others are being reassessed by investors. But they will rise again.
Life
3 months ago