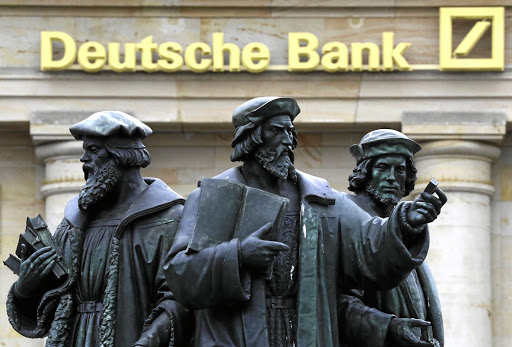 Six years ago, Stefan Hoops grabbed the attention of Deutsche Bank management board member Christian Sewing with his cool head and proactive approach during a time of crisis.

As the threat of a costly settlement in the US was spooking investors and key clients, the young executive was among Deutsche Bank leaders putting in a barrage of calls to assure them the firm was safe to do business with.

Now Sewing, as CEO, is relying on Hoops to help fix another crisis and tidy up the lender’s asset management unit as it reels from allegations of overstating its green investment credentials.

The promotion to CEO of DWS Group puts the 42-year-old, who has little experience in asset management, in charge of one of Europe’s biggest investment firms. As head of the corporate clients unit that was central to Sewing’s turnaround plan, Hoops oversaw a rebound this year after struggling for a long time with negative interest rates. At publicly traded DWS, he will face the challenge of keeping momentum in a business that had done well until recently, while restoring investor confidence following the resignation of Asoka Woehrmann.

“They picked a good executive who will stay on,” rather than an interim solution, said Ingo Frommen, an analyst at Landesbank Baden-Wuerttemberg. In the long run, “this is certainly a step that says the CEO role is an option for him one day” at Deutsche Bank.

Under Hoops’s predecessor Woehrmann, DWS grew into a €902bn asset manager, in part by marketing many of its funds as investing on the basis of environmental, social and governance standards. But allegations by its former chief sustainability officer that the company inflated its environmental, social and corporate governance (ESG) credentials rocked DWS and sparked regulatory probes in the US and Germany.

Woehrmann, a long-time Sewing confidant who had overseen the business since 2018, the year it went public, announced his resignation on Wednesday. The decision came hours after a police raid at the asset manager and its parent. Hoops will assume the top role at DWS on June 10, with his first months in charge likely under the cloud of criminal and regulatory probes into greenwashing that may get costly and messy.

Cleaning house and drawing a line under that chapter will be a focus for Hoops, meaning he is likely to fire more executives, said people familiar with the matter. The Frankfurt prosecutor said the raid on Tuesday was targeting as-yet-unidentified DWS staff and executives.

Hoops may also fine-tune but not fundamentally change DWS’s strategy and continue its focus on ESG, the people said, asking not to be identified discussing internal planning. DWS has spare cash and made good progress on costs, meaning it could grow as well through acquisitions, according to analysts at Bloomberg Intelligence.

DWS could add scale via mergers & acquisitions given its £2bn of spare cash and good progress on costs. Amundi, with its acquisition of Lyxor, has overtaken DWS as the second-largest European ETF player, giving the latter more incentive to defend its market share. Asia is a sweet spot for growth, but governance and control from Deutsche Bank may limit options, Bloomberg Intelligence says.

Banking analyst Lento Tang says Woehrmann has been a proponent of consolidation in European asset management, but for Hoops, asset management is a new business. He started as a salesman at Deutsche Bank’s all-important fixed income division in the investment bank and also had a stint at Lehman Brothers Holdings.

In 2016, the threat of a $14bn settlement with the US justice department over its issuance of the kind of mortgage-backed bonds that helped spark the financial crisis shook confidence in the German lender and sent some clients fleeing. Sewing, who was a management board member in charge of the retail and wealth management unit at the time, was impressed how Hoops, who looked after institutional clients, worked the phones to prevent withdrawals, said the people.

After Sewing became CEO, he named Hoops head of the transaction banking business in 2018, a surprise move at the time because the division’s focus on the plumbing of financial services is less exotic than investment banking. Yet the experience set him up to lead the wider corporate bank when Sewing created it the following year.

That division saw revenue fall or stagnate for three straight years as negative interest rates eroded earnings from lending. Hoops responded by charging clients for deposits and cut costs last year by 15% compared with 2019. With central banks raising interest rates, the outlook for the business has improved and revenue rose 11% in the first quarter from a year earlier.

Colleagues praise his sharp intellect, focus on executing plans and leadership qualities including a communication style that embraces digital platforms such as LinkedIn. Detractors say he can be overly confident, an attribute that is not uncommon in banking. Hoops was a competitive basketball player and a fan of the Golden State Warriors.

He has also been connected to controversy at Deutsche Bank. In 2018, he played a role in the establishment of a joint venture involving a businessman, Daniel Wruck, whose ties to Deutsche Bank executives have since become a matter of scrutiny for German authorities.

Frommen says it is too early to say if Hoops is being groomed to be Deutsche Bank’s next CEO.

He has already worked in top roles in the investment bank and the corporate bank, and running DWS could give him the kind of senior management experience bank regulators look for when approving CEO appointments.

“I don’t think Sewing wants to put him in the spotlight just yet, because Sewing has given no signal that he wants to step back,” said Frommen. “But Hoops will have experience in the three key future businesses for Deutsche Bank.”