Dividend decisions of Gazprom and Rosneft will see the Russian state gaining the most, as it’s the biggest shareholder 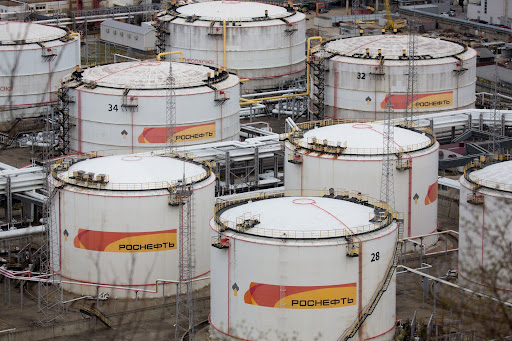 Russian oil behemoth Rosneft on Monday promised record dividends on the back of soaring prices, but some foreign investors may struggle to access the payout.

The board recommended 23.63 roubles a share for the second half of 2021, bringing full-year dividends to an all-time high of 41.66 roubles. That follows an announcement last week by Russian gas giant Gazprom, which proposed its highest ever payout after benefiting from a supply crunch in Europe.

The decisions of both companies will see the Russian state gaining the most, as it’s the biggest shareholder. Many foreign investors could have difficulties obtaining the payout following restrictions imposed by President Vladimir Putin.

Russian firms have to transfer money owed to investors or lenders from “unfriendly states” to special bank accounts in roubles, according to a March decree. Moving funds from those accounts — or converting them to another currency — is possible only by special permission, according to the Russian central bank.

Rosneft shares slid 2% to 393.50 roubles in Moscow, erasing earlier gains as the broader Russian stock market fell. Shareholders will vote on the dividend recommendation at the AGM on June 30.

The oil producer’s second-biggest shareholder is BP with a 19.75% stake. The UK energy major announced at the end of February that it would sell its Rosneft holding in response to Russia’s invasion of Ukraine.

Next is QH Oil Investments, which is controlled by the Qatar Investment Authority and owns a 18.46% stake. Qatar, unlike the UK, isn’t included in the list of “unfriendly states” published by the Russian government in March.

SA braces for more pain at the fuel pump

The rising petrol price has driven inflation forecasts higher, with some economists expecting it to peak above 7% in June
National
2 months ago

Boris Johnson’s government will impose a so-called windfall tax on the profits of oil and gas companies to help fund support for Britons facing a ...
Business
2 months ago