Tory legislator Bob Neill, who chairs of the justice select committee, has submitted a letter of no-confidence in Johnson to the chair of the backbench 1922 Committee 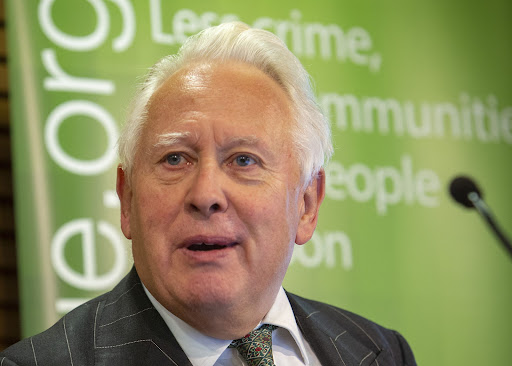 Another member of Boris Johnson’s Conservative Party called on the prime minister to resign after the release of an internal probe into lawbreaking in Downing Street during the pandemic, saying the British leader had undermined nation’s trust.

Tory legislator Bob Neill, who chairs the justice select committee, said he submitted a letter of no-confidence in Johnson to the chair of the backbench 1922 Committee, Graham Brady. If the number of rebels reaches 54, or 15% of Tory MPs, Johnson would face a vote on his position.

“I do not find his assertions, either that no rules were broken or that he was unaware of the breaches, to be credible,” Neill wrote in an article in Saturday’s Daily Telegraph. “It is in the national interest that the Conservatives win the next election, but it requires a change of leader for us to do so.”

Johnson escaped without a major rebellion as the so-called partygate scandal came to a head this week, with most Tory MPs deciding the illegal gatherings didn’t warrant bringing him down. The report, compiled by senior civil servant Sue Gray, laid bare humiliating details, including staff members drinking heavily, singing karaoke and even vomiting.

Neill’s statement serves as a reminder that however much the prime minister would like to move on from the scandal, the debate continues to fester in Westminster and across a nation still scarred from the ravages of the pandemic. Two special elections next month, one in the north and the other in the southwest, will send a message how much the electorate still trusts Johnson.

A handful of MPs have called on the premier to quit since Sue Gray’s report, the most damaging being that of Paul Holmes, a ministerial aide in the Home Office.

“Sue Gray’s report has highlighted a pattern of wholly unacceptable behaviour, spread over a number of months,” Neill said in a separate statement posted on Twitter. “These events have undermined trust in not just the office of prime minister, but in the political process itself.”

While Johnson said he was “appalled” by the findings of the probe, he has insisted it is time to draw a line under the matter. The prime minister has paid a fine over the affair, the first British leader found to have broken the law while in office and one of more than 80 officials penalised.

Chancellor Rishi Sunak has nicked Labour’s idea but given it a Tory spin, calling it an energy profits levy to distinguish it from the opposition’s ...
Opinion
3 weeks ago

MARTIN IVENS: Sue Gray’s probe carries as much weight as a party balloon