The former CEO of Transnet was among five senior executives arrested on Friday to face charges fraud, corruption and money laundering 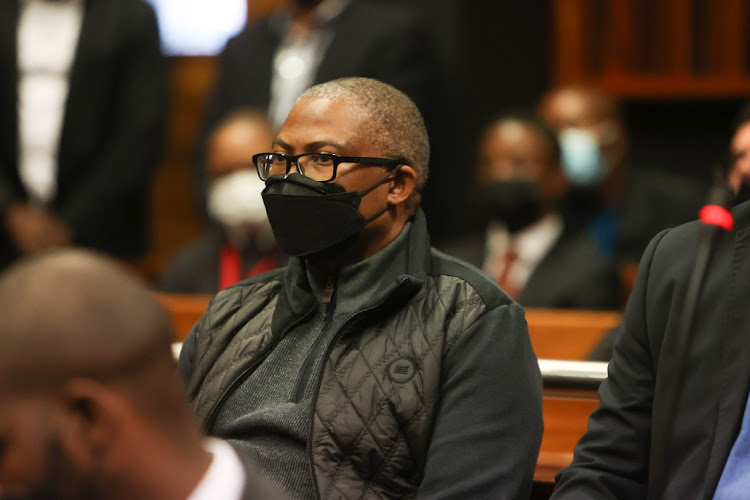 Former Transnet CEO Siyabonga Gama appears in the dock at the specialised Commercial Crimes court sitting at the Palm Ridge Magistrates court, south of Johannesburg, on May on 27 May 2022 2022. Picture: SUNDAY TIMES/ALAISTER RUSSELL

The other accused are Transnet’s former finance head Garry Pita, ex-treasurer Phetolo Ramosebudi and Trillian co-founder Daniel Roy. Gama, who was fired as CEO of Transnet in 2018, sought bail at a court hearing in Johannesburg.

TimesLIVE reported at the time that Moodley’s arrest on charges of fraud, theft, corruption and money-laundering was linked to contracts allegedly improperly awarded by Transnet to Regiments Capital and Trillian, as well as alleged theft by Regiments Fund managers from the Transnet Second Defined Benefit Fund.

Gama is among the former Transnet executives, including Pita, who state capture inquiry chair chief justice Raymond Zondo said should be investigated over transactions between the state-owned enterprise and the Guptas and their associates.

The arrest of the five represents the most high-profile detention of executives allegedly involved in state corruption during former president Jacob Zuma’s nine-year rule.

Delays of 24 hours were caused by floods in KwaZulu-Natal at the weekend, but businesses say the logistical fallout from the widespread flooding in ...
National
1 month ago