Last weekend, the app sent a pop-up alert in 13 different languages to users in the UK and Europe, where the majority of cases have been found 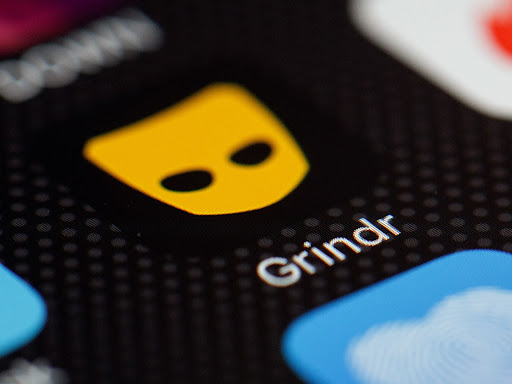 For years, the dating app Grindr has doled out sexual health tips to its more than 11-million users. Now, the app, which serves the gay, bisexual and transgender community, is using its platform to get the word out about monkeypox, a virus that’s long been endemic in parts of Africa, but has recently spread to countries including the US and UK.

Monkeypox is characterised by clusters of blister-like rashes, which health officials say has led to misdiagnosing the disease as common sexually transmitted infections. The virus also appears to be spreading in much the same way as STIs: through close, intimate contact. But repeated misdiagnoses could allow monkeypox to spread undetected — and would prevent those infected from getting the right treatment.

Typically, monkeypox is thought to spread via large respiratory droplets, contact with sores or the sharing of things like bed sheets or clothing with someone shedding the virus. Many of the new cases so far have been linked to men who have sex with men, which suggests the virus may be spreading through sexual networks, experts say. So Grindr has been working to get accurate information about the outbreak to its users. This past weekend, the app sent a pop-up alert in 13 different languages to users in the UK and Europe, where the majority of cases so far have been found. The alerts contained links to verified, up-to-date monkeypox information from public health authorities like the European Centre for Disease Prevention and Control.

“We see ourselves as the connective tissue between groups on the ground, like the European CDC and UK Health Security Agency, and our users,” said Jack Harrison-Quintana, the director of Grindr’s advocacy arm, Grindr for Equality. “Public health has long been built into the gay community.”

This public health history dates back to the earliest years of the HIV/AIDS crisis, which disproportionately affected the LGBTQ community and still does to this day.

The monkeypox strain presently circulating is typically mild and symptoms can resolve on their own, though effective antivirals are also available to treat the illness. Anyone can get monkeypox, but most of the cases associated with this current outbreak have been in men who have sex with men, according to the US Centers for Disease Control and Prevention. And though many of the cases have been identified in sexual health clinics, health officials have cautioned there’s no evidence yet of transmission occurring via seminal or vaginal fluids specifically.

“Monkeypox is not a sexually transmitted infection in the typical sense, but it can be transmitted during sexual and intimate contact,” said Laura Bachmann, chief of the CDC’s Division of STD Prevention.

Previous outbreaks of monkeypox have occurred outside of Africa, but normally those cases are associated with travel to the continent or are linked to spillover from infected animals. But the monkeypox cases in this most recent outbreak are occurring without evidence of either catalyst. That’s raising concerns that sexual contact could very well be what’s spreading the virus this time, experts said in several interviews.

Before now, sexual transmission of monkeypox was thought to occur infrequently if at all, according to a report from European health officials. Generally speaking, diseases can spread through multiple routes and, in recent years, studies have shown that several infectious diseases can actually spread through sex. The mosquito borne infections Zika and dengue can be sexually transmitted, for example, as can Ebola. Even Shigella, a common source of food poisoning, is increasingly recognised as a sexually transmissible bug.

Understanding the main pathways along which a pathogen spreads is critical for knowing how best to stop it.

While monkeypox is now using sexual networks to spread, it's unclear how exactly that became its mode of transmission, said Amesh Adalja, a senior scholar at the Johns Hopkins Center for Health Security in Baltimore.

“Is it the actual close, skin-to-skin contact, respiratory secretions that are spreading during sexual encounters? Or is it actually a sexually transmitted infection transmitting through body fluids that are exchanged during sex?” Adalja said.

The CDC says that clinicians should be on the lookout for rashes that occur in men who have recently had close, intimate contact with other men. The agency also lists travel to epidemic areas and contact with confirmed or suspected cases as reasons for heightened concern. Because monkeypox is not normally found in the US, it could be especially easy for clinicians to misdiagnose the telltale rash for an STI. But monkeypox requires different treatment than common STIs, so a proper diagnosis is critical.

Health officials in the US and in the UK are warning that the cases have already been confused for STIs. In a call with media Monday, doctors from the CDC said that one early infection was initially misidentified as “severe herpes,” rather than monkeypox.

The CDC has said that most of the cases identified so far have presented at sexual health clinics with sores located in the genital area, which might be confused for syphilis or herpes. Lesions on the genitals are less frequently associated with the disease, another feature of the recent outbreak making cases more difficult to diagnose. The most common site of the rash is usually the face, followed by the palms of the hands and the soles of the feet. Some of the recent cases also didn’t develop fever or any of the other usual flu-like symptoms associated with monkeypox, according to the CDC.

In Montreal, the first reported cases sought care at clinics specialising in sexually transmitted diseases. Health officials initially thought they were dealing with cases of chancroid, a bacterial disease that causes painful genital ulcers, until they heard about a monkeypox case in the US and changed the focus of their investigation, the Canadian Press reported Thursday.

While so far most cases have appeared in men who have sex with men, health officials have cautioned that this isn’t a disease that’s isolated to any one community.

“There’s a lot of stigma and discrimination that surrounds many diseases,” Andy Seale, from the World Health Organisation’s Department of Global HIV, Hepatitis and STD Programmes, said during a Q&A on Monday. “While we’re seeing some cases among men who have sex with men, this is not a gay disease.”

The European Centre for Disease Prevention and Control has also said that it’s prioritising community engagement and that efforts should be made to ensure stigmatisation doesn’t occur around monkeypox based on sexual orientation.

“Risk communication messages could also state that monkeypox virus infection is not indicative of someone’s sexual orientation nor that the latter influences their susceptibility to the disease,” the agency said in a report.In the US, the CDC is co-ordinating with partners in the LGBTQ community to raise awareness about monkeypox, which includes working with the sexual health organisation Building Healthy Online Communities to explore bringing information about the outbreak to dating apps — much like Grindr’s recent efforts in the UK and Europe.

“Some groups may have a greater chance of exposure right now,” said Christina Hutson, head of the CDC’s Poxvirus Branch. “But by no means is the current risk of exposure to monkeypox exclusive to the gay and bisexual community.”