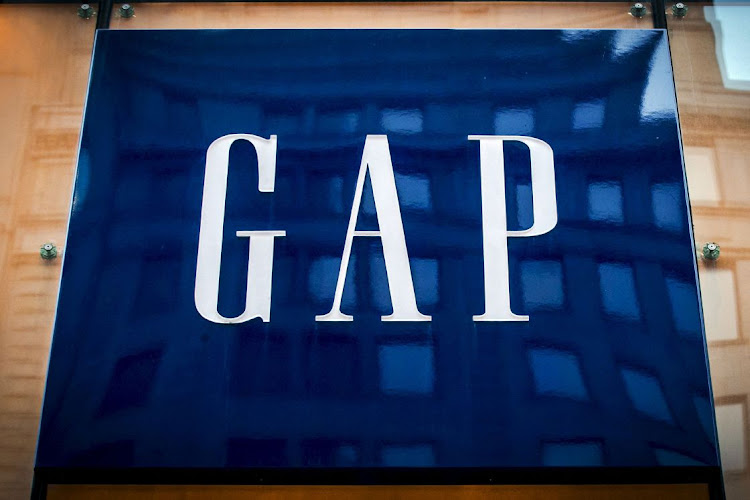 The sign for a Gap store is seen on 5th avenue in midtown Manhattan in New York, US. File photo: REUTERS/BRENDAN MCDERMID

Gap sank after lowering its full-year forecast and posting first-quarter profit that missed Wall Street expectations due to operational missteps and higher costs.

The apparel retailer, which owns the Old Navy, Banana Republic and Athleta brands, posted a loss of 44c a share in the quarter ended April 30 — below analysts’ average estimate. Full-year earnings, excluding some items, are now seen at 30c to 60c a share, which is well below the $1.85 to $2.05 range previously provided.

The shares fell as much as 20% in early New York trading on Friday and were on pace to open at their lowest level in two years.

The results were especially surprising since Gap had cut its sales outlook barely a month ago, citing “execution challenges” at Old Navy, its biggest business. Thursday’s report showed that the Athleta brand is also performing well below expectations. And gross margin, a key measure of profitability, was 31.5% in the quarter, below analysts’ average estimate of 35.3% and down 930 basis points from a year earlier.

“After the company pre-announced weak top-line results on April 21, many assumed we knew the bad news,” Citigroup analyst Paul Lejuez wrote in a note to clients. “But significantly weaker margins in the first quarter, a miss at Athleta, and the magnitude of the guidance revision were even worse than market fears.”

Total same-store sales, a key retail metric, fell 14% in the quarter, while analysts had expected a decline of 9.9%.

The quarterly results and bleaker forecast “reflect industrywide headwinds as well as challenges at Old Navy that are impacting our near-term performance,” CEO Sonia Syngal said in a statement. Higher costs and Covid-19 lockdowns in China also hurt profits. Gap expects performance to improve slightly in the second half of the year.

Consumer companies are struggling to maintain profitability amid rising costs. Gap’s fuel and freight costs soared in the first quarter while higher prices pinched the wallets of low-income shoppers more than expected, prompting the company to discount bloated inventories.

In an earnings call with analysts, Gap executives said mismanagement of the company’s plus-size line rollout hurt sales. The retailer said it overestimated demand for larger sizes, which was exacerbated by the lack of stock for core sizes due to supply-chain woes. Gap will continue to offer its plus-size line online but has cut a “significant portion” of extended sizes from orders for the third quarter.

The brand will “monitor demand and refine as necessary,” CFO Katrina O’Connell said.

Upscale apparel chain Banana Republic stood out among Gap’s portfolio of brands, with same-store sales rising 27% in the quarter as customers head back to offices and social events, Gap’s management said on the call.

Shoppers turned away from Old Navy staples like active and leisurewear and fleece apparel in favour of khakis, work pants and dresses. The retailer also said it expects demand for occasion and office clothes to remain elevated for the rest of 2022.

The San Francisco-based chain was joined by American Eagle Outfitters, which also cut its outlook for the full year after reporting first-quarter earnings that missed analysts’ estimates. American Eagle shares fell 13% in premarket trading on Friday.

Company to dispense with franchise as it announces pretax profits of £522.9m
Companies
1 month ago

The online retailer is in talks with potential investors to raise about $1bn, insiders say
News
2 months ago
Next Article