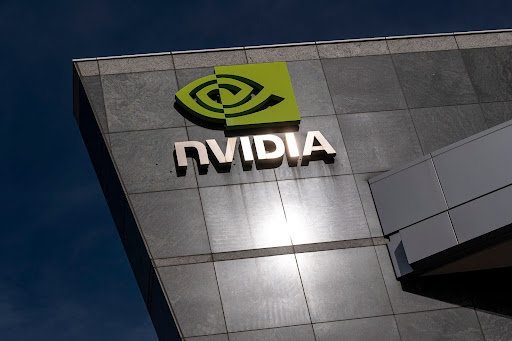 Nvidia Corporation, the largest US chipmaker by market value, slid in premarket trading after China’s Covid-19 lockdowns and the war in Ukraine weighed on its sales forecast.

Revenue in the this quarter will be about $8.1bn, the company said on Wednesday. That compares with an $8.44bn average analyst estimate, according to data compiled by Bloomberg.

The outlook reflects the continuing supply chain chaos in China, where Covid-19 lockdowns have disrupted production and transportation lines. That has made it harder for companies such as Nvidia to capitalise on still-growing demand for chips.

Nvidia also cited Russia, which invaded Ukraine and drew widespread sanctions earlier this year, for hurting its outlook. Together, the problems will cut sales by about $500m this quarter, Nvidia said.

“The supply chain has been problematic,” CEO Jensen Huang said on a conference call with analysts. “We’re doing our best.”

The share price fell about 5.5% in premarket trading in New York, up from a drop of as much as 10% in extended trading. Nvidia’s stock had gained 5.1% before the close on Wednesday, but remained down 42% for the year — the victim of a broader rout afflicting the chip market.

Investors have grown concerned that a surge in semiconductor demand during the pandemic years will fade, setting up one of the industry’s hallmark boom-and-bust cycles. But Nvidia’s growth in its financial first quarter suggests that demand remains strong.

Revenue from data-centre chips grew 83% to $3.75bn, also above projections. Cloud providers are increasingly relying on Nvidia’s processors to handle artificial intelligence. That has helped Huang transform the company from a niche graphics-card manufacturer to a chipmaking powerhouse.

“We expect to see data-centre demand remain strong,” he said.

Gaming revenue climbed 31% to $3.62bn last quarter, while what are known as professional visualisation sales rose 67% to $622m. A weak spot was automotive revenue, which declined 10%.

Nvidia’s gross margin, the percentage of sales remaining after deducting costs of production, will be about 66% this quarter, in line with the previous three months.

Nvidia’s tepid outlook overshadowed its strong results, and it follows similarly downbeat forecasts from other major tech providers. Companies such as Cisco Systems and Applied Materials. have cut guidance because of the situation in China.

Nvidia CFO Colette Kress said that China lockdowns also have softened demand locally. “You have very large cities that are in full lockdown,” she said. “So it’s impacting our demand.”

Russia, meanwhile, has historically represented about 2% of Nvidia’s revenue. And it has been an even bigger piece of the company’s gaming business, Huang said. Nvidia halted sales to the country earlier this year after the Ukraine invasion.

The full effect of the situation in Ukraine and China, Huang said, is “difficult to predict”.

Intel to buy Israeli chipmaker as it takes on Taiwanese rival