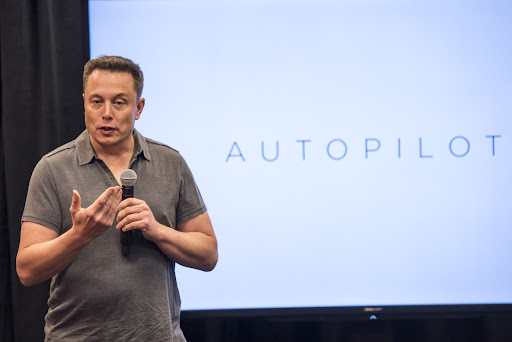 “Tesla is building a hard-core litigation department where we directly initiate and execute lawsuits,” Musk tweeted. He wrote that the team would report directly to him and declared he was looking for “streetfighters” and “out for blood”.

At first, the film’s director and producer, Emma Schwartz, didn’t know what to make of Musk’s posts. It seemed likely they were in response to Insider’s report that SpaceX had paid $250,000 to settle a sexual misconduct claim a former flight attendant made against the billionaire in 2018.

Then again, “that was SpaceX, and he was saying he wanted to start a litigation department at Tesla,” Schwartz said in an interview on Monday. She wondered if something else was happening with the carmaker, such as potential regulatory action. The documentary notes in its closing credits that the US National Highway Traffic Safety Administration has opened two defect investigations into Tesla’s driver-assistance system Autopilot.

The probes are not the only reasons to suspect something is up in Washington pertaining to Tesla.

The Securities and Exchange Commission (SEC) has been probing whether Musk and his brother Kimbal, a Tesla board member, violated insider-trading rules when the two sold shares in the carmaker late in 2021. The SEC also sent Tesla a subpoena in November about a subject that refuses to go away: Musk’s tweeting and the carmaker’s governance and compliance processes.

And in April, Tesla disclosed that the Equal Employment Opportunity Commission had started investigating the company before California’s civil rights agency alleged racism was rampant at its California car factory, and claimed it was caught up in a “turf war” between the federal and state regulators.

It would be entirely unsurprising, however, if Musk’s lawyering up does indeed have to do with a clash over the safety of Autopilot and the Full Self-Driving features that Tesla has been selling for years before they live up to their name. And if this is what’s happening, it would be a mistake to fall for Musk’s framing of what’s to come as politically motivated “dirty tricks” intended to derail his fight for free speech.

In two of the most memorable moments in Schwartz’s documentary, former NHTSA spokesperson Bryan Thomas and former National Transportation Safety Board chair Robert Sumwalt describe what happened when their agencies informed Tesla they were opening investigations into two fatal crashes involving Autopilot — the first in Florida in 2016, and the second two years later in California.

Thomas recounts how Musk started shouting at NHTSA’s general counsel, accusing the agency of unfairly singling Tesla out and suggesting the company would sue. Musk was similarly argumentative and threatening towards the NTSB before hanging up on Sumwalt.

Both these incidents were reported previously, but this doesn’t take away from the drama of Thomas and Sumwalt’s retelling. Tesla is also starting to feel actual consequences: S&P Dow Jones Indices cited how the company had handled NHTSA’s investigation of deaths and injuries linked to Autopilot as among the reasons it removed the company from the ESG version of the S&P 500 index.

Schwartz said it was difficult to convince former Tesla employees to go on camera for the documentary because of Musk’s influence and litigiousness. One of the factors that worked in her favour was that Musk has freely spoken many times over the years about Tesla being on the cusp of solving self-driving, only to emphasise the limitations of its driver-assistance system when crashes occur.

“So many years have gone by with so many promises,” she said. “Especially with the launch of the FSD beta, it’s kind of ratcheted up the question even further. And while it’s not like we’ve seen loads of fatal accidents — which certainly the Tesla fans will note — it’s also pretty clear that the technology is a long way off from being fully self-driving.”