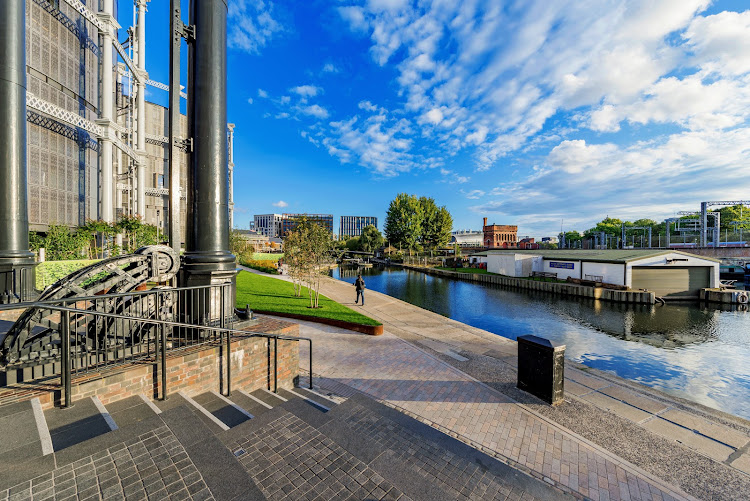 In the City of London’s 1980s’ heyday most well-behaved investment bankers paid little heed to King’s Cross, then a seedy, drug-ridden den of vice a few kilometres away from their trading floors and wine bars. Today the area attracts tech giants, start-ups and global investors, even as the centuries-old heart of London’s financial world stands still.

At the heart of the renaissance is Alphabet, which has built Google’s £1bn UK headquarters and housed artificial intelligence powerhouse DeepMind in the area. The British base of Meta Platforms Is close by. Early investors LocalGlobe and Balderton Capital are based locally and have funded fintech firms ranging from Wise to Revolut.

Start-ups are springing up in an area that woos a young, diverse crowd with slick, modern shops and restaurants. In the City, the pubs may still be busy — when workers are in their offices — but public listings have dried up, dampening the appeal of traditional finance.

Staff have noticed, with 57% of new hires into venture capital jobs in 2021 moving from investment banking, according to recruitment firm Dartmouth Partners. Venture capital firms hired more juniors in 2021 than in any other year it has tracked, Dartmouth said.

The shifting fortunes of the two areas highlights the changing face of London’s financial sector, an industry that has powered the British capital for centuries. A growing disparity between the private and public markets is affecting everything from where people work to the future of pension investments for the UK’s young labour force.

It’s a revolution with an international face. Sequoia Capital, Silicon Valley’s top venture shop, and its US rival General Catalyst have set up London offices in the past year, building teams to chase European deals and invest in British and continental firms.

“The UK is a great place to start a company now, from a talent perspective and funding perspective,” said Alex Lim, a managing partner at Blossom Capital, an investor in payments firm Checkout.com, the UK’s most valuable start-up. The country still lags behind several US locations, said Lim, who recently relocated to London from California. “But it’s rapidly catching up.”

UK-based start-ups raised $9bn in the first quarter of 2022, according to KPMG’s latest Venture Pulse report, continuing a consistent run that has seen venture funding outshine public markets over the past year.

A government-backed report found that in 2015 the City of London produced £46.7bn worth of goods and services, £3bn more than Camden and Islington, the London boroughs home to King’s Cross. That shows the balance is tipping, says Saul Klein, co-founder of King’s Cross-based venture capital firm LocalGlobe.

The City of London is being eclipsed “for the first time in 2,000 years”, Klein said. “This is when this neighbourhood becomes the centre of London.”

The boom is being at least partly underwritten by the UK government, which launched a rescue fund for start-ups, the Future Fund, at the start of the pandemic in early 2020 and injected £1.14bn into 1,190 companies via convertible loans. It now holds an equity stake in 335 of those, the British Business Bank, which administers the fund, said in a statement.

They include Century-Tech, an artificial intelligence education specialist; Ripple Energy, which enables customers to own shares of a wind farm; and Vaccitech, a University of Oxford spin-off that designed AstraZeneca’s Covid-19 vaccine. Vaccitech listed in New York a year ago.

In the City, things are very different. London may be leading all other European cities with $25.5bn in fresh investment for unlisted tech firms, but it is proving harder to convince highly valued operations to go public in London.

“The UK is still by far the largest venture capital market in Europe, and is continuing to go from strength to strength,” said Ed Lascelles, partner at Albion, a venture capital firm. “But when companies get to a certain size, the sophistication, the sheer amount of money available for them is just much greater from the US than for any other location.”

Higher valuations in the US are luring UK start-ups to list across the Atlantic, among them electric vehicle maker Arrival, online health firm Babylon and used car dealer Cazoo. That means most of the returns generated by these British companies are limited to investors in US equities.

“Institutional investors in the US are the ones that are really accruing the value,” said Dom Hallas, executive director of start-up advocacy group Coadec.

To be sure, global listing activity is down in a year dominated by worries about rising inflation, interest rates and Russia’s invasion of Ukraine. Initial public offerings in the UK tally about $793m this year, after posting their worst first quarter since 2009, according to data compiled by Bloomberg. Only three London offerings, all by special purpose acquisition companies, have raised more than $100m.

That in turn is beginning to drag down the lofty valuations of fast-growing start-ups, and there are signs that 2022 will be a subdued year in private technology markets across the globe, including the UK. A steep tech sell-off is making venture capitalists more cautious about financing start-ups. But sharp market swings are also a disincentive for unicorns eyeing an IPO, pushing them back towards private fundraising.

This abundance on the private side is attracting talent to venture capital from traditional banking jobs, despite the attractive pay and bonus packages in long-established firms.

“Sitting on the trading floor looking at quants coding my job away, I often found myself asking why I was in a seat where my personal views would probably not even count five years away,” Shaw said.

She accepts that she is now behind former colleagues in terms of pay, but says she is highly motivated by the work she is doing. “Now, I get to spend my time meeting a bunch of interesting people actually designing solutions to build a better future.”

Lizzie Louis, executive director at Dartmouth Partners, talks of a “candidate-driven market” in which Gen Z applicants take a different view of employment than millennial predecessors, and the growth of private equity means there is a wider range of jobs available to them.

“Investment banking is no longer the sole option for this talent pool — they have several alternate and attractive opportunities available,” Louis said.

In the City itself, leaders see no reason to panic. Start-ups funded by venture capital directly benefit investment banks, said Julian Morse, CEO of Cenkos Securities. “Venture capital tends to come first and if they do well they’re ready for the quoted markets. It’s different stages of the risk profile.”

Alasdair Haynes, CEO of Aquis Exchange, was unfazed by the rise of King’s Cross and venture capital. “Anything which adds to London’s status and growth is ultimately good for the ‘City’,” he said.

“The City is a concept as much as a geographical location.”

Q&A: Angel investor Errol Damelin picks problems for which he wants to find ...

Q&A: Angel investor Errol Damelin picks problems for which he wants to find ...