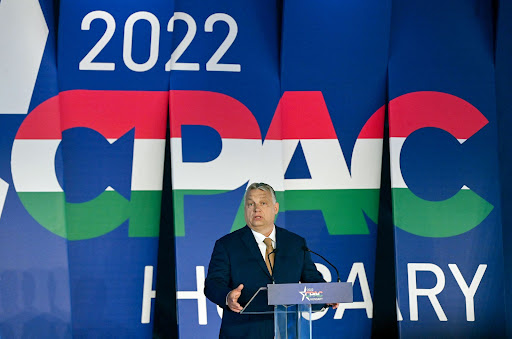 Days after taking office for a fourth consecutive term, Hungarian Prime Minister Viktor Orban set out his programme to override the checks and balances of liberal democracy and take complete control of his country.

As he told US right-wing celebrities last week at an event in Budapest that included video messages from Fox News host Tucker Carlson and former president Donald Trump, the recipe includes building your own media and institutions. And, above all, it means ditching established political norms to “play by our own rules”.

Even before his cabinet’s swearing-in ceremony on Tuesday, the 58-year-old leader put that plan into action, changing the constitution to allow his government to rule by decree in emergencies and giving his chief of staff oversight of the nation’s intelligence services, moves that his critics say further tighten his control of the EU member state.

“We must not be discouraged by being shouted at, by being labelled unfit, or by being treated as troublemakers,” Orban said in the keynote speech at the Conservative Political Action Conference. “In fact, it is suspicious if none of this happens. Please note that anyone who plays by the rules of his opponents will certainly lose.”

Orban, who won his fourth consecutive landslide election victory in April to become the EU’s longest-serving head of government, has clashed with the bloc over issues ranging from opposing an EU ban on Russian oil over the war in Ukraine to immigration and the rule of law. Now he is the banner carrier for nationalists worldwide, with Trump praising him as a “great leader” in a video stream at the conference.

His stance has left him more isolated, with erstwhile ally Poland distancing itself from Hungary over its reluctance to confront Russian President Vladimir Putin, while political defeats of Trump, former Israeli prime minister Benjamin Netanyahu and French right-wing firebrand Marine Le Pen have left him with fewer allies on the world stage.

But that has not slowed his approach. Since 2010, he has overhauled Hungary’s constitution over the protests of opposition parties, appointed loyalists to formerly independent institutions such as the media regulator and extended his influence over the courts, media, education and cultural spheres at home while nurturing close ties with Russia and China abroad.

After years of standing by while he consolidated power, the EU finally created a mechanism to strip wayward members of billions of euros in development funds if they failed to adhere to the bloc’s democratic values.

While the EU triggered the mechanism against Hungary days after Orban’s election victory, the premier has not bowed to Brussels and instead appeared to press ahead with the self-styled “illiberal” approach that has been compared with Putin’s governing style.

“Expecting Orban governments to exercise restraint is like the Loch Ness monster: everybody is talking about it, but nobody has really seen it,” said Peter Kreko, director of the Political Capital think-tank in Budapest.

Hours before a swearing-in ceremony for his new cabinet on Tuesday, Orban’s ruling Fidesz party pushed through the constitutional amendment expanding the right to rule by decree during emergencies. The legislation includes a dispensation for war in a neighbouring country, as is the case with Russia’s war on Hungary’s eastern neighbour Ukraine.

A senior legislator from Orban’s party last week called on the new minister overseeing intelligence agencies to target media outlets and civil groups who are deemed to represent foreign interests.

The premier also announced he would shift the portfolios of health care and education from the human resources ministry to the interior ministry, which is normally charged with law enforcement.

“What we see in the new government is the further strengthening of centralised control,” Kreko said. “There is no shift in the government’s strategic thinking or even its rhetoric, even as the country is growing more and more isolated on the European stage.”