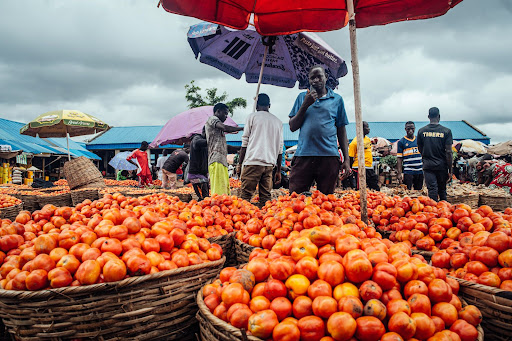 The monetary policy committee voted to hike the rate by 150 basis points (bps) to 13%, Governor Godwin Emefiele said Tuesday in a televised briefing in the capital, Abuja. That’s the first increase since July 2016. Only two of 10 economists in a Bloomberg survey forecast an increase — one by 25 basis points and the other by 50 bps.

The move comes as the US Federal Reserve and European Central Bank adopt increasingly hawkish stances that have reduced the appeal of Nigerian assets to offshore investors, triggered capital outflows and currency weakness. The naira’s depreciation, which is also being fuelled by politicians stocking up on dollars before Nigeria’s primary elections, has added to inflation risks worsened by Russia’s war with Ukraine, extreme weather and pandemic-related supply-chain disruptions.

“While it may seem contradictory to raise rates in the face of fragile growth, it is a dilemma that most central banks around the world today are grappling with at this time,” Emefiele said. “On balance, it is quite clear and compelling that attacking inflation is more urgent in the sequence of policy objectives in this regard.”

The MPC’s decision to hike was unanimous, with six members voting to raise by 150 bps, four by 100 basis points and one by 50  bps. The yield on Nigeria’s 2047 Eurobonds fell almost four basis points to 11.565% after the announcement.

The increase comes after economic growth in Africa’s biggest economy slowed for a third consecutive quarter, expanding 3.1% in the three months through to end-March, compared with 3.98% in the fourth quarter of 2021, according to data released by the National Bureau of Statistics. The central bank sees the economy expanding 3.24% in 2022, unchanged from the last MPC meeting in March.

Inflation, which hit an eight-month high of 16.8% in April, exceeding the top of the central bank’s 6% to 9% target band for almost seven years, is expected to trend upward, Emefiele said.

A separate Bloomberg survey of 13 economists project inflation will average 15.8% this year, compared with a previous forecast of 13.9%.

While the rate increase may help prop up the naira and anchor inflation expectations, it’s likely to draw criticism from some politicians as the nation prepares to vote early next year and four in 10 Nigerians live below the poverty line.

Increase to 19% follows Bank of Ghana's 250 bps  hike in March, the largest in its history
World
1 month ago