Those working in the day will have their beds occupied by the night shift while they’re on duty, and vice versa, one source says 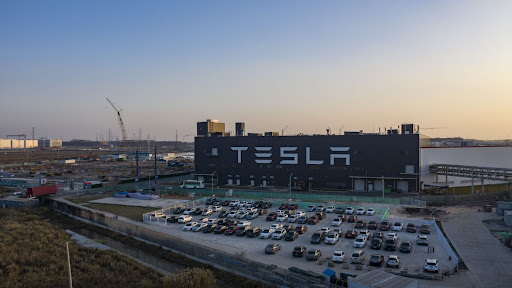 Tesla is isolating thousands of workers in disused factories and an old military camp in China to ensure they are Covid-19 free, part of a large-scale plan by the electric-car maker to ramp up production at its plant in Shanghai as the city emerges from lockdown.

The staff will be used to create a second shift at Tesla’s Gigafactory south of Shanghai — which was shut down for weeks from late March because of the city’s lockdown — recently resuming some production under a special, so-called closed-loop system approved by the authorities.

The workers need to be quarantined for between 48 and 72 hours to meet government requirements to be able to join other employees already inside the factory “bubble”, according to people familiar with the situation.

Once the two batches of staff are joined together, they will be housed in the campsite and vacant factories close to Tesla’s plant fitted with mobile toilets and shower facilities, the people said, asking not to be identified because the plans are private. They’ll be shuttled each day from the temporary accommodation to the manufacturing site in special buses.

Employees currently in the first shift have been sleeping on the floor of the Gigafactory itself since mid-April, working 12-hour stints, six days a week, to revive production after the three-week total shutdown.

A representative for Tesla in China said no further updates could be shared as yet regarding the factory’s status.

The logistical gauntlet Tesla is negotiating just to resume near-normal production shows the challenges faced by companies seeking to continue operations in Covid-19-Zero China. While the rest of the world is normalising and living alongside the virus, China persists in trying to stamp it out, using evermore disruptive measures — from repeated mass testing to movement restrictions — to achieve those ends.

Closed loops have been promoted by officials as a way to restart industry while limiting virus transmission risk. But the toll on workers is significant, with staff constantly tested and monitored for Covid-19, and confined to a loop that only includes the workplace and their sleeping quarters, separated from their families and outside society.

China is Tesla’s most-important market after the US and its Shanghai factory, capable of producing about 2,100 cars a day when running at full speed, supplies the country’s vast domestic market as well as exports vehicles to other parts of Asia and Europe. The production halt due to the lockdown put a major dent in Tesla’s output.

While having more workers in the closed loop will help bolster Tesla’s production, space restrictions mean they’ll need to share beds in the makeshift dorms. Those working in the day will have their beds occupied by the night shift while they’re on duty, and vice versa, one of the people said.

US-based Tesla had been wanting to use vacant government isolation centres — makeshift sites that China uses to quarantine Covid-19 cases and their close contacts — to house its workers, but the disused factories and military training camp proved more feasible, one of the people said.

It may take until at least later this week to resume full production at the Gigafactory, given that workers will return to the site in groups and not all at once, and the supply of vehicle parts is still patchy, the people said.

Officially, Shanghai has been easing the lockdown that kept its 25-million residents homebound for nearly two months. But China’s dogged adherence to stamping out the coronavirus at all costs has meant the reality is somewhat different with many restrictions remaining in place and residents required to get special passes to leave their apartment blocks. Many businesses, including restaurants, are still shuttered.

Despite the lockdown-induced issues being weathered by Tesla’s factory in Shanghai, Musk still predicts China’s economy will overtake the US
News
1 month ago