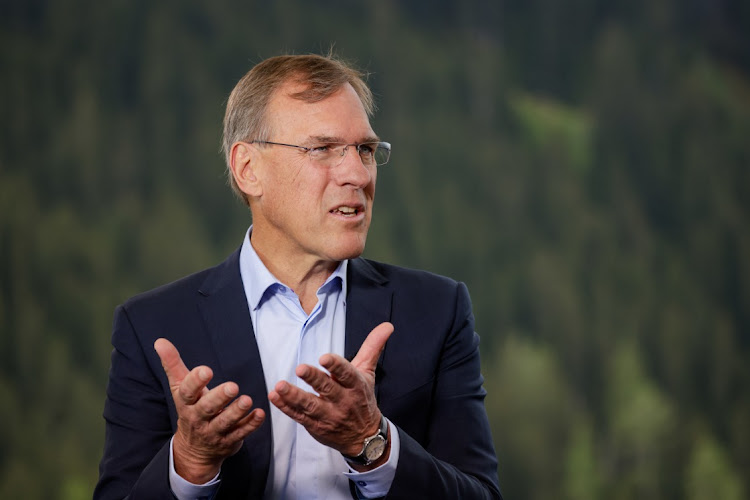 At the first in-person Davos gathering in more than two years, one topic among banking bosses was the people not there — workers who are choosing to work from home in the wake of the Covid-19 pandemic.

CEOs who gathered at the Swiss resort for the World Economic forum showed there is still a divergence of approach about the future of work, even as many countries have rolled out comprehensive vaccine programmes and guided people to return to their normal lives.

Richard Gnodde, CEO of Goldman Sachs International,  one of the most ardent return-to-office banks, told the Davos gathering that 70% of Goldman’s workforce are now typically in the office on any given day and that the number is “drifting up”. That compares to about 80% or 85% before the pandemic.

Gnodde stressed that flexibility had always been part of Goldman’s approach and will be “absolutely part of the future, but we’re a work-in-the-office place and I think that’s where people will spend a lot of their time”.

For Credit Suisse CEO Thomas Gottstein, there’s no going back to how things were. In contrast to what is happening at Goldman, Gottstein said: “We will never go back to the old 80% to 90% of the people in the office.”

About 60% of Credit Suisse’s employees should be working from the office according to its updated policies, Gottstein said in an interview at Davos on Monday. The actual number coming in is 37%, and it is “unrealistic” to expect staff to return to their workplaces full-time, Gottstein said.

Over at UBS, CEO Ralph Hamers said two-thirds of the workforce will probably always work in a hybrid way. But teams will need to co-ordinate times they can be in together, he said. “If you want to coach, if you want to transfer experience, if you want to plan, then there is a merit to being together. But that doesn’t mean you have to be in the office every day,” Hamers said.

The division between US and European banks, which appeared as firms started to move on from blanket remote working, continues, comments made at Davos showed.

Yet, in another way, Goldman has departed from traditional ways, earlier in May announcing unlimited vacation for senior staff. Gnodde said the eye-catching policy was designed to ensure those people actually take some time off. “We really want to make sure that people take vacation and take consecutive days,” Gnodde said.

The changes to working practices from time in the office to more encouraging attitudes to holiday are part of an effort by lenders to attract and retain talent.

Hamers said in at interview at Davos that UBS is trying to offer flexible working conditions both for people at the lender today and also the generations to come.

In the meantime, the CEOs themselves have been enjoying the May gathering of Davos, in contrast to its normal January fixture amid the Swiss snow, according to Richard Edelman, CEO of public relations firm Edelman.

“Davos has been actually great because its smaller, CEOs are really looking to talk,” Edelman said in a Bloomberg Television interview. Plus, he said, it is “less cold”.

Dimon will keep the award, but such votes are closely followed as a test of investors’ attitudes towards executive pay
Companies
1 month ago

Citigroup hunts for new manager in Delta One unit

Search follows the departure of Ali Omari, who lead the EMEA unit
Companies
1 month ago

Now that people are back working in offices as well as remotely, Microsoft has had to rethink how to make meetings more accessible for everyone
News & Fox
2 months ago
Next Article