Law catches up with Ricardo Linares, 42, and his brother Luis Enrique, 40, after brazen run 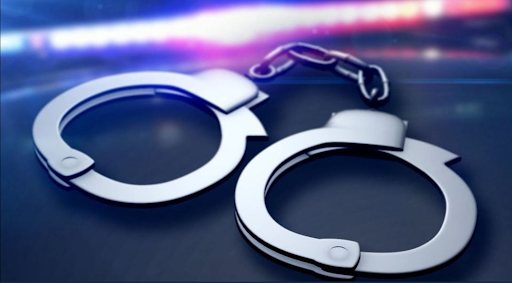 The Martinelli Linares brothers made a brazen run from justice that included slipping out of the US by boat, taking an Uber from El Salvador to the Guatemala border, then boarding the family’s private jet to return home to Panama.

Their attempt failed as their lawyers were negotiating plea deals with federal prosecutors in Brooklyn, New York. But the law caught up with Ricardo Alberto Martinelli Linares, 42, and his brother Luis Enrique, 40, sons of former Panamanian president Ricardo Martinelli.

They were each sentenced on Friday to three years in prison for conspiring to launder tens of millions of dollars in bribes at the behest of their father. The laundering was part of a huge corruption scheme at Brazilian construction conglomerate Odebrecht and its affiliate, Braskem.

“The word that comes to mind when I look at this case is arrogance,” said US district judge Raymond Dearie at their sentencing hearing in Brooklyn. “It just seems like two arrogant young men.”

Dearie, who also fined them $25,000 each and ordered them to forfeit $18.8m, rejected a request by prosecutors to sentence them to as many as 11 years in prison. Defence attorneys asked for their release on time served, or almost two years that they spent behind bars in Guatemala and the US. They said conditions at the federal jail in Brooklyn are inhumane.

The brothers were arrested in July 2020 on the Guatemalan border at the request of American prosecutors. Both pleaded guilty to one count of conspiracy to launder money in December 2021 after fighting extradition for more than a year.

They opened and managed a network of secret shell companies and bank accounts used to launder about $28m in bribes from Odebrecht. Prosecutors said it was for a high-ranking Panamanian official who was a close relative, but defence lawyers identified him as their father.

Attorney Sean Hecker, who represents Ricardo Alberto, said the brothers have suffered enough and co-operated with prosecutors. “The sins of the father are being laid at the feet of the sons,” Hecker said.

Ricardo Alberto, speaking in court, said he overcame a deep sense of shame growing up as a gay man in a patriarchal society, but he will carry remorse for his crime for the rest of his life.

Luis’s attorney James McGovern disputed that the brothers are arrogant. Rather, he said, they were “two scared little boys of a very, very domineering father”.

The Odebrecht prosecution was one of the largest transnational bribery schemes yet uncovered, involving at least 10 Latin American nations. From 2001 to 2016, the company paid out about $788m in bribes to government officials to win multimillion dollar contracts from state-owned companies, according to US authorities.

Luis used bribe money to make investments for the family — including $9.5m in a cellphone company service and millions more in stocks and bonds, prosecutors said. Luis also bought a $1.7m yacht and a $1.3m Miami condo. Ricardo spent thousands of dollars to pay off personal expenses on his American Express account, the US said.

Odebrecht and its Braskem affiliate pleaded guilty to conspiring to violate US antibribery laws and paid $3.5bn over the corruption scandal known as Operation Carwash. The brothers were intermediaries in bribes paid by Odebrecht for public works projects, including the Panama Metro. Panama estimates the scheme cost the country hundreds of millions of dollars.

Their father, the scion of Panamanian landholders and an ex-Citigroup banker, was once Latin America’s most popular president, serving from 2009 to 2014, overseeing economic growth rates as high as 11% while in office. But after leaving office, his successor launched a series of investigations.

Martinelli fled the country in 2015 just days before the nation’s Supreme Court voted to investigate him on corruption charges. He was imprisoned in Miami and extradited to Panama in 2017 to face trial for allegedly using public funds to illegally spy on political opponents. He was cleared of wrongdoing in 2021.

Martinelli had a net worth of $1.1bn in 2015, according to Bloomberg Billionaires Index and owns Panama’s largest supermarket chain, Super 99.

Panama’s attorney-general’s office has requested Martinelli face trial for allegedly receiving bribes from Odebrecht in exchange for public works projects. He launched a new political party last year and has expressed interest in running again for president of Panama. A poll in January showed him leading potential 2024 presidential candidates with 40% support to 20% for his nearest rival.

Former World Bank economist promises to modernise the state, create jobs and govern with 'transparency and austerity'
News
2 months ago

International Consortium of Investigative Journalists says the files are linked to about 35 current and former national leaders and more than 330 ...
World
8 months ago

International Consortium of Investigative Journalists says the files are linked to about 35 current and former national leaders and more than 330 ...
World
8 months ago
Next Article

US and Brazil crank up pressure on Venezuela President Nicolas Maduro

US and Brazil crank up pressure on Venezuela President Nicolas Maduro