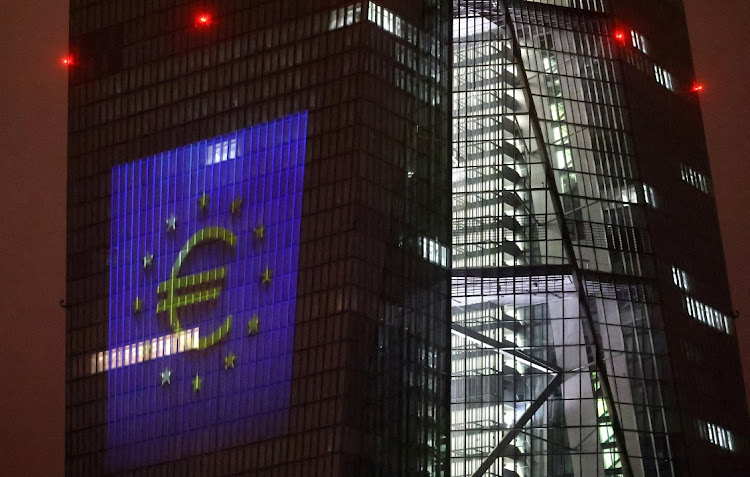 A divergence of opinion is forming among Europe’s top banking regulators which could weaken efforts to prepare the financial sector for climate change, according to people familiar with the matter.

The European Central Bank is poised to get the power to oversee so-called transition plans by 2025, in which lenders map out their path to a carbon-neutral future. Yet several national officials who sit on the ECB’s supervisory board are sceptical that climate risks merit new rules to address them, and some are wary that the initiative exceeds the central bank’s mandate, said the people, who asked to remain anonymous because their discussions are private.

The debate has the potential to alter the force with which the ECB will push for higher capital requirements for lenders that are exposed to climate risks. Energy security concerns after Russia’s invasion of Ukraine are also weighing on some officials who had expected to work later this year on integrating climate into the framework the ECB uses to set the capital bar for individual lenders.

At the heart of the disagreement is the question of whether the job of ensuring banks manage climate risks could cause regulators steer the flow of credit. Lenders are exposed to potential losses from climate change from severe weather, through polluting borrowers going out of business, or both.

Some see the ECB fully aligned with its role of keeping the financial system safe and sound as the economy is radically overhauled to mitigate climate change. Others view climate risks as being more contained and are hence concerned that taking a broad approach to overseeing banks’ net-zero transition plans could result in the ECB directly or indirectly telling institutions to cut certain industries off from credit, said the people.

European politicians are taking a more aggressive approach to fighting climate change than peers in the US or elsewhere by enlisting the finance industry to move companies away from polluting businesses or face the prospect of losing funding. The ECB has also been at the forefront of the effort to ensure that banks are ready for climate change, and is running a landmark stress test this year.

Frank Elderson, the deputy chair of the supervisory board who has been a key driver of the central bank’s climate agenda, argues that the ECB isn’t overstepping its mandate.

“This explicit new competence to supervise transition plans should not be interpreted as stretching beyond the current risk-based focus of supervision,” Elderson said in a blog post last month. “In fact, the opposite is true: it helps supervisors to ensure banks adequately manage climate-related risks.”

The European Commission proposed in October that banks should be obliged to assess whether they’re aligned with the EU’s ambition of becoming climate-neutral by 2050 and make plans for addressing risks from not falling in line in the short, medium and long term.

Elderson says that would mandate the ECB to check those plans and to require banks “to implement mitigating measures” if any misalignment to the EU’s goals means they’re not managing risks adequately. The proposal is part of a wider package of banking rules that still needs to be signed off by the European Parliament and national governments.

A spokesperson for the European Commission, which initiates EU laws, said that January 2025 was the proposed start date for the package, and that agreement between the commission and parliament could be reached next year.

The ECB, which is at the core of the national central banks in the euro area, welcomed the package in a formal opinion published last month. Yet some of members of the supervisory board say they favour taking a limited approach in practice. The board, which usually counts 34 members, is made up of officials from national regulators as well as six members appointed by the ECB who drive the central bank’s agenda.

Those opposed to a tough tack in supervising climate risk point to previous successes by national members in scuppering plans by ECB appointees that they viewed as going too far. Officials aligned with Elderson say they have already made strides in putting climate near the top of the regulatory agenda and will win over further colleagues.

Officials on both sides agree on the value of the stress test, which the ECB has called a “learning exercise” for banks and regulators alike.

Bloomberg reported in March that supervisory board members expect to start work in the second half of the year on adding climate-change risks to the framework for setting capital requirements once they’ve received results from the stress test and accompanying review. The ECB has previously said there won’t be a direct effect from this year’s test on the capital requirements banks face, but that climate will eventually be treated as other risks.

Yet energy security after the disruptions caused by Russia’s invasion of Ukraine is now another concern for those officials who are worried about cutting off fossil fuel companies from credit.

Elderson has acknowledged the fallout from the war both in human and financial terms, but argues that it will actually accelerate the shift to a more sustainable economy.

“The likelihood of the energy transition actually taking place I think has increased,” Elderson said at a conference in Brussels this month. “In the very short term, of course now we are looking for any kind of thing that we can burn to make up for fossil fuels, but I think Europe has understood that there’s no way back.”

While the Fed and BoE are well under way with policy tightening, the ECB hasn’t raised borrowing costs since 2011
News
1 month ago