Commercial flights will only be resumed after meeting relevant national requirements, says vice-chair 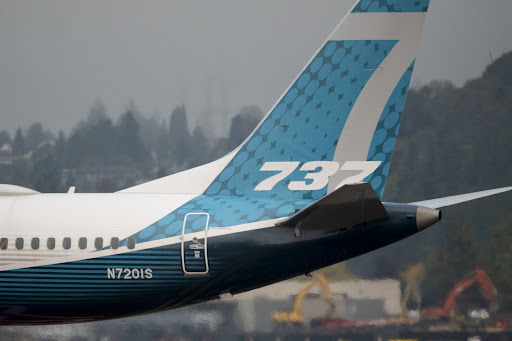 China Eastern Airlines outlined several actions it needs to undertake before operating Boeing’s 737 Max again, including modifications to the aircraft and further pilot training, damping hopes the narrowbody will return to Chinese skies any time soon.

Li Yangmin, vice-chair of the Shanghai-based state-owned carrier, indicated to investors at a virtual briefing Friday that the airline is yet to start work on returning the Max to commercial service.

“Obtaining airworthiness approval is one of the most basic tasks, and afterwards the company will also need to complete the aircraft modification, parking aircraft recovery, pilot training,” Li said in a written response to questions.

Once a “supplementary” operational certification is approved, commercial flights using the Max jets in China Eastern’s domestic fleet “will only be resumed after meeting relevant national requirements,” Li said.

Representatives at China Eastern did not immediately respond to questions sent separately by Bloomberg News about whether the airline has started the process of resuming commercial operations for the planes.

A spokesperson for Boeing China said the company continues “to work with global regulators and customers to safely return the 737-8 and 737-9 to service worldwide.”

China was the first to ground the Max in March 2019 after fatal crashes in Indonesia and Ethiopia that killed everyone on board. China’s aviation regulator said in December that the 737 Max was airworthy again, paving the way for commercial flights in the country to restart. None of the nation’s airlines have returned them to commercial service yet, though the Max is flying again in most major markets.

While the tasks to get the updated variant of Boeing’s most profitable jet back up in the skies are the same for all airlines globally, including additional pilot training, software changes and test flights, Chinese carriers have been coy about their plans on the Max.

Data from Planespotters.net show that China Eastern and its subsidiary Shanghai Airlines had taken delivery of 14 Max jets prior to the global grounding.

In its 2020 report, the airline outlined plans to introduce 46 Max jets from 2023. The latest annual report shows it has a total of 290 of the 737 series aircraft in its fleet.

China Southern Airlines told investors last week it is not factoring the Max into its fleet delivery plans through until 2024, citing uncertainties with deliveries. The carrier, the nation’s largest and also Boeing’s biggest customer in China, has more than 100 Max jets planned for delivery over the next couple of years.

Airlines in China may be in no hurry to resume Max flights considering domestic travel demand is so lacklustre as a result of strict Covid-19 lockdowns in parts of the country.

CMA CGM will take a 9% stake in the airline, with their partnership creating a fleet of 10 full-freighter aircraft
Companies
1 month ago

The costs are compounded by Airports Company SA, which is refusing to waive the extra landing and handling fees airlines accrued from landing at two ...
Business
1 month ago

The cost of a one-hour flight has more than doubled, says the country’s airline association
World
1 month ago
Next Article