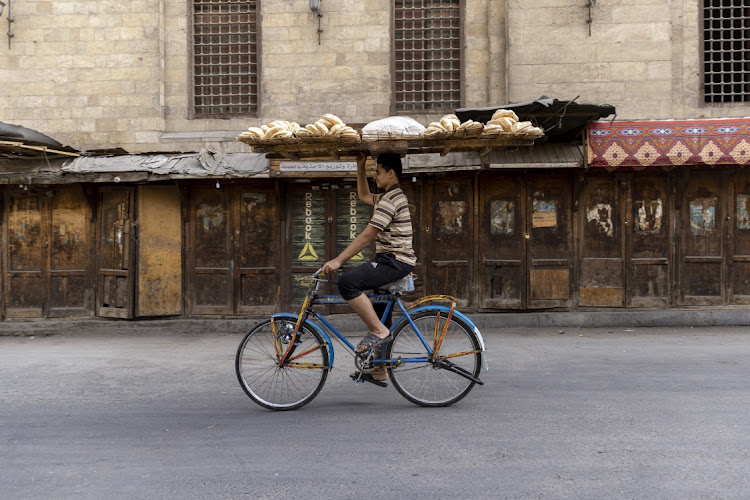 A man delivers bread from a bakery in Cairo, Egypt, May 9 2022. Picture: ROGER ANIS/GETTY IMAGES

Egypt surprised most economists by delivering its biggest interest-rate hike in nearly half a decade, an attempt to tackle soaring inflation and restore the allure of its local debt with foreign investors.

The central bank increased the deposit and lending rates by 200 basis points each to 11.25% and 12.25% respectively, the Monetary Policy Committee said Thursday in a statement. Only one economist in a survey of nine correctly predicted the decision, with most forecasting an increase of 100 basis points.

Egypt is the latest emerging economy to opt for a bold move against the background of global monetary tightening designed to smother inflation fanned by the war in Ukraine. It acted hours after SA raised rates by the biggest margin in more than six years and the Philippine central bank hiked its benchmark for the first time since 2018.

A major food importer, Egypt is racing to deal with record grain prices fuelled by the war in Ukraine. The most populous Arab nation previously bought most of its wheat from Ukraine and Russia. The latter has also been a major source of visitors for its key tourism industry. 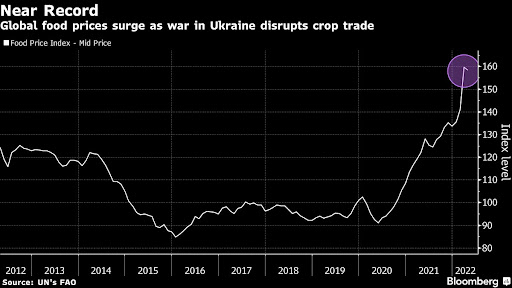 Consumer price growth in the North African nation hit its highest level in almost three years in April as food costs spiked due to the war. The figure also reflected a devaluation of the Egyptian pound by more than 15% on March 21, the same day authorities hiked interest rates for the first time since 2017, by 100 basis points.

Thursday’s decision also shows an effort to partly reverse the decline in Egypt’s inflation-adjusted interest rate at a time when global central banks led by the US Federal Reserve move to combat surging prices with higher borrowing costs.

A high differential had spurred a wave of foreign investment in the local debt market in recent years. But after annual inflation climbed to 13.1% in April, both Egyptian policy rates turned negative — when adjusted for prices — for the first time since 2018. The government says there’s been $20bn in outflows this year.

The MPC said the elevated annual inflation “will be temporarily tolerated” relative to the central bank’s pre-announced target of 7% plus or minus two percentage points on average in the fourth quarter. It’s then expected to decline, according to the statement.

Reiterating its earlier guidance, it said “the path of future policy rates remains a function of inflation expectations, rather than of prevailing inflation rates”.