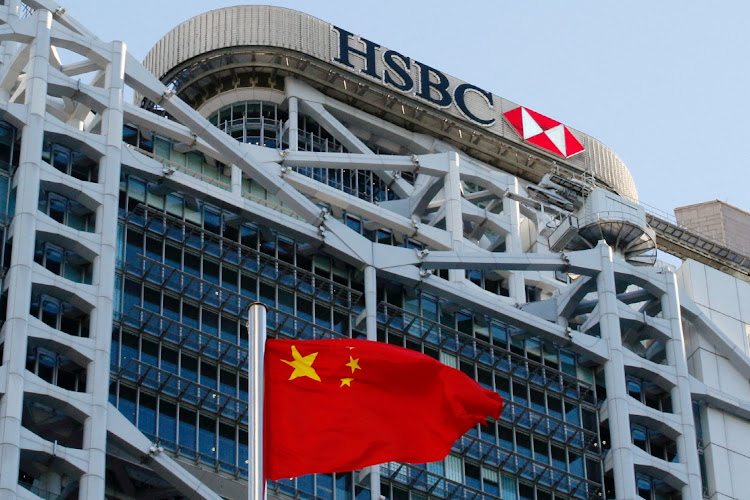 Smarting from HSBC Holdings’ move to scrap its dividend during the height of the pandemic, the bank’s largely silent mass of retail shareholders in Hong Kong is warming up to the idea of a break-up.

Splitting up Europe’s biggest bank to separate out its Asian operations is being pushed by its largest investor, Ping An Insurance Group, based just across the border in Shenzhen. The call is winning support in Hong Kong’s retail base, which owns about a third of the bank, with some seeing it as a sure-fire way of preventing the steady stream of payouts from being cut off again.

Their loyalty has been tested as numerous pivots in strategy fail to impress the market, leaving dividends at half of what they were in 2018 and the stock down more than 40%. The former British colony is the beating heart of the bank’s global operations, accounting for about 30% of the group’s 2021 adjusted profits. Yet decisions such as the halting of dividends have been driven by regulators in the UK, chafing its local base.

“If the spin-off really happens, management in the Asia unit would have more discretion and autonomy over its decisions, and be less affected by the political factors and UK regulations,” said Ken Lui, an HSBC shareholder and founder of the Hong Kong Investor and Entrepreneur Institute. Lui was the convener of HSBC Shareholders Alliance, a group of 2,000-3,000 shareholders that in 2020 unsuccessfully banded together to restore dividends.

The city’s retail shareholders are a fragmented group that have struggled to wield clout in the past. An attempt to call for an extraordinary general meeting in 2020 to reverse the bank’s decision on dividends failed to reach the 5% required threshold.

HSBC’s management, meanwhile, has rebuffed the plan, hiring Robey Warshaw and Goldman Sachs to advise on a defence and has started an internal analysis to push back. Analysts have also sounded a warning, with Barclays estimating that a split could shave off 3%-8% of the bank’s market value and cost billions of dollars to pull off.

And, so far, none of HSBC’s biggest shareholders have come out publicly in support of Ping An’s proposal.

While the bank is in the midst of a pivot to Asia, shifting billions of dollars and key roles to the region, the lender also sees its global reach as a key part of its business to position itself as a financing bridge between Asia and the rest of the world.

A spokesperson for the bank in Hong Kong said it has a regular programme to engage with all its shareholders. “We believe we’ve got the right strategy and are focused on executing it,” he said. “Delivering on this strategy is the fastest way to generate higher returns and maximise shareholder value.”

But Christine Fong Kwok-shan, a councillor for Hong Kong’s SAI Kung district, said the HSBC should heed the calls to split off the Asian operations. About 500 minority shareholders she represents would support the plan, said Fong, who previously led local investors in trying to make claims against the lender for not paying dividends.

“They think that the Bank of England isn’t protecting the interest of shareholders, particularly in Asia,” said Fong, whose parents own shares. The Asia business is profitable and the split would bring the bank back to Hong Kong, where many investors “love” it, she said.

In a 2020 letter to Ping An that was seen by Bloomberg News, Fong urged the insurer to call for HSBC to move its headquarters back to Hong Kong and demand that the bank pay up its dividends. Ping An declined to comment for this story.

A review on moving its headquarters from London was conducted in 2015, but the bank chose to keep its main base in the UK.

Shareholders would also support Ping An taking a seat on HSBC’s board to be “a bridge” for the bank to expand in the mainland, she said. The board has no representatives from Hong Kong and only one member of Chinese nationality, Rachel Duan, a former General Electric executive.

Other money managers in the city also said their clients would support a split.

Paul Pong, MD of Pegasus Fund Managers, said a break-up would allow the Asia-listed unit “more flexibility and control over its own decisions”, as well as reduce political risk.

Surich Asset Management, a firm that manages money for clients who hold HSBC shares, is trying to organise Hong Kong investors to raise their concerns to HSBC’s management and discuss the split or other alternatives.

“We simply believe that the split of HSBC can bring better value for shareholders. We are looking forward to gather as much voice as possible,” said Simon Yuen, the Hong Kong-based founder of Surich.

Still, some investors are concerned the plan will dent HSBC’s profits in the long run. Jacinto Tong, CEO of Gale Well, a Hong Kong real estate investment firm, who holds 2-million HSBC shares, said a spin-off would damage HSBC’s important role as a bridge between Europe and China.

“Dividends will be guaranteed for the first two or three years, but as the business shrinks, dividends will naturally decrease,” said Tong. “The management will then have to consider making acquisitions to ensure profit growth.”

HSBC has also argued that while Asia appears to be the dominant source of its revenue, much of this is actually business with Western clients that gets booked in the region.

For now, many long-time shareholders feel they haven’t been rewarded for hanging on to the stock. The shares have gained 3% in 2022, but are down more than 40% since the start of 2018. Shares of its rival, Citigroup, are down about the same since 2018, after a plunge this year. JPMorgan Chase has also slumped this year, but is still up since 2018.

Choi Chen Po-Sum, a former vice-chair of Hong Kong’s exchange who has held HSBC for more than 40 years, said she now only owns 2,000 HSBC shares after selling as many as possible. Choi said she is “too tired to care about these kind of things”.

HSBC’s shares trade at a price-to-earnings ratio of about 10.6 times, lower than its Hong Kong-focused subsidiary Hang Seng Bank, which trades at about 19 times, according to Bloomberg-compiled data.

“This region contributes most of the profit, the company should consider paying a much higher dividend,” he said.

Loyal to and supported by Beijing, John Lee is the only candidate for the former British colony's top post of CE
News
1 month ago

Ninety One sees a huge growth opportunity in China

Ninety One sees a huge growth opportunity in China