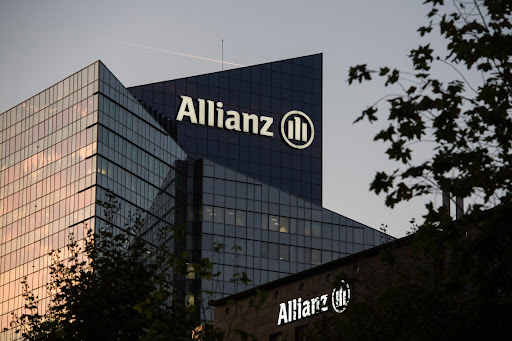 A unit of Allianz SE agreed to plead guilty to fraud and pay $5.8 billion after misrepresenting the risk posed by a group of its hedge funds that collapsed amid pandemic market gyrations. Picture: BLOOMBERG

A unit of Allianz agreed to plead guilty to fraud and pay $5.8bn after misrepresenting the risk posed by a group of its hedge funds that collapsed amid pandemic market gyrations.

Allianz Global Investors US, which is wholly owned by the German insurance giant, will plead guilty to a single count of securities fraud and will pay, along with its parent company, more than $5bn to victims. The total payout, including a $1bn fine to the US Securities and Exchange Commission, is covered by provisions the company has already taken, it said.

Gregoire Tournant, the former chief investment officer and co-lead portfolio manager of the Structured Alpha Funds, who surrendered to authorities on Tuesday, is charged separately for his role in the alleged scheme to defraud investors, Manhattan US attorney Damian Williams said in a statement.

Tournant is charged with conspiracy, securities fraud and investment adviser fraud for alleged actions between 2014 and March 2020.

Tournant and two other portfolio managers overstated the level of independent oversight AGI was providing, misrepresented hedging and other risk mitigation strategies and altered documents to hide the riskiness of the funds, according to prosecutors. Pension funds and others put money into the funds because they were supposed to have controls designed to weather “a huge collapse in the stock market”, Williams said at a press conference Tuesday.

“But when the storm came in March of 2020 and the Covid-19 crash finally hit, those investors got soaked,” he said. “They lost billions and they were shocked.”

The agreement calls for the firm to forfeit $463m and pay $3.2bn  in restitution to victims of the fraud, as well as a $2.3bn penalty. It will get a credit for $1.9bn that has already been paid to victims.

Williams called the scheme an “egregious, long-running and extensive fraud” in which Tournant “traded on AGI’s reputation for careful risk management to put investors at ease”. He said AGI’s “control environment was riddled with holes” and vowed that “the Southern District of New York is going to be relentless in rooting out corruption in our financial markets”.

Allianz had set aside €5.6bn to resolve the lawsuits and government probes tied to the funds.

“We accept our corporate responsibility for the isolated but serious wrongdoing of these three former employees in the previously dissolved US Structured Products Group,” AGI spokesperson John Wallace said in a statement. “In particular, it has been important to Allianz and AllianzGI to reach fair settlements with those clients who were misled and lied to by these individuals, and to support the US authorities in their pursuit of justice.”

Allianz plans to sell the bulk of the US piece of its Allianz Global Investors business to Voya Financial, after the unit was banned for a decade from some fund services in the country.

Lawyers for Tournant called the case against their client a “meritless and ill-considered attempt by the government to criminalise the impact of the unprecedented, Covid-19-induced market dislocation of March 2020” and said he would fight it in court.

“Greg Tournant has been unfairly targeted though he was on extended medical leave during these market events, and the funds had thrived under his leadership for the previous 14 years,” they said in a statement. “The losses resulting from these market events were suffered by sophisticated institutional investors — including Greg himself who had a considerable investment in the fund.”

The two other portfolio managers, Stephen Bond-Nelson and Trevor Taylor, pleaded guilty to conspiracy and fraud charges and are co-operating with prosecutors. Tournant was arrested in Colorado and was  scheduled to appear before a magistrate in Denver at 2pm on Tuesday, according to court records.

At the news conference, SEC director of enforcement Gurbir Grewal called the civil penalty the biggest since Enron and WorldCom. He added that Bond-Nelson had taken a bathroom break while the SEC was interviewing him and never came back.

“No-one at AGI US or Allianz was verifying that Tournant and his colleagues were actually adhering to the investment strategies promised to investors,” according to Tournant’s indictment.

“For example, no risk or compliance personnel at AGI US verified, attempted to verify, or were responsible for verifying that Tournant and his colleagues were purchasing hedging positions within the range that was represented to investors, or adhering to other agreed upon risk mitigation strategies, including those specifically promised to the funds’ largest investor.”

Tournant told investors that Allianz was “one of the largest and most conservative insurance companies in the world” and was monitoring every position that he took as a “master cop”, according to the court filing.

The Structured Alpha hedge funds were designed to provide protection against a market crash yet incurred steep hits during the tumultuous early days of the pandemic.

Following a controversial options strategy, five Florida-based funds lost between 49% and 97% of their value during the first quarter of 2020. Investors said they lost billions of dollars. Allianz liquidated two of the vehicles in March 2020 and has been unwinding the others.

“In or about the summer of 2020, after the onset of the pandemic and in order to avoid detection of the fraudulent scheme, Gregoire Tournant, the defendant, obstructed an investigation by the US Securities and Exchange Commission (the ‘SEC’) into the circumstances that led to the losses in March 2020. Among other things, Tournant repeatedly directed Stephen Bond-Nelson, a portfolio manager for the funds, to lie to the SEC.”

The funds were marketed as “providing broad market exposure while maintaining specific risk protections to safeguard against losses in the event of a market crash”, according to the indictment.

But in late 2015, Tournant allegedly grew frustrated with the cost of hedging, which was eating into returns. The fund “abandoned the promised hedging strategy and instead began to purchase cheaper hedges that were further out of the money, and therefore less protective in the event of a market crash”, according to the indictment. That change was not disclosed to investors, prosecutors allege.

AGI is due to make the forfeiture payment on Wednesday and will make the restitution payments within a week into an escrow account that will be distributed to victims.

When pandemic-related market volatility hit in 2020, the funds lost more than $7bn and were ultimately shut down.