Company has initiated a sale process after temporarily closing its restaurants and will take a write-off of as much as $1.4bn 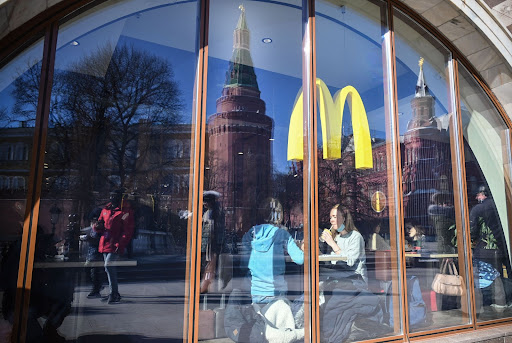 McDonald’s said it will pull out of Russia after more than 30 years of operation in the country, stepping up the corporate response to the invasion of Ukraine.

The departure carries huge symbolic as well as economic weight because the fast-food chain was one of the first Western brands to set up shop in Russia when it opened a branch in Pushkin Square, Moscow, in 1990, just before the fall of the Soviet Union.

Companies in the business of selling food and other essentials, or with large store networks in Russia, were initially more reluctant than others to pull out of the country entirely after the war in Ukraine began.

The company has initiated a sale process after temporarily closing its restaurants, the company said in a statement on Monday. McDonald’s said it will take a write-off of $1.2bn (R19.5bn) to $1.4bn ($22.8bn) for the move.

The fast-food chain said the humanitarian crisis in Ukraine and the resulting unpredictable operating environment meant it was no longer tenable to operate in Russia, “nor is it consistent with McDonald’s values.”

McDonald’s is pursuing a sale of its entire portfolio of restaurants to a local buyer and will “de-arch” the outlets, removing the McDonald’s name, logo, branding and menu, though the company will retain its trademarks in Russia. The company didn’t name a potential buyer.

Earlier Monday, French carmaker Renault agreed to transfer its €2.2bn (R37.3bn) Russian business, including the producer of the Lada brand, to state entities for a symbolic sum in what amounts to a nationalisation.

McDonald’s had said in March that it was temporarily halting business in Russia, where it employs 62,000 people. The decision then came after days of criticism on social media.

The company said it will continue to pay local staff while it seeks a buyer. It reaffirmed its forecast for the current year and said it expects operating margin to be in the 40% range as a result of the Russia charge

European banks are now asking themselves if it’s still worth doing business in the world’s most sanctioned country as they count the costs of ...
News
3 months ago
Next Article