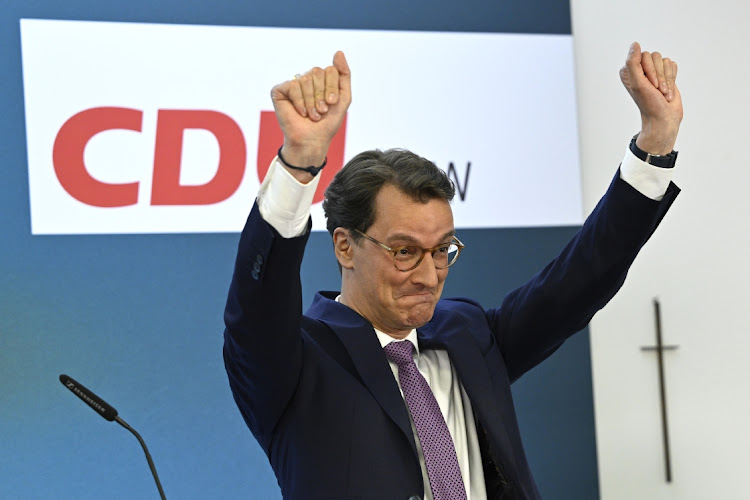 The Christian Democrats (CDU), led by Hendrik Wuest and the main opposition party at the national level, was projected to take 35% of the vote in North Rhine-Westphalia on Sunday, maintaining its hold over Germany’s most-populous state. In its former stronghold, the SPD slumped to 27.5%, its worst-ever result, according to an exit poll for public broadcaster ARD.

The outcome could be damaging for Scholz because he travelled several times to campaign in Germany’s industrial heartland, where the party has a natural base among blue-collar workers.

The latest ballot took place under the shadow of Russia’s war in Ukraine. Scholz’s approval rating has slumped after he was criticised at home and abroad for foot-dragging on supplying Kyiv with heavy weapons and for blocking an immediate ban on Russian energy imports. The growing dissatisfaction has contributed to the SPD’s support slipping behind the CDU-led conservative bloc nationally. 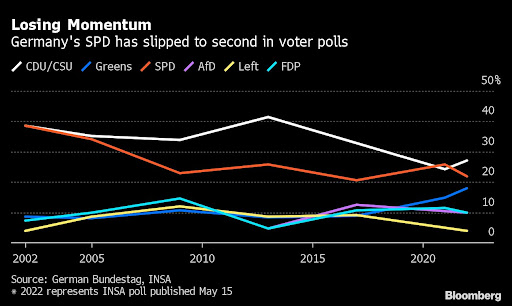 Last week, the SPD suffered its first defeat in a regional election since Scholz took office in December, tumbling to an historic low in the northern state of Schleswig-Holstein. The CDU romped to victory thanks to its popular incumbent, while the SPD dropped to third behind the Greens, one of its coalition partners.

Scholz has responded to criticism of his Ukraine policies by approving the delivery of some heavy weapons and by taking a more visible role on the international stage. His government has also backed EU plans to halt imports of Russian oil and coal.

Shortly after Scholz upended decades of German defence policy in the early stages of the war with a promise to boost spending and send weapons to Ukraine, his party pulled off a resounding victory in a regional vote in Saarland at the end of March.

His policies since have failed to keep pace with the dynamic of the conflict as the war drags on and atrocities allegedly committed by Russian troops have come to light. Even now, his support for Ukraine is questioned.

Dirk Niebel, an adviser to German defence firm Rheinmetall, accused Scholz of being slow to grant export approval for as many as 100 Marder tanks, saying the fighting vehicles could be transferred to Ukraine in two to three weeks.

“Do you want to lose more time? That costs even more lives,” Niebel, a former development minister, told the Tagesspiegel newspaper in an interview published on Sunday. “You need to give Ukraine the support it needs for its survival fight now.”