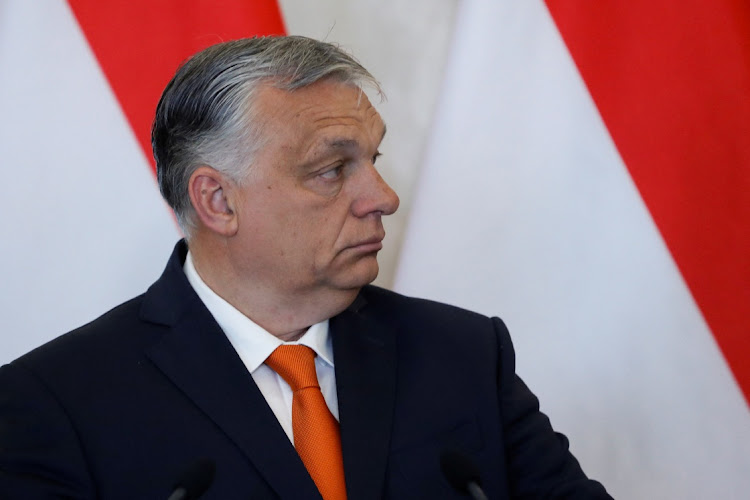 The steady friendship between Hungary and Poland, who for years gave each other cover as they defied the EU over the rule of law, has frozen over since Russia’s invasion of Ukraine.

The rift risks weakening Hungarian Prime Minister Viktor Orban, the champion of “illiberal democracy” who has waged a bitter fight with EU leaders over a bloc-wide Russian oil embargo, the erosion of independent judiciaries and media freedoms. Without his line to Warsaw, Orban’s effort at an alliance against Brussels is fading.

The source of the tension is Orban’s refusal to make a clean break with Russia’s Vladimir Putin, according to officials familiar with the Polish government’s thinking. The government in Warsaw has recently brought political dealings with Budapest to a halt, they said on condition of anonymity.

The results are palpable. When Orban won a landslide victory for a fifth term in April, the premier received no word of congratulations from Poland. Last week, Hungary’s foreign minister, Peter Szijjarto, travelled to Warsaw for a donor’s conference, only to be shunned by government officials.

“The Hungarian-Polish friendship is coming apart at the seams,” said Edit Zgut, a Hungarian political analyst in Warsaw who’s a doctoral researcher at the Polish Academy of Sciences.

The freeze could trigger a spillover if Orban continues to hold up the bloc’s efforts to deepen sanctions on Russia. EU leaders have already taken an ever-darker view of the Hungarian prime minister’s stance — and some diplomats say a potential escalation could trigger questions about Hungary’s future in the EU.

Despite being courted on Monday by European Commission president Ursula von der Leyen, who flew to Budapest to try to break the deadlock, the government has only hardened its stance, saying an EU package would only happen if its pipeline imports are excluded.

Orban’s positions, including on Russia, have made fellow leaders hesitant to share some information with Hungary at European Council meetings because of the premier’s links with Moscow, according to senior officials who declined to be identified.

The break with Poland could change the dynamic for an EU that has struggled to keep member states in line with core values at a time when Russia’s invasion of Ukraine throws the geopolitical order into disarray. Poland and Hungary are both threatened with a cut-off of funds if they don’t adhere to European standards.

The two member states have relied on one another for protection against punishment, including the so-called Article 7 procedure that requires unanimity to suspend member states’ voting rights.

So far there is no sign that Poland would revoke its backing on the article, according to officials. But the break-up raises the stakes for Budapest, which has already seen potential alliances evaporate over the last month.

Slovenia’s nationalist prime minister Janez Jansa, an Orban ally, was defeated by an upstart protest party on April 24, the same day that French President Emmanuel Macron handily beat right-wing challenger Marine Le Pen. Those contests were a dampener for Orban, the EU’s longest-serving leader, who was empowered by a decisive election victory on April 3 that gave him a fourth-consecutive term.

Still, the Hungarian leader has signalled that he needs friends. Three days after his election victory, Orban, who referred to Poland and Hungary’s “defence alliance”, said restoring close ties with Warsaw was a priority.

“The most important thing is to strengthen our alliance with Poland,” Orban told reporters on April 6, three days after his election victory. “One can’t keep one’s feet on the ground alone in this type of storm, or who knows, but best not to try.”

But the nations’ diverging paths over Russia’s attack have ended friendship, as irritation with Orban in government circles in Warsaw has turned to a sense of betrayal. While Poland has been among the most outspoken EU member states on Russia, Hungary has refused to allow weapons shipments to Kyiv across its territory. Warsaw has no plans to attend meetings of the so-called Visegrad group of four eastern members of the EU, where Hungary currently holds the rotating presidency.

Jaroslaw Kaczynski, Poland’s de facto leader as the chief of the ruling party, made clear in April that everything had changed. A calculating operator, Kaczynski had previously kept quiet about Orban’s proximity to Putin, considering that the alliance with Budapest was too important to risk.

But Orban’s refusal to condemn Russia for alleged atrocities by Russian forces outside Kyiv were too much for a leader who has repeatedly suggested, against available evidence, that Putin was responsible for an air disaster in 2010 that killed his brother Lech, then Poland’s president, and a swath of the country’s elite.

“If Prime Minister Orban says that he cannot see exactly what happened in Bucha, he must be advised to go have his eyes checked,” Kaczynski told Radio Plus in an interview. Orban’s soft response to Russia’s invasion is a “complete dead end,” he said.