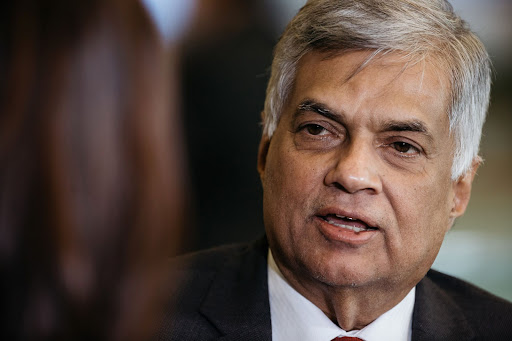 Ranil Wickremesinghe, a veteran legislator and former premier, has been appointed Sri Lanka’s next prime minister days after the incumbent, the brother of President Gotabaya Rajapaksa, resigned in the face of escalating anger with the deepening economic crisis.

The announcement may bring a modicum of stability to the country, which is on the verge of bankruptcy and needs a government to lead bailout talks with the International Monetary Fund (IMF). The country’s central bank chief has threatened to resign if political order isn’t restored urgently.

The new appointment is “the only option for Sri Lanka”, said Ravi Karunanayake, a member of Wickremesinghe’s party and a former finance minister. “I think his appointment will calm down the protest though internally not everyone will be happy and there will be some who will have belly aches.”

The new prime minister’s priority “will be to restore supply of gas and fuel and then getting the economy back on track”, he added.

A lawyer by training, Wickremesinghe was first elected as a legislator in 1977. He’s viewed as something of a survivor in the island nation’s politics. He’s served as minister in several governments and first served as premier in the early 1990s. He had an unbroken streak in parliament until 2020, when his party was trounced after the Easter Sunday bombings.

Wickremesinghe’s United National Party didn’t win a single seat in the election, which brought the Rajapaksas back to power, but he was able to return as legislator in 2021 through a system where parties with enough votes can nominate a member under the “national list”.

He has found issue with Gotabaya Rajapaksa’s economic policies, pointing to falling foreign-currency reserves and flagging early on that the government should seek help from the IMF. Wickremesinghe has been criticised by other Sri Lankan politicians in the past for his neoliberal economic view, including striking a free-trade agreement with Singapore.

“It is positive that the President has acted quickly to appoint a PM, and one that is outside the ruling party and has been an outspoken critic of its policies and resistance to the IMF over the past year,” said Patrick Curran, an analyst at Tellimer, an emerging-markets research firm. “This could enable some continuity in IMF negotiations, but protesters are unlikely to be placated until the President himself steps down, meaning that the durability of any new government is questionable”

Sri Lanka’s bonds were mixed on Thursday, with most of the debt trading below 40c on the dollar. The 2025 bond was quoted at a record low of 38.7c on the dollar, according to indicative pricing data collected by Bloomberg.

This is Wickremesinghe’s sixth stint as prime minister. His most recent turn at the job ended in 2019 when he had served under then-president Maithripala Sirisena, the leader of the Sri Lanka Freedom Party, which was part of Gotabaya Rajapaksa’s coalition. He later went independent.

It remains to be seen if Wickremesinghe can show he has the support of a majority of legislators when parliament reconvenes on May 17, said Bhavani Fonseka, a Colombo-based senior researcher for the Centre for Policy Alternatives. If they can show a majority only because they have the support of Rajapaksa’s party then “even if they have numbers it can’t be a unity government”.

Sri Lanka is in the worst economic tailspin of its independent history. With inflation touching 30%, the crisis has also turned into a political risk for the ruling Rajapaksa family. Shortages of everything, from food to basic medicines, have brought angry citizens to the streets over the last many weeks. On Monday, the largely peaceful protests took a violent turn with government supporters attacking demonstrators.

Then-prime minister Mahinda Rajapaksa resigned but that didn’t cool the anger. The protesters have long been demanding that the president step down as well and the constitution be amended to curtail the sweeping powers of his office.

Widespread arson and clashes were reported from several parts of the country while homes and properties of several government lawmakers were set on fire. At least nine people, including one ruling party MP, were killed in the violence. Since then the military has been called in to help police maintain law along with powers to shoot rioters. A nationwide curfew is also in place.

On Wednesday, Gotabaya Rajapaksa sidestepped demands for his resignation as president but promised a new prime minister and cabinet within the week. He also said that once political stability was restored he would discuss with all political parties steps to return greater power to parliament and trim the reach of the executive presidency.