Musk says Twitter will comply with the EU’s rules on content if he completes his proposed takeover, despite his plans to loosen Twitter’s restrictions 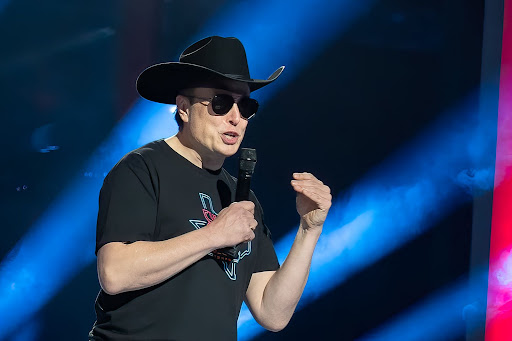 One of the leading officials from the EU paid a visit to Elon Musk in Texas, and came away convinced the billionaire will keep Twitter on the right side of legislators.

After meeting Musk on Monday, Thierry Breton, the EU’s internal market commissioner, said that he and the Tesla CEO agreed on everything.

“To tell you the truth, there was definitely no disagreement — none,” Breton told Bloomberg in an interview.

Musk said Twitter would comply with the EU’s rules on content if he completed his proposed takeover, despite his plans to loosen restrictions on the network.

Breton previously warned that Twitter, even after a change of ownership, would have to comply with the EU’s new digital content rules.

Musk, who calls himself a free speech absolutist, has criticised Twitter’s content moderation policies, saying he will focus on “free speech” values.

However, Musk is aligned with the EU especially on the idea of making the algorithms more transparent, and on requiring companies to have consistent rules about banning people from platforms.

“I agree with everything you said, really,” Musk said in a video post after the two met in Texas. “I think we’re very much on the same line.”

The EU agreed on the Digital Services Act in April, aiming to force tech platforms to better police content. The rules mainly focus on taking down illegal content like terrorist posts and hate speech, but could also affect tech companies’ algorithms to down-rank harmful posts, such as messages harassing others or promoting eating disorders.

Twitter has become more active in flagging and taking down content in recent years due to increasing public scrutiny. The platform famously banned former US President Donald Trump from the site in 2021 for inciting violence. The move provoked condemnation from conservatives in the US, who argued the ban hindered free speech.

Musk’s purchase of the platform could mark a shift in how Twitter mediates content disputes, eschewing rapid takedowns in favour of promoting a broadly open platform.

Musk, however, has said he believes the platform should follow the rules of each country it operates in. “In my view, Twitter should match the laws of the country,” Musk said in April at a TED conference before Twitter accepted his bid to buy the platform.

Breton confirmed that Musk understood that the EU’s rules required that what was illegal offline should be illegal online. Breton said Musk “was very comfortable” with what Europe was doing. “He was pretty much aligned with the philosophy of what we have done in Europe.”

It is yet to be seen to what extent European regulators will push platforms like Twitter to do more on harmful content including disinformation and harassment. Very large platforms such as Twitter will be required to submit annual reports to the EU detailing what they are doing to combat legal but harmful content on their platform.

If companies are not doing enough, the EU could require companies down-rank certain content or change their algorithms.

There’s also the prospect of major financial penalties if Musk and the EU disagree. If the company doesn’t comply with the DSA, the EU can issue fines of as much as 6% of a company’s annual revenue and even ban the platform from operating in the bloc.

To the extent Musk’s proposed acquisition of Twitter includes foreign investment, it could fall under Committee on Foreign Investment in the US ...
Companies
3 weeks ago
Next Article