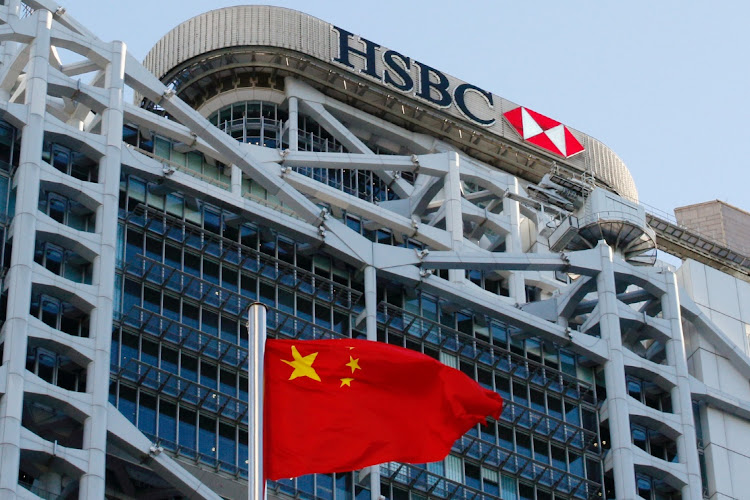 For years, HSBC Holdings and Ping An Insurance Group enjoyed a cosy relationship, from the turns they took financially backing each other to the easy rapport between their influential chairmen.

That’s why shock rippled through the top ranks of the $3-trillion (R48-trillion) British bank when it emerged the firm’s biggest shareholder was pushing for the most dramatic split in banking history.

Ping An, led by Peter Ma, is urging HSBC chair Mark Tucker to consider options including breaking the firm apart and listing its Asian operations separately on the stock market. In a recent private memo, the Chinese financial giant enumerated a litany of perceived management failures at HSBC, from underwhelming returns to swelling costs.

That’s quite an activist turn for a longtime supportive shareholder, prompting questions to swirl over whether it’s driven by the bank’s moribund valuation, Ping An’s own dramatic stock plunge, or a push from Beijing. And the biggest unknown: how would HSBC bowing to rising geopolitical tensions even work?

“Ping An understands the way regulatory winds are blowing,” said Isaac Stone Fish, founder of Strategy Risks, which specialises in corporate relationships with China. “Companies increasingly have to choose sides between the US and China, and we might see more corporations considering breaking up as a way to choose between the two powers.”

What Would an HSBC break-up Mean?

The implications could be vast. HSBC is headquartered in London but operates across 64 countries and regions, including Hong Kong, Singapore, India and Malaysia. About half of its 220,000 employees are based in the region. Any break-up would cost billions of dollars, with analysts at Barclays estimating in a research note that the changes could knock 3% to 8% off the group’s market value. It would also be a body blow to the City of London and a black eye for the global bank model.

Most analysts, current and ex-HSBC executives say the chances of a break-up remain remote for now. Dividing one of the world’s largest financial groups would be horrendously difficult, with analysts at Barclays calling it “complex and costly.”

An increased focus on Asia may not even be a boon. There’s a risk of Covid-19 cases hitting China’s economy, while the country’s “beleaguered real estate sector is also a continuing headwind for the bank, which a separate Asia-focused entity would be particularly susceptible to,” said Susannah Streeter, senior investment and markets analyst at Hargreaves Lansdown.

Even an old HSBC rival says that breaking up the bank isn’t a good idea. “It is very important that large financial institutions like HSBC and Citigroup stay because they are fundamental to global trade corridors,” said Mervyn Davies, a former chairperson of Standard Chartered , the emerging markets focused lender. “If we end up with regional banks it is going to be a problem.”

But while Ping An’s proposal might prove to be a pipe dream, the relationship between the two firms has shifted.

Is Ping An Calling the Shots?

Before now, Ping An’s thoughts have rarely spilled beyond the boardroom. The now-public nature of this debate — which first emerged in a Bloomberg News report — suggests it is exasperated. One former senior HSBC executive, who asked not to be identified discussing the situation, describes it as one of the most significant events in the lender’s recent history.

After Ping An felt that its message was not getting through, it decided on a more aggressive approach, according to people familiar with the talks. That blindsided senior HSBC executives, according to one person familiar with the discussions, who said that while HSBC and Ping An had frequent dialogue, the idea of splitting off the Asian unit had never formally been raised. Since the news broke there have been no formal communications between the two sides, the person said.

“HSBC has a regular programme of engagement with all our investors and is committed to maximising value for all our shareholders,” the bank said in a statement. “We believe we’ve got the right strategy and are focused on executing it.”

Despite the lack of talks, the insurer has plenty of weight to throw around. Ping An, which was founded as a state entity in 1988, is now a full-spectrum financial behemoth roughly equal in size to its old mentor. Its more than 8% stake makes it HSBC’s largest shareholder.

Once advertised as “The World’s Local Bank,” the idea of HSBC retreating from a global business to Ping An’s preferred model of an Asian regional lender is likely to be hard to swallow for a bank that has long championed the benefits of its worldwide network.

So too the role reversal. HSBC bought its initial 10% stake in Ping An in 2002 as part of a deal that included providing personal finance and insurance expertise to the Chinese firm. A couple of years after that, founder Ma praised HSBC’s “respect for the independence of Ping An’s management style, approach and corporate culture.” HSBC eventually sold the holding in 2012 after judging that Ping An’s growing investments in banking presented a potential conflict, according to one person familiar with the matter.

In an introduction to Ping An’s 2020 company history, Tucker describes Ma as a business partner and close friend. Ping An’s rise came from its ability to emulate the systems of insurers like Prudential and AIA Group , both of which Tucker ran. Today Ping An is seen as having eclipsed many of its rivals, leading Western financiers to beat a path to its headquarters to learn more about its methods, one person said.

What Paved the Way for HSBC’s break-up Debate?

Tucker’s appointment back in 2017 was the catalyst for Ping An to build its shareholding in HSBC. As well as the bank’s reliable dividend, Ma wagered that Tucker could work the same corporate magic on the bank as he had on the insurance companies.

Instead, the bank’s share price has fallen about 30% since Tucker took over as chair. More crucially for an income-hungry investor, those dividend payments abruptly stopped during the pandemic after the Bank of England imposed a de facto ban on payouts. They were brought back last year, but at a much lower level.

Last month’s first-quarter results didn’t help as HSBC announced a drop in its core capital that surprised the market. CFO Ewen Stevenson described the fall as a “timing mismatch on capital” and said that the bank was on the right path to boost its shares.

“We’re not closed off to hearing alternative views, but we do think that executing the strategy will deliver a lot of shareholder value over the next 12 to 18 months,” he said.

The announcement in early 2020 of the bank’s Asia pivot was meant to assuage concerns the bank had travelled too far from its roots as the Hong Kong and Shanghai Banking Corporation. As part of this plan, the company said it would be relocating the heads of most of its major divisions from London to Hong Kong, meaning that the day-to-day management of the bank effectively moved from Europe to Asia.

Ping An does not appear to have been convinced by the reset. In particular, the insurer was unimpressed with some of those executives parachuted into Hong Kong, pointing out that it would have preferred to see the bank developing and promoting staff with extensive experience of the region rather than Westerners with backgrounds in other parts of the world.

Tucker’s old employer Prudential also provided the insurer with something of a playbook. Under pressure from its own activist, the insurer split its Asian unit from its UK operations in 2019, though it kept its listing in London.

The debate comes with Hong Kong’s own future in flux. The former British colony saw widespread antigovernment protests after a Beijing-imposed introduction of a national security law in 2020. Strict lockdowns and quarantines during the pandemic made business travel almost impossible.

Ping An has indicated to HSBC it would see the creation of a stand-alone Asian business headquartered in Hong Kong as a major boost to the struggling Chinese city.

Former executives detect the hand of China in some of this. While Ping An is a private company, Ma has enjoyed good relations with senior officials in Beijing and those with knowledge of the inner workings of both companies think it unlikely it would be launching a campaign against the bank without at least taking some soundings.

Still, HSBC has experience in seeing off investors seeking change. In 2007, activist firm Knight Vinke Asset Management unsuccessfully pushed to spin off the Asia business. And the bank itself has examined relocating its headquarters to Hong Kong before deciding the regulatory hurdles were too onerous.

Ping An’s close ties with HSBC gives this latest debate an extra frisson — though Ma has always made it clear he had no interest in being a junior partner.

When visiting HSBC’s London headquarters in the 2000s, he would wonder whether the insurer might ever build a similar tower next door, according to the book detailing Ping An’s corporate history.

There would be an important difference, however. Ping An’s building would be one floor taller.

Bank is said to step up support for several developers by allowing banks and bad-debt managers to loosen restrictions on some loans to ease a cash ...
News
1 month ago
Next Article