Refugees give Polish shops a boost 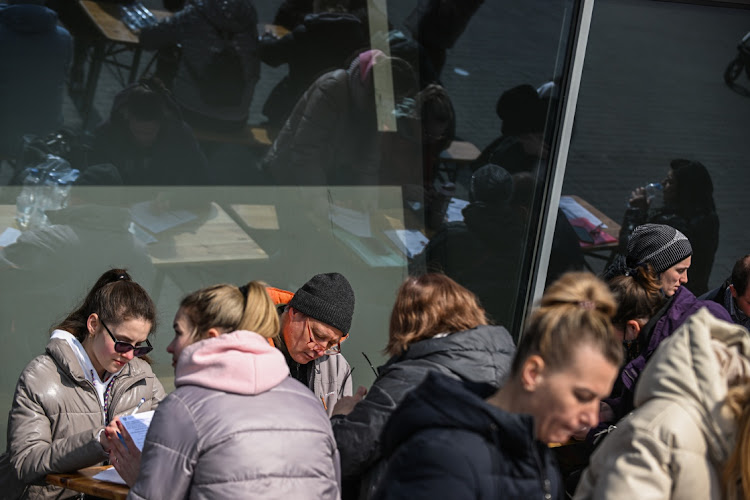 People who fled the war in Ukraine fill out registration documents to be part of Poland's electronic system for registration of the population at Tauron Arena on March 16 2022 in Krakow, Poland. Picture: GETTY IMAGES/OMAR MARQUES

The country’s largest apparel company, LPP, boosted operating profit by 136% in the first quarter as sales rose 45% compared with year-ago figures, which were affected by the Covid-19 pandemic. Sales of shoe retailer CCC rose 32%, while its operating loss halved from 2021.

The companies’ cheaper brands, such as LPP’s Sinsay and CCC’s Sprandi, are particularly well positioned for sales to the more than 3-million Ukrainians who crossed the Polish border since late February. A boost in revenue was also noticeable at Poland’s biggest food retailer, Biedronka, owned by Jeronimo Martins SGPS.

“Demand from refugees, who often arrive with only small suitcases and no spare clothes, is an important factor that helps Polish retailers withstand a broader weakening in consumer sentiment,” said Tomasz Sokolowski, an analyst at Santander Bank Polska.

While Poland’s economic growth is set to slow to 3.8% this year, the weakest pace since 2016, retail spending has remained robust, rising by 22% year on year in March. Inflation, on the other hand, spiked to a 24-year high of 12.3% in April, which has triggered repeated interest rate hikes and bets that consumer demand may wane.

The performance of Polish retailers contrasts with trends in Western Europe, where the likes of Germany’s Zalando face abating demand as inflation crimps the budgets of households.

LPP shares rose 3.1% in Warsaw, the biggest gainer in the WIG20 index, while CCC fell 0.2%. Both stocks have lost roughly half of their value in 2022.