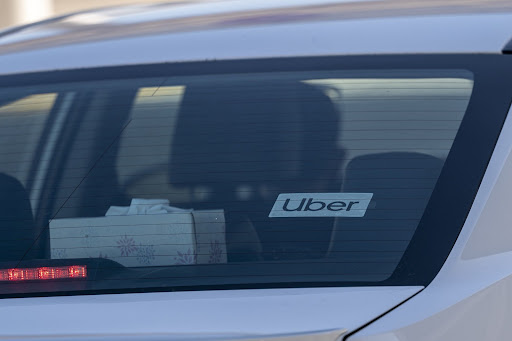 Uber Technologies delivered a positive outlook for earnings in the current period, signalling the company plans to capitalise on robust ride demand without compromising profits by focusing on product changes, rather than incentives, to address the driver shortage.

The ride-sharing and delivery company projected gross bookings of $28.5bn to $29.5bn in the second quarter and adjusted earnings before interest, tax, depreciation and amortisation (ebitda) of $240m to $270m. The top end of both ranges beat the average analyst estimate.

Uber’s rosy results contrasted with rival Lyft, which delivered a disappointing outlook on Tuesday and signalled the shortage of drivers that has plagued both ride-hailing companies for the past year would spill over into the second quarter. Shares plummeted as much as 27% in extended trading after Lyft said it would ramp up spending on driver incentives to bring the number of drivers on its marketplace back into balance with resurgent rider demand. Uber shares were dragged lower by Lyft’s report, tumbling 3.8% after the results.

Uber’s guidance comes after revenue rose 136% to $6.9bn in the first quarter, the company said on Wednesday in a statement. That beat the $6.1bn analysts had projected, according to data compiled by Bloomberg. Adjusted ebitda earnings were $168m in the quarter, surpassing the $135m analysts expected.

“After more than two years of persistent and sometimes unpredictable impacts to our business, our Q1 results make clear that we are emerging on a strong path out of the pandemic,” CEO Dara Khosrowshahi said in the statement.

Khosrowshahi said Uber’s driver base is at a “post-pandemic high” and that it expects engagement to continue “without significant incremental incentive investments”.

The driver shortage underscores the challenge of grappling with pandemic-induced swings in demand and reveals the fragility of a labour model ill-equipped to address them. By hiring drivers as independent contractors, ride-hailing companies were historically able to offer lower prices than traditional taxis.

But the pandemic destabilised this workforce after demand for ride-share cratered and many found other jobs, were better off collecting unemployment benefits, or were more concerned about the risk of infection from being in close quarters with passengers.

Unlike the speed at which customer demand has rebounded, luring back drivers and onboarding new ones to meet demand is taking more time and money than investors expected. After spending hundreds of millions in 2021 to entice drivers back to the platform, a spike in fuel prices when the war in Ukraine broke out dealt a blow to efforts, just as companies were scaling back bonuses.

Uber and Lyft, which reached profitability for the first time as public companies in 2021, are faced with balancing a post-pandemic recovery and profits after years of losses.

The intensifying competition for labour is also revealing the different ways in which ride-hailing giants are tackling the issue. Uber said it has been making tweaks to the driver app, like unlocking the ability to see upfront fares before accepting a ride, improving maps and removing bugs. Rather than increase incentives, Uber plans to instead focus on its “holistic product experience as a way to attract, engage and retain earners”, Khosrowshahi said.

Unlike Lyft, Uber was able to rely on its food-delivery business Uber Eats, which boomed during the pandemic just as ride share demand plunged. The delivery segment, which includes orders across restaurant, grocery and alcohol, has continued to grow despite indoor dining resuming, with bookings up 12% from a year ago to an all-time high of $13.9bn.

Growth at Uber Eats has also helped funnel more drivers into its ride-hailing business. The ability to toggle between ferrying meals and people to make money has enticed drivers, many of whom shifted to food-delivery during the pandemic. “The success there has been very, very significant,” Khosrowshahi said. Active drivers in the US and Canada increased 70% in April compared with 2021, with new drivers jumping 121%, he said.

Uber recorded a net loss of $5.9bn due to unrealised losses from stakes in Didi Global, Grab Holdings and Aurora Innovation.