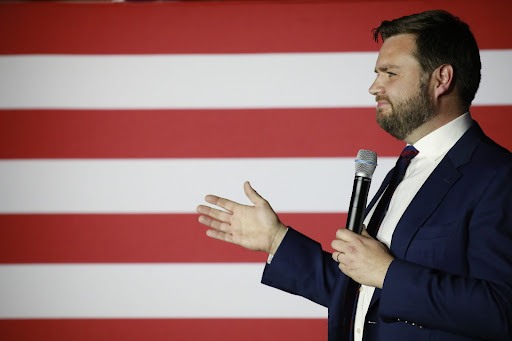 Vance, making his first bid for public office, defeated six other candidates in Tuesday’s Republican primary contest. All but one of the leading contenders had cast themselves as standard bearers of Trump’s “America First Movement”.

Analysts cautioned against reading too deeply into the outcome of one race. Trump’s endorsements will be tested in coming weeks with GOP primaries in states including Pennsylvania, North Carolina and Georgia. He has sought to use the election cycle as a way to bolster his status as Republican kingmaker while teasing a possible 2024 White House run.

Yet Trump showed in the Ohio primary that his endorsement could elevate Vance — who had called Trump unfit and “noxious” in 2016 and now fully embraces him and his views — from third place in the polls to victory. Trump’s influence has been on display during the primary season with candidates mimicking his style and staking claim to his legacy.

Republican strategist Mike DuHaime said Vance fought a good, smart campaign that was appealing to many of Trump’s constituencies.

The primary race was one of the most expensive in the country, with candidates and the committees supporting them spending more than $72m — mostly to attack each other, according to the media-tracking firm AdImpact.

Tuesday’s election took place a day after a leaked draft opinion indicated the US Supreme Court was poised to overturn Roe vs Wade, an issue that could sway suburban women voters in November’s general election and test whether Ohio has moved squarely away from being a swing state and is now solidly Republican.

Ryan is running a campaign focused on economic issues affecting working-class voters who left the party under Trump and has already released an ad attacking Vance’s ties to California.

In his victory speech on Tuesday night at an event in Cincinnati, Vance said Ryan “is running as a Trump Democrat”.

Republicans are heavily favoured to take control of the House, with the president’s party historically losing seats during the first term. The Senate, however, is deadlocked at 50-50, and the GOP’s chances for a majority in the upper chamber are cloudier, due in part to questions about Trump-backed candidates’ statewide electability.

Trump said in a “tele-town hall” call on Monday night that he endorsed Vance because he’s the best candidate to defeat Ryan. But dozens of Ohio GOP county chairs, state committee members and 2016 delegates for Trump urged the former president not to back Vance.

Republican pollster Whit Ayres said state Senator Matt Dolan, the only leading candidate not to court Trump’s endorsement, would have been the best Republican candidate in the general election in Ohio.

Dolan looked to capitalise on a late surge and did well in his home county of Cuyahoga; in Franklin County, where he was endorsed by the county GOP; and other urban areas. But Vance dominated in the rural counties that also gave Trump an overwhelming vote.

Vance, author of the best-selling memoir Hillbilly Elegy and backed by $13.5m from billionaire Peter Thiel, portrayed the race as a “battle for the soul” of the GOP between establishment Republicans and populists like Trump and himself.

He even took an “America First” position that he cares more about illegal immigration and drug smuggling at the southern US border than Russia’s invasion of Ukraine.

Vance was running third behind Gibbons and Mandel in a Fox News poll in early March before Trump announced on April 15 that he was endorsing him, vaulting Vance into the lead in another Fox News poll conducted right before the primary.

Trump’s endorsement came late, after early voting had started. But it helped Vance peak at the right time and give him momentum that generated a sense that his victory was inevitable, said Mark Weaver, a veteran Republican strategist in Ohio.

“Some voters were keeping their powder dry for something to happen,” Weaver said. “Trump endorsing was a big something.”

Trump chose Vance after watching an entire debate and deciding he was the best and came across well on television, according to a person familiar with his thinking.

His other high-profile endorsed candidate in Ohio, former White House aide Max Miller, won the GOP congressional primary in the 7th District against three other candidates.

Six other candidates Trump endorsed in Ohio who weren’t running unopposed also won their primary races, according to the AP.