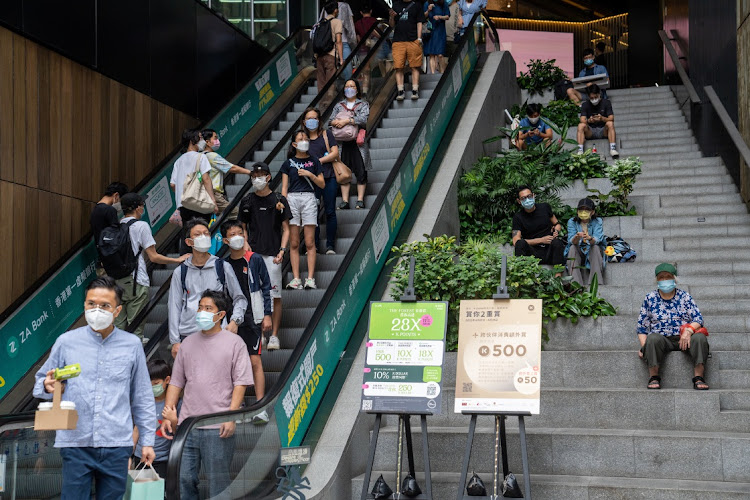 Hong Kong is accelerating its reopening plans as Covid-19 cases drop, easing mask-wearing rules and allowing more leisure venues to reopen, despite continued circulation of the pathogen that has led most rival financial hubs to live with the virus.

The latest measures mean people will no longer have to wear masks while exercising outdoors and will allow beaches and swimming pools to reopen starting on May 5. Two weeks later on May 19, dining-in at restaurants will be extended to midnight, while bars can stay open until 2am, CEO Carrie Lam said at a briefing on Tuesday.

The earlier-than-expected easing comes as infections drop to the low triple digits after reaching a peak of over 50,000 in a devastating Omicron wave that became the deadliest outbreak in the world earlier this year. It also shows that Hong Kong may be taking a less doctrinaire approach to maintaining China’s no-tolerance policy, even as officials continue to voice their backing of Beijing’s Covid-zero strategy.

“I’m pleased to say that we can gradually resume normal life,” Lam said. The quick easing will set a baseline for Hong Kong’s next CEO, presumably John Lee as he is the only current candidate for the role Lam plans to exit on July 1, after the May 8 election.

The move is a respite for Hong Kong’s residents, who have only just begun to emerge from restrictions put in place during the Covid surge that began at the start of the year. Bars and many public venues were ordered closed in January, while beaches shut in March after criticisms from the mainland over the seeming lax enforcement of outbreak measures in the city.

While the changes suggest Hong Kong is slowly creeping towards the end of the Covid-19 tunnel, the city is still far behind regional rivals like Singapore, where borders have been reopened and life has largely returned to pre-pandemic standards. Other limitations, particularly on new arrivals and their quarantine requirements, remain strict.

The Covid curbs hit the city’s economy in the first three months of the year. Retail sales fell 14.6% in February and exports plunged 8.9% in March. The results have economists predicting Hong Kong’s first-quarter GDP will contract from the previous year — a first since 2020 when the Asian financial centre was in a historic two-year recession.

The city has lost its status as an international aviation hub, though there has been some recent loosening of flights bans and quarantine requirements for aircrew. These measures have had a lukewarm reception from the business community and the airlines, who say more needs to be done for the city to remain internationally competitive.

Bars must limit the number of people sitting together to four per table. Restaurants can allow eight to eat together, up from four previously, starting May 5 in time to allow  larger groups to gather for Mother’s Day, Lam said.

“Mother’s Day is around the corner and then on that weekend we’ve also got a holiday for the Buddha’s birthday,” she said. “We hope that by relaxing the number of patrons allowed at a table, three generations — the grandmother, the mother and also the third generation — can share a table together.”

The second stage of easing is proceeding as planned since case counts did not rebound once dining-in after 6pm and other restrictions were relaxed earlier in April. The number of positive samples detected from sewage monitoring and daily infections continue to fall, providing confidence that reopening would be safe, Lam said.

As the situation is stabilising, healthcare workers from mainland China have begun to depart Hong Kong. The last team will leave by the end of this week.

Hong Kong’s easing stands in contrast to the approach in China, where Shanghai is entering its fifth week of lockdown as thousands of infections are reported each day. Beijing and other mainland cities are deploying partial lockdowns or mass testing campaigns to contain smaller outbreaks, with no relaxation until local transmission chains have been cut.

The country recorded more than 6,000 new cases on Tuesday, most of them in Shanghai.