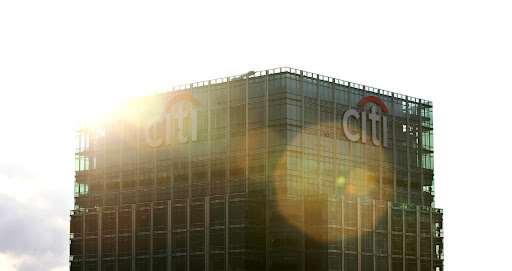 The OMX Stockholm 30 Index slumped as much as 8% in just five minutes before 10am on Monday, but quickly recovered most of the losses. A trader at Citi’s London desk made an error inputting a transaction, sparking an abrupt sell-off across European equities that briefly wiped out €300bn.

“The problem is not the mistake per se, but all the algorithms and stops that were triggered,” said John Plassard, a director at Mirabaud & Cie. “It shows the market is always vulnerable to human error and that algorithms and various CTAs are far too present in markets,” he added, referring to the commodity trading advisers who often use rapid systematic orders to pursue market trends.

On Monday, there was added pressure: a public holiday in the UK left European stock markets with about a quarter less liquidity than normal, giving the remaining trades an outsize chance of moving prices.

It was “the worst day possible for this to happen,” Guillermo Hernandez Sampere, head of trading at asset manager Manfred Piontke Vermoegensverwalt in Germany, said by phone. While the circumstances were unusual, he said the flash crash demonstrated a broader need to take action and prevent such moves in the future.

“We shouldn’t wait for the regulator to do something, that’ll take too long — instead, brokers, banks and stock exchanges need to implement changes now, such as introducing circuit breakers,” he said.

Previous sudden crashes include the slide in the pound in 2016, as well as Wall Street’s Black Monday in October 1987 and the flash crash in May 2010. In the US, regulators have tried to stave off further shocks to share prices with new rules including greater disclosure for big traders, as well as circuit breakers to cool off overheated price moves and curbs on algos to prevent shares moving too quickly.

Europe, though, governs its markets mostly on a country-by-country basis.

Nasdaq Stockholm, where Monday’s crash originated, has volatility guards for individual stocks, according to spokesperson David Augustsson. These guards halt trading if a share price moves a certain amount from its last price or that day’s opening price. Each stock has its own thresholds, he added. About two-thirds of all trading is based on algorithmic dealing now, compared with about 30% a decade ago, he said.

Between 9.57am and 10.05am on Monday, the Nasdaq Nordic’s total turnover was €378m, about five times the average volume, according to Augustsson. The exchange is in touch with Citi and doesn’t see a reason to cancel any trades, he said.

Sweden’s financial regulator is in ongoing contact with Nasdaq, said Susan Vo Bergqvist, a spokesperson for the Financial Supervisory Authority. It is too early to say whether any action will be taken, she added.

“It’s hard to know the outcome, but this could perhaps be a trigger to look at European system for managing trading halts and circuit breakers,” said Anish Puaar, European market structure analyst at Rosenblatt Securities.

PODCAST | The bitcoin flash crash and what it means for cryptocurrencies

PODCAST | The bitcoin flash crash and what it means for cryptocurrencies