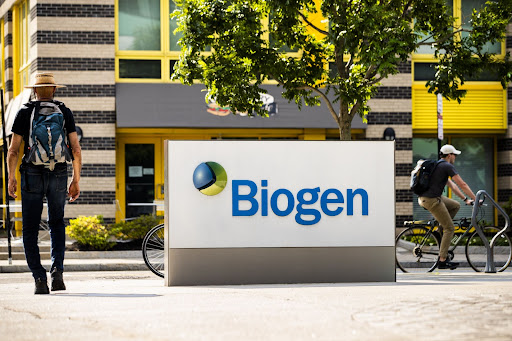 Biogen CEO Michel Vounatsos will depart and the biotechnology company is planning more deep cost cuts as it tries to move beyond a disastrous rollout for its Alzheimer’s disease drug Aduhelm.

Vounatsos plans to step down from the top job once a successor is appointed, Biogen said in a statement on Tuesday. At the same time, the company said it will eliminate virtually all its commercial infrastructure for Aduhelm, resulting in an additional $500m in cost reductions beyond the $500m in cuts it previously announced.

After once banking on the drug to form the backbone of its future growth, Biogen is “effectively throwing in the towel on Aduhelm”, said Brian Abrahams, an analyst at RBC Capital Markets, in a note to clients.

Shares of the Cambridge, Massachusetts-based company rose 1.9% in New York. Since cresting to a 52-week high of $414.71 after Aduhelm was approved in June, Biogen shares had lost half their value through to Monday’s close.

Less than a year ago, Biogen appeared to be on the verge of a spectacular success after Aduhelm became the first new Alzheimer’s treatment in almost two decades to gain approval in the US. The drug was expected to be a once-in-a-generation blockbuster that could help millions of people suffering from the deadly memory-destroying disease.

But doubts about Aduhelm’s efficacy after its rocky path to the market doomed the treatment from the start. Expert advisers to the US Food and Drug Administration (FDA) had recommended that the agency reject the therapy because of conflicting evidence from two large clinical trials. Though the FDA cleared it anyway through an accelerated pathway, insurers rebelled over a lack of proof that the drug slows cognitive decline and many refused to cover it, even after Biogen chopped its price in half to $28,200 a year.

The most critical blow, however, came in April, when the US Centers for Medicare and Medicaid Services finalised a decision to sharply limit coverage, meaning that millions of seniors who rely on government health plans to cover their medical costs would probably never be able to afford the medication.

Vounatsos first joined Biogen in 2016 as its COO. His exit follows the departure in 2021 of former research chief Al Sandrock, who was the architect of the Aduhelm approval strategy. Contacts between Biogen executives and FDA officials during the agency’s review of the drug are under scrutiny by the inspector-general for the US department of health & human services, as well as Congress.

On a conference call with investors on Tuesday, Vounatsos said that his tenure as CEO was a “good term” and called the transition “a natural event”.

The troubles with Aduhelm are likely to amplify challenges facing the company’s management as it searches for a major new driver of growth. Its efforts to rein in costs will limit spending on research & development at a time when its older medications, such as the multiple sclerosis treatment Tecfidera, are grappling with competitive threats.

Nonetheless, Biogen still has hopes for bringing a game-changing Alzheimer’s drug to market. Its focus will now turn to lecanemab, a treatment similar to Aduhelm that is being developed by Biogen’s partner Eisai. Biogen said in its earnings release that it and Eisai planned to seek accelerated approval in the US in the second quarter.

The companies expect results from a final-stage trial of the drug this autumn, and plan to submit for full approval by the first quarter of 2023, Biogen said in its release.

As part of its shift away from Aduhelm, Biogen wrote down $275m in inventory of the treatment, taking a related charge to its first-quarter results of 76c a share. Biogen said it plans to maintain minimal programmes to assure that the few patients who had started taking the treatment would still have access to it. Additionally, it will still fund some regulatory and research activities related to the drug.

It is too soon to say how many jobs would be lost as a result of the cost-saving measures, spokesperson Ashleigh Koss said in an email. “We are working with a sense of urgency, but it will take some time” to wind down the Aduhelm infrastructure, Koss said.

Overall, first-quarter earnings came to $3.62 a share, lower than the $4.35 a share analysts surveyed by Bloomberg had been anticipating, on average. Revenue was $2.53bn, down 6% from a year earlier, as some of the company’s older drugs saw lower demand. Sales of Spinraza, a treatment for spinal muscular atrophy, fell 9% from a year earlier.

For the full year, Biogen maintained its projection for earnings of $14.25 to $16 a share.

In the quarter, Biogen restructured its agreement with partner Eisai to take sole responsibility for Aduhelm. The company also sold its stake in a biosimilars joint venture with Samsung Biologics for $2.3bn.

Chinese vaccine maker’s sales in the first half of 2021 rocketed, but it warns future revenue could slip amid competition from other Covid-19 shots.
News
6 months ago

The deal, part of the French drugmaker’s development plan, could be worth as much as $5.2bn
News
5 months ago