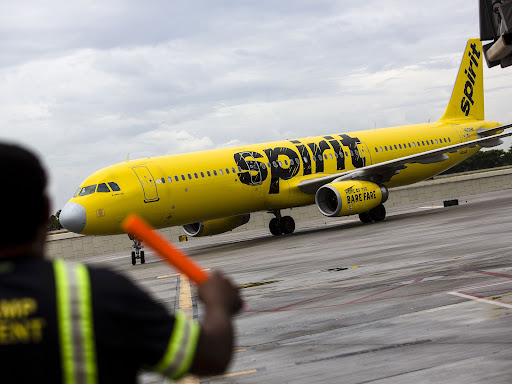 Spirit Airlines’ board has unanimously rejected JetBlue Airways’ unsolicited $3.6bn takeover bid over concerns it would not be consummated, saying it would instead stick with a lower offer from Frontier Group Holdings.

“The JetBlue proposal involves an unacceptable level of closing risk,” Spirit chairperson Mac Gardner said in a letter to JetBlue released on Monday. “Spirit continues to believe in the strategic rationale of the proposed merger with Frontier and is confident that it represents the best opportunity to maximise long-term shareholder value.”

The decision keeps Spirit and Frontier on a path to create the US’s largest deep discounter — carriers that charge fees for everything beyond a low, bare-bones ticket — at a time of rebounding domestic leisure travel. Spirit had accepted Frontier’s $2.9bn cash-and-stock offer earlier in 2022 before JetBlue in April stepped in with a bid that raised questions over possible antitrust pushback.

The move stymies JetBlue’s best shot at near-term growth. While the carrier did not increase its $33-a-share cash offer, it revealed a sweetened one on Monday with pledges to divest assets and include a $200m reverse breakup fee. The plan aims to reduce the risk of regulatory resistance while protecting an existing alliance in the northeast US with American Airlines.

Spirit shares tumbled 8% at 9.49am in New York, the biggest intraday decline in almost two months. JetBlue rose less than 1% and Frontier fell 3.4%.

In its latest proposal, reviewed by Spirit’s board in recent days, JetBlue offered to divest all Spirit assets in New York and Boston, if needed to avoid gaining greater market share in those cities, the carrier said in a separate statement. It could also surrender gates and assets at other airports, including Fort Lauderdale, Florida, where JetBlue and Spirit both have a large presence.

“We have confidence that we can complete this transaction,” JetBlue CEO Robin Hayes said in the statement. “Spirit shareholders would be better off with the certainty of our substantial cash premium, regulatory commitments and reverse breakup fee protection.”

The Northeast Alliance between JetBlue and American is already the focus of a lawsuit by federal antitrust enforcers who say it gives the pair too much market concentration in Boston and New York. Speculation has grown that the US justice department might not allow JetBlue to combine with Spirit and also keep the American alliance.