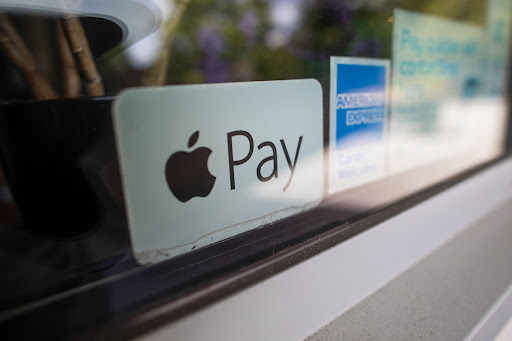 Apple was hit by a formal antitrust complaint from the EU for restricting access to technology and services that allow users to make payments direct from their iPhones. Picture: BLOOMBERG

Apple has been hit by a formal antitrust complaint from the EU for restricting access to technology and services that allow users to make payments direct from their iPhones.

The European Commission said on Monday it sent a so-called statement of objections alleging how the tech giant abuses its dominance over mobile wallets on its devices via its Apple Pay service. If confirmed, the company could face hefty fines under EU antitrust rules.

“We have indications that Apple restricted third-party access to key technology necessary to develop rival mobile wallet solutions on Apple’s devices,” EU antitrust chief Margrethe Vestager said in a statement. The EU’s charge sheet makes a preliminary finding that the company “may have restricted competition, to the benefit of its own solution”.

The decision to ramp up its probe comes weeks after the EU approved sweeping new rules to rein in how US tech firms operate in the region. The measures, designed to work alongside traditional antitrust powers, aim to prevent firms from abusing their power as gatekeepers to digital technology.

The Apple Pay probe was part of two cases the European Commission opened in June 2020 amid efforts by Vestager to rein in powerful big technology companies. It follows the EU’s decision in 2016 to hit Apple with a record €13bn tax bill, which is subject to a pending court case following the company’s successful appeal at a lower EU court.

Apple argued that its approach might anger big banks in Europe, some of whom have sought better deals to access Apple Pay. Apple says it gives all banks equal access to the payment system, with 2,500 banks in Europe connected, as well as smaller fintech companies and challenger banks.

“We designed Apple Pay to provide an easy and secure way for users to digitally present their existing payment cards and for banks and other financial institutions to offer contactless payments for their customers,” Apple said in a statement, saying it will “continue to engage with the commission to ensure European consumers have access to the payment option of their choice in a safe and secure environment”.

The EU move could pave the way for multibillion euro fines and an order to change how Apple does business. But the company will have the chance to contest the EU’s findings in writing and at a hearing.

The new Digital Markets Act, agreed on by negotiators in Brussels on Thursday, targets so-called gatekeeper companies — platforms such as Facebook ...
Business
3 months ago

Google, which has already been hit by more than €8bn in EU antitrust fines in the past decade, and Facebook are both being investigated for other ...
Companies
3 months ago
Next Article