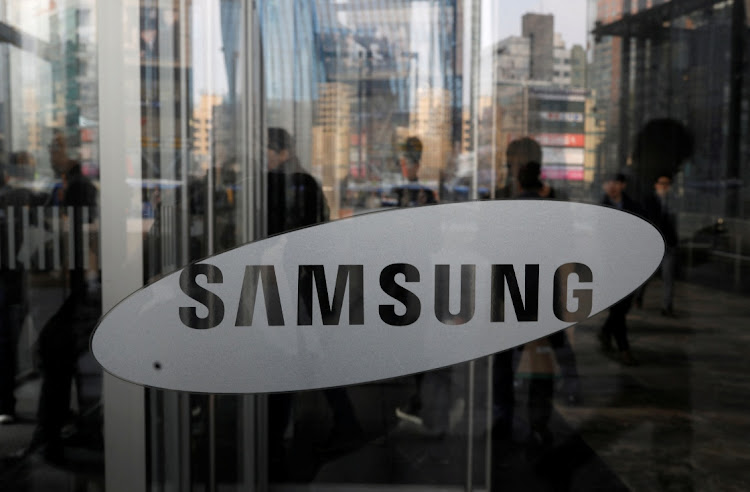 Samsung Electronics reported a surge in first-quarter profit on strong sales of memory chips and premium smartphones, but cautioned of risks ahead from inflation and geopolitical uncertainty.

Still in a conference call after results, Samsung repeatedly warned about the potential impact from the war in Ukraine, surging inflation and Covid-19 outbreaks that have led to lockdowns in China. The company is considered a bellwether for the tech industry since it’s the largest producer of memory chips for customers like Apple, as well as the biggest smartphone maker.

“It is an immense challenge to predict the duration or market ripple effects of various macro issues such as the Russian-Ukraine war and global inflation,” said Jinman Han, executive vice-president for the memory chip business.

Samsung declined to make a financial forecast for the year because of the many uncertainties. Its shares fell nearly 1% in Seoul trading; they had dropped 17% in 2022 through Wednesday’s close.

Revenue rose to a record, boosted by soaring demand for semiconductors that power everything from servers to mobile phones and smart cars. Samsung said its memory business exceeded its own guidance on bit growth because of solid demand from server and personal computers. It’s benefiting from device manufacturers adopting chips that have bigger storage and better performance.

Samsung said server demand is likely to remain strong, but short-term demand for mobile devices has suffered because of lockdowns in major Chinese cities and rising commodity prices, in part because of the war in Ukraine.

“A surge in raw materials prices caused by the Russia-Ukraine war” is hitting the smartphone industry, Han said. “The consumer sentiment has potential to recover later in the quarter, with the launch of new form factor models, with people spending more time outside following gradual reopening in some countries, with the resumption of investment in 5G infrastructure.”

Global smartphone shipments declined 11% in the first quarter, the worst drop since the virus broke out, Canalys data showed. Samsung projected smartphone demand would rise in the second half of 2022 after a slight decline in the current quarter.

Samsung said it benefited from the strength of the dollar against the Korean won, which outweighed weakness in some emerging currencies. The company estimated that helped boost operating profit by about 300-billion won.

Unlike in the past, when profits were hit hard by fluctuating chip prices, volatility in the current pricing downturn is expected to be less severe this time around. The DRAM industry’s transition to new-generation DDR5 memory and rising NAND prices due to a contamination accident at a rival chipmaker could protect profitability at Samsung, said Greg Roh, an analyst at HMC Investment & Securities.

South Korean memory chipmaker SK Hynix said Wednesday that its profit more than doubled in the latest quarter after datacenter sales offset slowing consumer demand and memory prices fell less than was feared. For the rest of the year, Hynix said it expects a bounceback in PC and smartphone sales in the seasonally stronger second half, but that hinges on how long China’s Covid-19 lockdowns continue, which the company said have already affected manufacturing, supply chains and consumer demand.

Samsung is also making an aggressive — and expensive — push into the foundry business, essentially manufacturing semiconductors for companies like Apple and Google that have started designing their own silicon. Taiwan Semiconductor Manufacturing is by far the leading player in the market, but has vowed to catch up. It set an aggressive goal to start producing 3nm-based chips in the first half of this year, ahead of TSMC’s schedule.

Still, progress has come at a cost. Although its foundry sales are rising amid the global chip shortage, investors question Samsung’s capability of manufacturing advanced nodes beyond 4nm. Its foundry unit is grappling with slower-than-expected improvement in production yields at its advanced chipmaking process.

While Samsung’s pledge to actively pursue mergers and acquisitions has stalled, there’s rising expectations that vice-chair Jay Y Lee — out from prison on parole — may get back to the office within 2022. South Korea’s major business lobby groups sent a joint letter urging President Moon Jae-in to pardon Lee, citing rising risks in the global business environment, according to Yonhap News. The move comes as US President Joe Biden is planning to visit Samsung’s most advanced chip plant in Pyeongtaek during his trip to South Korea in late May.

Samsung hired semiconductor investment banker Marco Chisari for a senior role from Bank of America, Bloomberg News reported this week. He had worked at Bank of America since 2018, and had previously worked at Credit Suisse, JPMorgan Chase, and Mubadala Development.

The extent to which its Game Optimising Service slows the S22, a lack of details about the software in marketing material and the inability to ...
Companies
1 month ago

The LAPSUS$ hackers posted a 190GB torrent file to their Telegram channel late on Friday, claiming it contained confidential Samsung source code that ...
News
2 months ago