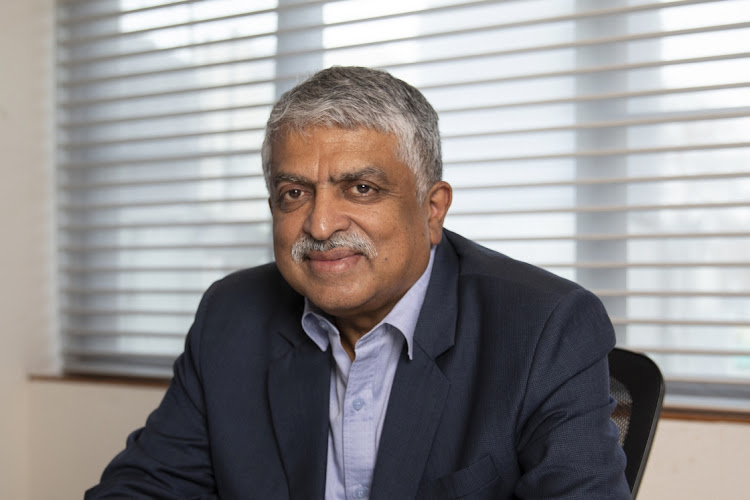 He cofounded software powerhouse Infosys, became a billionaire and went on to spearhead a colossal government programme to create biometric identification for India’s almost 1.4-billion people.

Its stated purpose is to create a freely accessible online system where traders and consumers can buy and sell everything from 23-cent detergent bars to $1,800 airline tickets. But its unspoken objective is to eventually curb the powers of Amazon.com and Walmart-owned Flipkart, whose online domination has alarmed small merchants and the millions of local mom-and-pop stores, called kirana, that form the nation’s retail backbone.

As the two global giants poured a combined $24bn into India and captured 80% of the online retail market with aggressive discounts and promotion of preferred sellers, the kirana shops are fearful of an uncertain future. Despite online commerce accounting for just about 6% of the overall retail market, they are anxious they will be eventually snuffed out, meeting a fate similar to many family-owned businesses in the US and elsewhere.

The not-for-profit system, which goes by the unwieldy name of Open Network for Digital Commerce, or ONDC, seeks to address those concerns. Never attempted anywhere else, it aims to allow small merchants and retailers to plug in and gain the reach and economies of scale of giants. Essentially, the government would create its own e-commerce ecosystem for everyone, designed to loosen the stranglehold of companies like Amazon that dictate which brands get access to prime consumers and on what terms.

“It’s an idea whose time has come,” Nilekani said recently in a conversation at his private office in the Billionaire’s Row area of Koramangala in Bangalore, home to some of the nation’s top tech tycoons. “We owe it to the millions of small sellers to show an easy way to participate in the new high-growth area of digital commerce.”

A pilot of the not-for-profit, government-run network is set to be rolled out next month to select users in five cities. Lenders including ICICI Bank and state-owned Punjab National Bank and State Bank of India have bought stakes in the entity. A spokesperson for Amazon said they’re trying to better understand the model to see if the Seattle-based company has a role to play. Flipkart didn’t respond to a request seeking comment.

India has become a battlefield for some global retail behemoths that are either shut out of China or are struggling to compete with local rivals there. With almost 800-million smartphone users, the sheer size and potential have turned the South Asian country into an ideal testing ground for many companies, including Google, Meta Platforms and home-grown giants such as billionaire Mukesh Ambani’s Reliance Industries.

In his previous avatars, Nilekani helped the government develop the Aadhar biometric ID system, roughly a digital equivalent of the US social security programme. For most Indians, it is their first proof of existence. Authorities say it helps reduce fraud and ensures welfare payments reach the right people. Nilekani also helped introduce a payments backbone called the United Payment Interface, or UPI. Used by the likes of Google and WhatsApp, it surpassed 5-billion transactions in March.

Hired as an adviser to ONDC last summer, the salt-and-pepper haired, mustachioed tech czar wants to do for e-commerce what UPI did for digital payments.

But his biggest challenge would be to ensure the network achieves its goals. Amazon and Flipkart have dominated the market because their tested technology lures merchants and buyers to their platforms. The government needs to build something comparable — or better — if it wants to outdo the dominant e-commerce platforms, said Anil Kumar, CEO of Redseer Management Consulting.

“Everything hinges on the network bringing on the widest set of buyers, sellers, payments logistics and warehousing providers, and so on,” said Bangalore-based Kumar. “The challenge is to standardise and smoothen the experience such as returns and refunds for buyers and sellers and to create an open network where everybody wins.”

Nilekani will also be under pressure to avoid the kind of controversies that have dogged his previous projects. Aadhar has been under a cloud over data privacy, security and identity-related concerns. India’s Supreme Court is currently examining a matter linked to UPI, after a legsilator accused Amazon, Google and Meta’s WhatsApp of participating in the system without much scrutiny and allegedly in violation of rules.

If successful, the e-commerce grid could help millions of small businesses go online and worry less about the global giants. Among those eager to try it out is Kauser Cheruvanthody, one of the owners of a five-store baby-products chain in Bangalore. He’s never sold online but a 30% decline in sales during the pandemic came as a shock.

“ONDC could change the game,” Cheruvanthody said. “I’m ready to fight Amazon and others, discount for discount.”

“Nandan is known for his long game, for setting up systems for enduring change with very intentional thinking on which parts of the economy should be digital public goods and which parts capitalism-driven,” Taneja said.

Entrepreneurs such as Kumar Vembu are enthused by the prospects of an open model. His start-up GoFrugal provides enterprise software to over 30,000 small traders and quick-service restaurants. He’s now helping hundreds of them integrate with the new network.

“Until now, small retailers were bringing a knife to the gunfight,” said Vembu. “Now, we can properly equip them to compete.”

The open network is targeting 100 cities in the coming months said CEO Thampy Koshy, a former senior partner of EY.

Aadhar took nine years to reach 1-billion people on the platform, while UPI took five years to cross 4-billion monthly transactions. Nilekani said he’s optimistic that ONDC will be rolled out much faster as India has been down this road before.

“We are charting a new course and the goal is to change the rules of the e-commerce game,” he said.