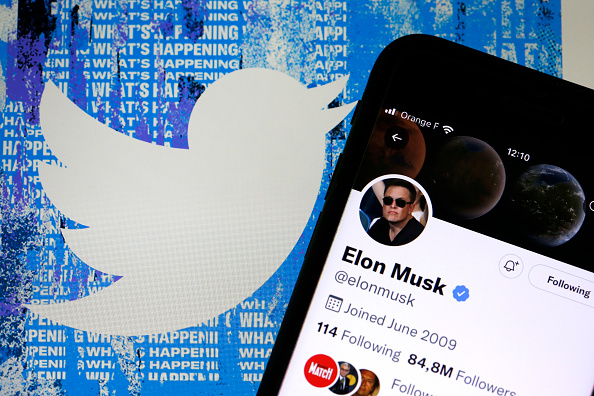 Twitter’s new owner Elon Musk says everyone will have a place on the platform — including those he doesn’t like. Even so, one user suspects his days on the social media platform are numbered: the teen tracking his private jet.

Jack Sweeney told his followers where they could find the viral “Elon Musk’s Jet” account on other social media platforms shortly after Musk struck a deal to acquire Twitter for $44bn in one of the biggest leveraged buyout deals in history.

“I don’t know where it could go. Elon has said all this stuff about free speech, but at the same time he does have control. So he could do something to suspend my account,” Sweeney said in an interview. Nineteen-year-old Sweeney rose to online fame for turning down $5,000 from the Tesla CEO to shut down his Twitter bot account tracking the movements of Musk’s private plane. Musk first reached out to the Florida college student in November 2021 to shut down the account over privacy concerns.

However, Musk — who has a net-worth of $257bn, according to Bloomberg’s Billionaire Index — did not respond to the Florida teen’s counter offer of $50,000 or an internship opportunity, and the account has remained active ever since.

Fans of the handle fear Musk’s acquisition of Twitter could spell the end of an account that has become an internet darling. Though he hasn’t heard anything from Twitter or from Musk, Sweeney said the SpaceX CEO unblocked the Elon Jet account a week ago.

After turning down an offer to join Twitter’s board, Musk offered to take over the company, which has become a hub for public discourse, with the aims of making it a bastion of free speech online. However, Sweeney believes the billionaire could make the case that the account poses “more of a security risk than freedom of speech risk”.

“Elon said he wanted the account down for safety reasons, but I don’t know if I believe that. I just think he doesn’t want people knowing where he is,” Sweeney said. Atypical corporate travel can provide clues about a company’s business activity, M&A and more, leading  private and corporate aviation intelligence to become a booming business.

Still, Sweeney isn’t too worried about the future of the accounts since any move against “Elon Musk’s Jet” or his other accounts tracking private jets of the ultra-wealthy could jeopardise Musk’s mission to champion free speech online.

“If he did do something, that would make him look worse,” Sweeney said.

In the event that Twitter moves to suspend the “Elon Musk’s Jet” account, Sweeney said he would try to make an appeal to reinstate the account. Another Twitter account Sweeney operates that tracks billionaire Mark Cuban’s jet was temporarily suspended, but the teen made a successful appeal to reactivate it after making changes to the name and description.

In the event that Elon’s Jet is booted from the platform entirely, Sweeney said he would continue tracking Musk’s private jet on other social media platforms and his website, Ground Control.

There is fear that unbridled free speech could spiral into misinformation and hate speech, leading advertisers to dissociate themselves from Twitter
Companies
3 weeks ago

A watchdog group, Media Matters for America, has however warned against exactly what some Republicans cheered
World
3 weeks ago
Next Article

Wanted Online: London in three R’s: where to rest your rump

Wanted Online: London in three R’s: where to rest your rump