Abrdn and Schroders are among the largest shareholders, even after committing to reducing finance for fossil fuels 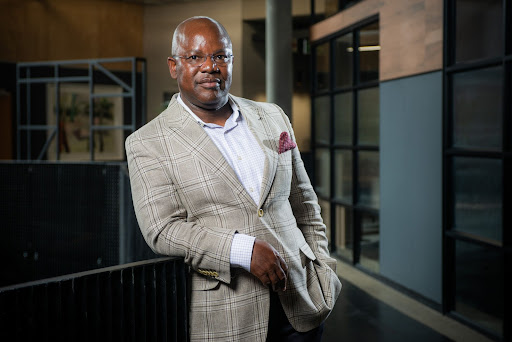 Anglo American spin-off Thungela Resources has emerged as the world’s best-performing major coal stock. It is also one of the most profitable bets by a group of fund managers that have promised to reduce their financed greenhouse gas emissions.

Since its June listing, Thungela’s share price has increased more than 10-fold amid a rebound in demand for the dirtiest fossil fuel. Thungela CEO July Ndlovu has said he’s planning to develop new coal resources, noting the company is now free of an owner that had questioned further investment in coal mining.

Coal’s stunning ascent is the product of a post-pandemic energy crisis that’s being turbocharged by Russia’s war on Ukraine. And with coal companies in Europe under pressure to shut down, those operating in emerging markets are posting outsized returns.

For asset managers that purchased Thungela shares after its unbundling, the investment has been lucrative. It also raises questions about their stated commitment to accelerate the financial sector’s transition to net-zero emissions.

Abrdn and Vanguard are among Thungela’s biggest holders. Both got in from the start, though Abrdn confirmed it has since “topped up” its position to 4.7%. Vanguard holds an equivalent stake.

In an emailed response to questions, Abrdn’s Peter Silver, an investment analyst, said Thungela plans to replace declining production at one mine and improve productivity at another.

Other asset managers holding Thungela stakes declined to comment, including Schroders, which owns 1.5% of the company. BlackRock, which holds 1.8%, referred to existing policies on its website. A sizeable proportion of the Thungela shares held by BlackRock and Vanguard are in passively managed index-tracking funds, data compiled by Bloomberg show.

The three firms are signatories to the Glasgow Financial Alliance for Net Zero (GFANZ), meaning they’ve committed to support the goal of net-zero emissions by mid-century or sooner, in line with global efforts to limit warming to 1.5°C.

For the world to avoid catastrophic levels of warming, the UN Intergovernmental Panel on Climate Change has urged a halt to investment in and a rapid phase-out of coal mining. And the International Energy Agency has said there should be no new coal mines or mine extensions from 2021.

Thungela told Bloomberg it plans to seek board approval for two projects to replace those that are either slated to close down or where production is declining. In its annual report, released last week, it lists another mine extension project and a potential new mine.

Anglo sold its last Thungela shares in March for about $115m (R1.824bn). “How Thungela chooses to allocate its capital is between Thungela and its shareholders,” Anglo said in a response to questions.

GFANZ members have the option of complying with one of five different coal positions. For example, an asset manager can show a general commitment to “phase out investments”, according to its website. Or it can commit to “immediately ceasing financial or other support” to companies building new coal infrastructure or investing in expansion.

The alliance, which is now a year old, has been urged by nonprofits to tighten its guidelines for members. “We have seen very few indications that the major members of GFANZ are serious about withdrawing financial services from the fossil fuel industry,” a group of more than 100 nonprofits wrote in a recent letter. “Members’ actions on coal are shockingly inadequate.”

Thungela's biggest shareholder, the Public Investment Corporation (PIC), has been increasing its stake in recent days. The fund manager, which oversees about R2.4-trillion of mainly government worker pensions, raised its holding to 12.6% on April 19 from 8% on April 7. The PIC, which didn’t respond to a request for comment, said on its website that it integrates “environmental, social and governance principles as the fundamental principles of its investment process”.

Smaller fund managers have also invested in Thungela, while at the same time touting their commitment to environmental, social and governance principles.

Fairtree Capital, which owns 3.1% of the coal producer, notes on its website that its reforestation support measures are helping protect SA’s only endemic parrot. Fairtree declined to comment when asked about its coal investment.

Coronation Fund Managers, which oversees $40bn in assets, has built a 3% stake in Thungela. In August 2021, Neville Chester, a portfolio manager at Coronation, wrote in a note to clients “that a 100% thermal coal operation is unlikely to find a home in many portfolios, which means that capital markets are, for all intents and purposes, closed’’ to Thungela. In a response to queries this month he said the allocation reflects a bet that coal gains will continue.

“The merits of the investment case for Thungela” are “determined by our long-term view of thermal coal prices,” he said.

The miner’s chair says demand for thermal coal is expected to be robust, particularly in key export markets
Companies
4 weeks ago

South32 flush with cash even after record dividend payout and copper mine ...

South32 flush with cash even after record dividend payout and copper mine ...