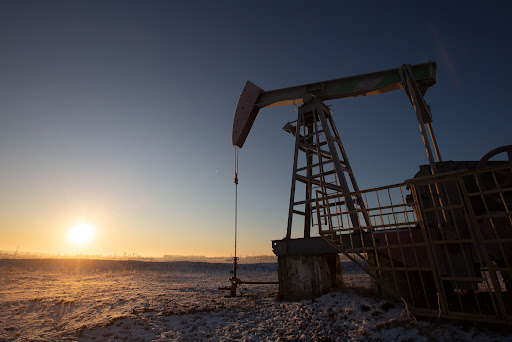 Oil rose after Russia cut natural gas supplies to Poland and Bulgaria, escalating Europe’s energy crisis as the war in Ukraine drags on.

West Texas Intermediate traded above $102 a barrel after gaining 3.2% on Tuesday. European gas prices surged after Russia halted flows to Poland and Bulgaria, making good on a threat to stop supply to countries that refuse President Vladimir Putin’s demand to pay for the fuel in roubles.

Energy markets have been gripped by a tumultuous period of trading since Russia’s invasion of Ukraine in February. The US and UK have pledged to ban oil imports from the OPEC+ producer, but the EU has struggled for consensus on similar measures. The war continues, despite efforts for a ceasefire.

Russia demanded payments in roubles after Moscow was hit by a raft of financial sanctions due to the war in Ukraine. The EU rejected the move in principle but now payment deadlines are starting to fall due, and the focus now turns to other European capitals, particularly Berlin, which is heavily dependent on Russian gas.

“With Russia moving closer to weaponising natural gas supplies to Europe, we are unlikely to see Brent crude below $100 this week,” said Jeffrey Halley, a senior market analyst at Oanda Asia Pacific Pte. Concerns about a slowdown in China due to its virus lockdowns will limit price gains, he added.

Germany’s Economy Minister Robert Habeck said on Tuesday that the nation had already cut its reliance on Russian oil enough to make a full embargo “manageable.” Crude from the country now makes up only 12% of imports, from 35% before the invasion, he said in Warsaw.

Brent remains narrowly in backwardation after nearing a bearish contango structure on Tuesday. The global benchmark’s prompt timespread was 42 cents in backwardation — a bullish pattern — compared with as high as $4.64 in early March just after the Russian invasion of Ukraine. 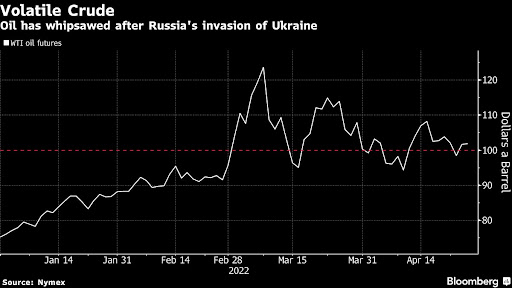 In Asia, there are some positive signs emerging from virus-hit China. Shanghai hinted at an easing of lockdown measures as infections dropped to the lowest in three weeks, while case numbers in Beijing stabilised. President Xi Jinping also made a commitment to boost infrastructure construction to bolster the economy.