Despite historically poor performance there, Europe’s biggest carmaker says it will be forging ahead 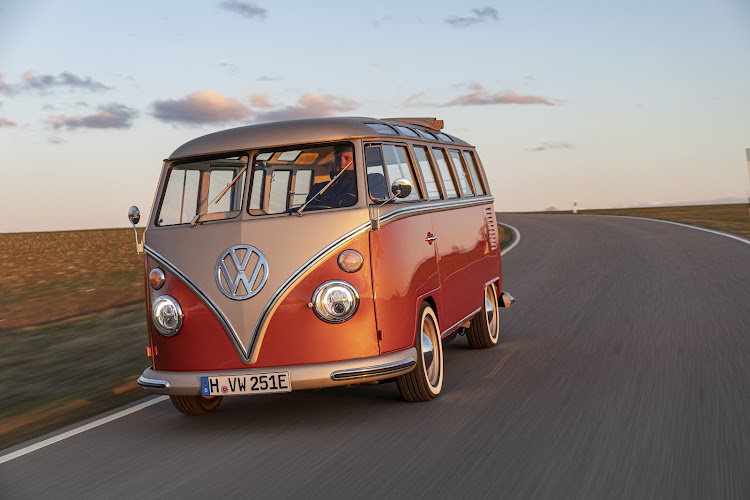 For years, Volkswagen’s poor performance in the US fuelled debate among the group’s managers about whether Europe’s biggest carmaker should simply pack up and leave.

According to CEO Herbert Diess, that’s no longer remotely an option.

“We are going nowhere,” Diess said in a recent interview with CBS’s 60 Minutes. “No, we have to come back in the US. We have to become relevant in the US. And we are in the right way.”

The right way, according to Diess, is to focus on the larger vehicles that appeal to US drivers, instead of shipping over sedans designed for European consumers. This includes electric SUVs like the ID.4 and the ID. Buzz, a battery-powered iteration of the hippie-era minibus that still maintains a cult following.

“We didn’t take the US customer seriously enough,” Diess said.

The right way also means showing your face and shaking hands, especially after the company’s cataclysmic diesel-emissions scandal. Last month, Diess attended the South by Southwest festival in Austin, Texas, where he showed off the ID. Buzz, rubbed shoulders with start-up CEOs and met Texas Governor Greg Abbott. A few days later he was in Chicago to chat with Jeff Bezos and attend the Amazon founder’s invite-only MARS technology conference.

Volkswagen and its brands including Audi, Porsche and Bentley have long focused on Europe and growing in China, which now accounts for roughly 40% of the group’s total sales. While this approach yielded healthy profits, it’s not ideal positioning at the moment.

The war in Ukraine disrupted supply chains in Europe, and the lengthening list of sanctions targeting Russia is a grim reminder of what could happen if China were to assert itself in Taiwan. VW has for years fielded uncomfortable questions about operating in Xinjiang, where human rights groups and a panel of UN experts have raised concerns about coercive labour practices. Diess told 60 Minutes he is “absolutely sure” there’s no forced labour at VW’s plant, and said locals “are much better off” if the company stays in the region.

China’s geopolitical tensions and interest in cultivating home-grown automotive champions make the US a relatively attractive place for VW to prioritise investment. Buyers there spend big on luxury cars and regularly fork over more than $50,000 on large SUVs and pickups. The latter segment is also going electric. When 60 Minutes pointed out that VW doesn’t have plans to make an electric truck, Diess quickly replied “not yet”.

Succeeding in the US won’t be easy. Japanesecarmakers’ efforts to ding Detroit’s dominance of bakkies have largely failed, with Toyota’s Tundra and Nissan’s Titan never coming close to the volumes mustered by Ford’s F-series or GM’s Chevrolet Silverado. When it comes to battery-powered sedans and SUVs, Tesla is far ahead.

During my recent road trip through the American Southwest, I was surprised how many Model 3s we saw, and Tesla’s new factory in Austin, Texas, will churn out more Model Ys. During a Wednesday evening earnings call, Elon Musk said Tesla is on track to expand production to more than 1.5-million vehicles this year, implying more than 60% growth at a time when VW and others are struggling to source enough wire harnesses and semiconductors.

None of this is discouraging the German giant. Sales for VW’s main brand climbed 15% to 375,030 units in the US in 2021. That’s still a far cry from the more than half a million vehicles the company delivered during the late 1960s and early 1970s, when the Beetle and original minibus were all the rage.

But VW is setting itself up to claw back some of that share, retooling its factory in Chattanooga, Tennessee, to make EVs including the ID.4. It’s building up US EV charging infrastructure and is looking to build more battery plants in the country. “This is such an important market,” said Diess.

VW wants to be the most ‘aspirational’ of SA’s high-volume brands — it must be the ambition of consumers to own a VW, it says
Opinion
2 months ago

A three-day conference by Numsa is aimed at preparing and consolidating wage demands in economic sectors including the automotive and aviation ...
National
2 months ago
Next Article