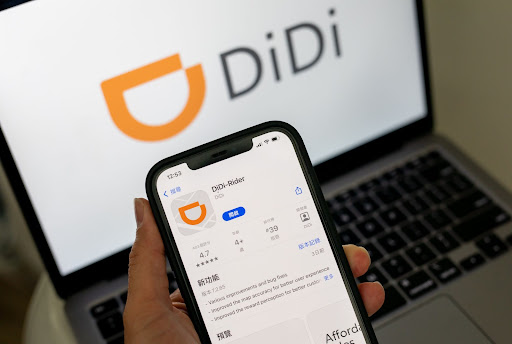 Senior Chinese officials have pushed back on a set of proposed punishments for Didi Global submitted by the nation’s cybersecurity regulator, leaving the future of the troubled ride-hailing giant in limbo, say informed sources.

Didi has been in talks with the Cyberspace Administration of China (CAC) about a fine and other penalties after proceeding with a US initial public offering (IPO) last June over the regulator’s objections, they said.

The agency had aimed to publish the results of that probe in April but government officials told the CAC they are not satisfied with punishments proposed and asked for revisions, said the sources. The officials felt the remedies were too lenient.

That is why Didi suspended plans for a Hong Kong listing, and it is uncertain when that dispute could be resolved, said the sources.

The result is that Didi, once the most celebrated start-up in China, faces more uncertainty as it prepares to depart New York bourses under orders from Beijing. The company, once worth about $80bn, is likely to see its stock traded over the counter on the pink-sheets market, home to penny stocks and other riskier businesses. Didi said last week it had not applied to move to another exchange, surprising investors who expected a smoother transition.

Didi’s shareholders — which include marquee names from Fidelity Investments to BlackRock — have so far refrained from public comment on the delisting. The Chinese company briefed several investors on the potential relegation of its stock and at least one of them was unhappy with the latest development, said one of the sources.

Some investors could be forced to sell because their mandates do not let them hold unlisted shares. Japan’s SoftBank, which can hold unlisted stock and ploughed more than $12bn into the company, has seen its 20% stake fall from a peak of about $16bn to less than $2bn.

Representatives for Didi and the CAC did not respond to requests for comment on the penalties. A Didi spokesperson previously referred Bloomberg to their April 16 statement, which stated the option of trading on the pink-sheet market.

The settlement delay is another setback for Didi, the national champion that defeated Uber Technologies before becoming one of the biggest targets of a tech-sector crackdown. Days after its $4.4bn IPO, the company was placed under a cybersecurity probe and its services were taken off the country’s app stores. The debut was so controversial it triggered an onslaught of regulatory actions constraining Chinese companies from raising capital overseas.

It is unclear what measures the CAC recommended. The ride-hailing giant has explored several alternatives including hiving off data to a third-party Chinese firm and selling a stake to state-backed companies, Bloomberg News has reported. The China Securities Regulatory Commission said in a statement after last week’s announcement that Didi made the decision to delist based on the market and its own situation.

The lingering uncertainty around Didi’s fate is contributing to persistent questions over Beijing’s longer-term intentions for a giant internet industry it regards as having amassed too much wealth and power.

Shareholders will vote on May 23 on Didi’s delisting plan, which is almost certain to pass given co-founders Cheng Wei and Jean Liu have majority voting control. The stock will then be traded as a pink-sheet for an indefinite period of time, said people familiar with the matter.

Though some non-US blue-chip names trade over the counter, pink sheets — named for the traditional hue of the share slips — are typically the province of highly speculative securities that will not or do not meet the stricter requirements of the main bourse. Examples include Luckin Coffee, the once high-flying Chinese challenger to Starbucks that admitted to inflating sales.