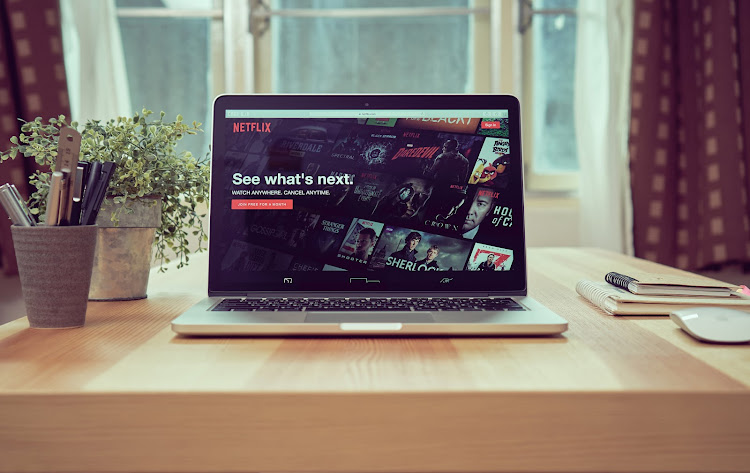 Losing customers for the first time in a decade, Netflix is throwing out all of its old rules.

The streaming leader will introduce a cheaper, advertising-supported option for subscribers in the next few years and before that will start to crack down on people sharing their passwords. Netflix also will curb its spending on films and TV shows in response to customer losses.

Co-founder Reed Hastings has said for years that he doesn’t want to offer advertising and had no problems with password sharing. But the company is changing course after losing 200,000 customers in the first quarter, the first time it has shed subscribers since 2011. Netflix also projected it will shrink by another 2-million customers in the second quarter of 2022, a huge setback for a company that regularly grew by 25-million subscribers or more a year.

“It’s just shocking,” said analyst Michael Nathanson of MoffettNathanson “Everything they’ve tried to convince me of over the last five years was given up in one quarter. It’s such an about-face.”

Investors, analysts and Hollywood executives had been bracing for the company to report a sluggish start to the year, but Wall Street still expected Netflix to add 2.5-million customers in the first quarter. The shares, already down more than 40% this year, tumbled as much as 27% to $256 in after-hours trading.

Hastings and co-CEO Ted Sarandos had previously dismissed the company’s slowing subscriber sign-ups as a speed bump related to the pandemic, which accelerated Netflix’s growth in 2020. But the company’s growth hasn’t returned to pre-pandemic levels.

Management pointed to four causes, including the prevalence of password sharing and growing competition. The company said there are more than 100-million households that use its service and don’t pay for it, on top of its 221.6-million subscribers. The California-based company is experimenting with ways to sign up those viewers, such as asking people who are sharing someone else’s account to pay more.

“It allows us to bring in revenue for everyone who is viewing or gets value from entertainment we’re offering,” COO Greg Peters said during an interview with analyst Doug Anmuth of JPMorgan Chase.

Netflix’s troubles are a warning sign for its peers and competitors. After watching millions of customers abandon pay TV for streaming, US entertainment giants merged and restructured to compete with Netflix. Investors encouraged this strategic shift, boosting shares of companies like Walt Disney that demonstrated a commitment to streaming.

Investors have begun to question whether some of these media companies will sign up enough customers to justify all the money they are spending on fresh programming. Disney fell as much as 5.2% in extended trading after Netflix reported its outlook, while Warner Bros Discovery, the owner of HBO Max, declined as much as 2.8%. Shares of Roku, the maker of set-top boxes for streaming, dropped 8.3%.

All of these competitors offer advertising-supported services or are planning to do so in the near future. Analysts and competitors have speculated for years that Netflix would offer advertising, only to be rejected by Hastings. Netflix always said its viewers preferred its service over cable TV because there were no ads. Hastings also didn’t want to compete with Google and Facebook in selling ads online. Yet he has finally relented.

“Allowing consumers who would like to have lower price and are ad tolerant makes a lot of sense,” Hastings said on Tuesday. Netflix will explore the best way to offer advertising over the next couple of years.

Cracking down on password sharing is a risk for a company that started by giving customers a cheaper, more convenient alternative to cable. By nudging customers to pay — and inserting advertising — Netflix begins to resemble what it replaced.

But the company needs help after losing customers in three of its four regions in the first quarter, including more than 600,000 in the US and Canada. Netflix blamed most of that on a price increase and said the decline was expected.

Russia’s invasion of Ukraine cost the company another 700,000 customers when it had to pull its service in Russia, resulting in a loss of 300,000 customers in Europe, Middle East and Africa.

Overall, Netflix had forecast subscribers would grow by 2.5-million in the first quarter, roughly in line with Wall Street estimates. For the current period, analysts were predicting gains of 2.43-million.

“They were never able to explain why or how growth was slowing,” Nathanson said. “Now they’ve decided growth is slowing. How did this change in two quarters?”

Asia was the lone bright spot. Netflix added more than 1-million customers in the region, buoyed by popular new titles such as the South Korean drama All of Us Are Dead.

Netflix remains well ahead of most of its competitors outside the US and is the largest streaming service in the world. The company believes it can execute its way out of its predicament by luring new customers with better programmes and finding more ways to charge its existing user base. The company still expects to add customers this year, and will have a stronger slate of new shows in the second half.

Whether Wall Street believes that is up for debate.

1.
Siyabonga Gama one of five former Transnet ...
News
2.
Many infrastructure projects are behind schedule ...
News
3.
Working together in an office does not help ...
News
4.
HSBC CEO Noel Quinn rebukes executive for ...
News
5.
Borer beetle could wipe out a quarter of SA’s ...
News

Fostering and rewarding enterprise and initiative

A standing ovation for high-fashion hotels in Milan, Dubai, and Paris

1.
Siyabonga Gama one of five former Transnet ...
News
2.
Many infrastructure projects are behind schedule ...
News
3.
Working together in an office does not help ...
News
4.
HSBC CEO Noel Quinn rebukes executive for ...
News
5.
Borer beetle could wipe out a quarter of SA’s ...
News

Fostering and rewarding enterprise and initiative

A standing ovation for high-fashion hotels in Milan, Dubai, and Paris