Celebrities and politicians have called for an impartial investigation 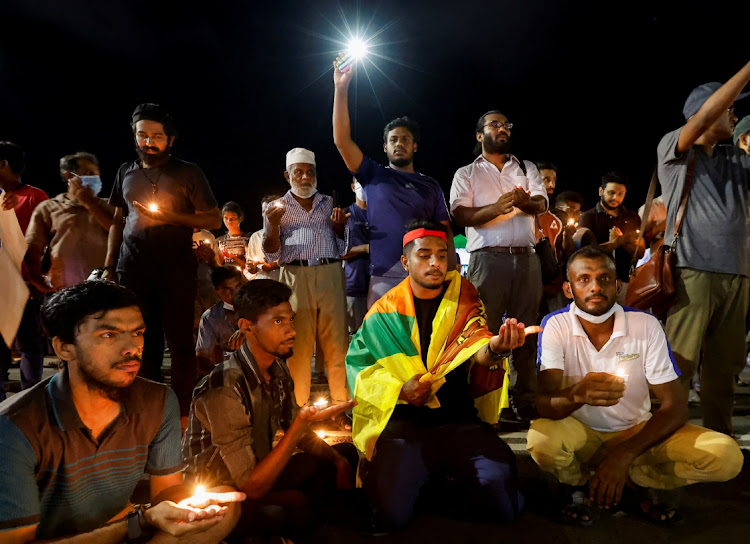 The first fatality after weeks of protests in Sri Lanka over food and fuel shortages intensified calls for President Gotabaya Rajapaksa to resign, with a key opposition leader saying Rajapaksa was “responsible for every death”.

Officers fired live rounds on Tuesday night in the central Rambukkana area after teargas failed to dispel a group of protesters who had blocked a train track and tried to set fire to a diesel truck, the police media unit in capital Colombo said by phone. One person was killed in the clash, according to Agence France-Presse (AFP) and several local media outlets.

Those injured, including police officers, were taken to the nearby Kegalle hospital, the police media unit said, adding that an indefinite curfew had been imposed in the area. Demonstrators pelted police with stones.

“Resign now!” said Harsha de Silva, a legislator from the main opposition Samagi Jana Balawegaya party in a Twitter post directed at the president. As head of state, “you are responsible for every death”.

Sri Lanka’s economic crisis — the worst since it gained independence more than 70 years ago — has brought angry citizens to the streets demanding the ouster of the Rajapaksa family. The government is now seeking as much as $4bn in emergency aid in 2022 to help the island nation ease hours’ long power cuts, shorten fuel lines that go on for kilometres, and pay for imports of life-saving drugs and food.

Prime Minister Mahinda Rajapaksa — the president’s brother — said on Twitter that he was “deeply distressed following the tragedy”. He added that he was confident of an impartial police investigation and urged protesters to be peaceful. The president hasn’t yet commented on the death and the police firing.

Condemnation of the violence poured in on social media, including from several local celebrities and cricket stars. US ambassador to Sri Lanka Julie Chung said she was “deeply saddened by the horrible news” and called for a “full, transparent investigation”.

Fears of a crackdown have persisted for weeks as protesters camp out in downtown Colombo to pressure President Gotabaya Rajapaksa to step down. In a statement on Saturday, the army denied “sinister” rumours that soldiers were now training to assault protesters.

While the Rajapaksas have resisted calls to step down, Mahinda Rajapaksa said on Tuesday that the government would support moves to trim presidential powers, in an apparent olive branch to protesters. However, he did not elaborate on the details of the constitutional changes he proposed, and it was not clear if that would placate the family’s opponents.

A delegation led by finance minister Ali Sabry arrived in Washington this week hoping to secure rapid funding from the International Monetary Fund (IMF). An official from the multilateral lender said on Tuesday night in Washington that discussions were still at an early stage.

“We are very concerned about the current economic crisis in Sri Lanka and hardships suffered by the people,” Masahiro Nozaki, IMF’s mission chief for Sri Lanka, said in a statement confirming talks this week with a delegation from Colombo. “Approval of an IMF-supported programme for Sri Lanka would require adequate assurances that debt sustainability will be restored.”

Those assurances are also key to disbursing any emergency funding, he said.

The delegation’s visit follows the central bank’s decision earlier in April to raise interest rates by a record 700 basis points. State-run Ceylon Petroleum Corp increased petrol prices on Tuesday for the second time in April, as imports become costlier after authorities ran out of dollars to defend a currency peg and allowed the rupee to float free.

Sri Lanka’s stock exchange is closed this week to allow investors to assess the economic conditions. The 5.875% note due July 25 was 0.25% higher on the dollar at 47.27c on Wednesday.

Newly appointed power and energy minister Kanchana Wijesekera said on Twitter on Tuesday that the country received new supplies of coal and diesel, implying an easing in the fuel and power crisis.