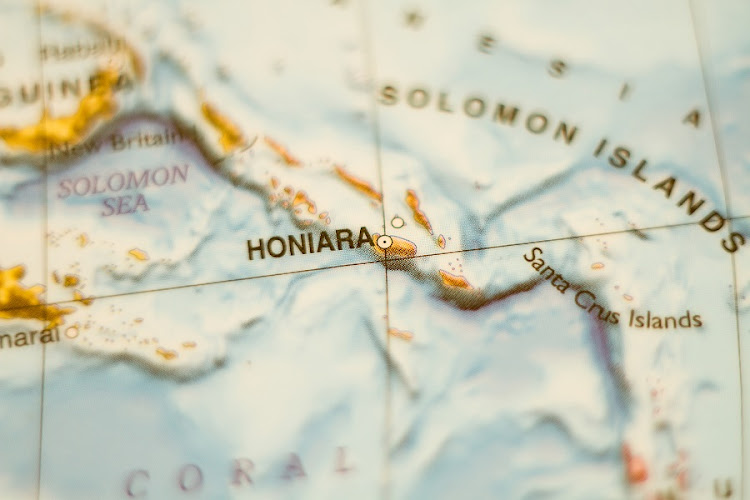 The US and Australian governments have voiced their concern at the signing of a new security agreement between China and the Solomon Islands, a diplomatic victory for Beijing in a region that has usually turned to Washington and Canberra for support.

Both the US and Australia said they were concerned about the “lack of transparency” in the new treaty, which Canberra added could “undermine stability in our region.”

The Chinese Foreign Ministry announced on Tuesday that the deal had officially been signed, saying foreign ministers Wang Yi and Jeremiah Manele had agreed to “an intergovernmental framework agreement on security co-operation the other day.”

No final version of the agreement has been made public, but an earlier draft, leaked on social media in late March, would allow the Chinese government to send its military to the Solomon Islands, if requested by the Pacific nation. It would also give China’s naval vessels a safe harbour in the Solomon Islands, just 2,000km from the Australian coast.

Australia and the US had been attempting to dissuade the Solomon Islands from agreeing to the security pact. The Biden administration’s East Asia tsar Kurt Campbell is due to visit the Pacific nation this week as part of a US delegation, while Australia’s Pacific minister Zed Seselja visited last week.

In a statement after the signing was announced, Seselja and Australian foreign minister Marise Payne said they were “deeply disappointed” by the Solomon Islands’ decision, but added they respected the right to “make sovereign decisions.”

“We are concerned about the lack of transparency with which this agreement has been developed, noting its potential to undermine stability in our region,” the Australian statement said.

A spokesperson for the US National Security Council said the agreement followed a pattern for Beijing of “offering shadowy, vague deals with little regional consultation.”

Speaking in Singapore on Wednesday, New Zealand Prime Minister Jacinda Ardern said she was “concerned” by the ongoing militarisation of the Pacific, saying she saw “no need” for the agreement.

“We continue to call on the Solomons to work with the Pacific with any concerns around their security that they have,” Ardern said.

The agreement comes at a bad time for Australian Prime Minister Scott Morrison, whose party is now campaigning for a fourth term in government partly off the back of their national security credentials. Australian shadow foreign minister Penny Wong described the signing on Wednesday as the “worst failure of Australian foreign policy in the Pacific since the end of World War 2.”

Australia and the US have long been concerned about the Chinese government developing a military foothold in the Pacific, which would complicate the defence of both countries. Solomon Islands Prime Minister Manasseh Sogavare confirmed the signing of the agreement in the country’s parliament on Wednesday morning, but insisted the agreement would not allow the Chinese government to build a military base in the Solomon Islands.

“I ask all our neighbours, friends and partners to respect the sovereign interests of Solomon Islands on the assurance that the decision will not adversely impact or undermine the peace and harmony of our region,” he said.

Sogavare said the Solomon Islands entered the agreement with China “with our eyes wide open guided by our national interests.”

“We have full understanding of the fragility of peace and our duty as a state is to protect all people, their properties and critical national infrastructure of the country,” he said.

Confirming the signing on Tuesday, Chinese Foreign Ministry spokesperson Wang Wenbin said the agreement would allow both countries to “conduct co-operation including maintenance of social order, protection and safety of people’s lives and property, humanitarian assistance and natural disaster response.”