Profitability projections could be off track amid higher raw material prices 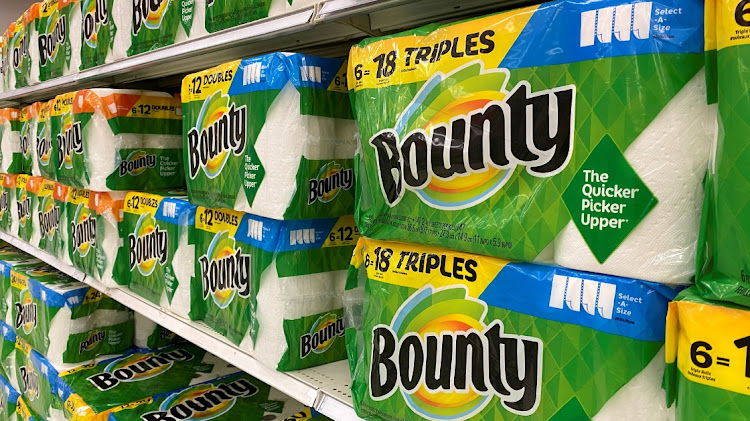 Bounty paper towels made by Procter & Gamble in a shop in Encinitas, California, the US. Picture: MIKE BLAKE/REUTERS

Procter & Gamble’s (P&G) and Kimberly-Clark’s earnings this week will give investors an updated look at whether sustained price increases in commodities such as energy and plastics threaten to knock companies’ profitability projections off track.

Russia’s invasion of Ukraine has worsened commodity inflation, with Barclays analysts led by Lauren Lieberman estimating the main inputs used in personal care and household goods have risen about 50% for three straight months from a year earlier. Companies such as aluminium-foil maker Reynolds Consumer Products said earlier in 2022 they expected costs to abate as the year unfurled, and that, along with price increases they had implemented, would help boost profits. The war in Ukraine is casting doubt on that outlook.

“We would not be surprised to hear companies discuss the increasingly tough operating environment that emerged over the quarter,” Lieberman said in a note.

In March, the first month to fully reflect the invasion’s effects, prices rose for all of the 13 commodities that Barclays tracks for personal- and household goods companies. They include chlorine, used to bleach paper products, and natural gas, which in addition to being used for energy is where many plastics come from.

The first quarter’s increase in commodity costs contributed to a decision by Stifel Financial analyst Mark Astrachan to lower earnings per share estimates for P&G and Reynolds, according to an April 12 note.

Companies often hedge commodities and buy materials at different points of the year, which could affect when and how hard they are hit. But continued double-digit increases threaten to upend even the most careful hedging arrangements.

Some companies had raised their annual inflation budgets even before the war broke out. P&G increased its estimate by $400m in January to $2.8bn, while Kimberly-Clark guided for higher inflation than analysts expected. Clorox, which announces results on May 2, said in February that extra costs would be $500m for its fiscal year, up from the $350m it had mentioned three months prior.

With costs still climbing at a double-digit pace, the question remains whether companies can charge even more to offset inflation, Lieberman wrote. Investors will also hone in on firms’ pace of sales growth as some cracks emerge in consumers’ ability to cope with higher prices.