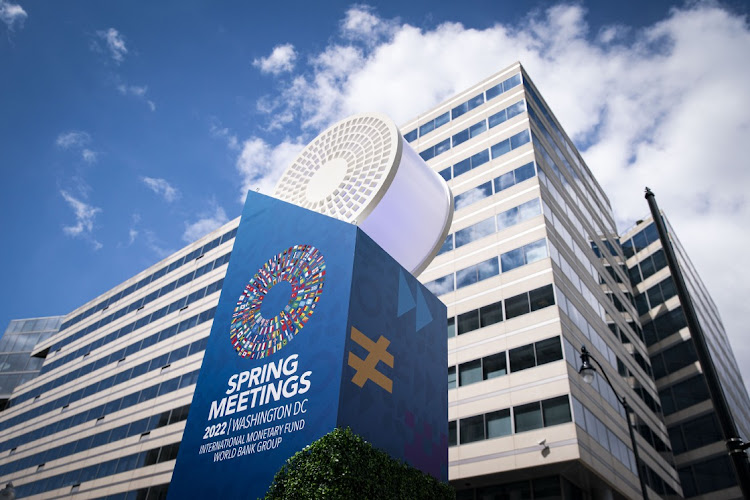 The heads of the world’s biggest international finance institutions sounded the alarm about record global debt levels, with the International Monetary Fund’s (IMF) chief saying options to deal with the billions owed by poor nations are disappearing.

“We see the problem for many countries getting worse and the tools to deal with this problem are disappearing,” Kristalina Georgieva said in an online discussion with World Bank president David Malpass on Tuesday. “The debt problem is knocking on the door louder and louder.”

Both organisations have for months flagged risks from rising debt levels in emerging markets, particularly as interest rates start to increase to cool accelerating inflation. The World Bank estimates that the poorest countries — whose fragile economies have been decimated by the pandemic — owe $35bn in payments in 2022.

The urgency to avert what Georgieva has termed “economic collapse” for some countries is growing after the G20 biggest nations’ reprieve on debt-service payments for about 70 struggling nations — in place since May 2020 — expired at the end of 2021. 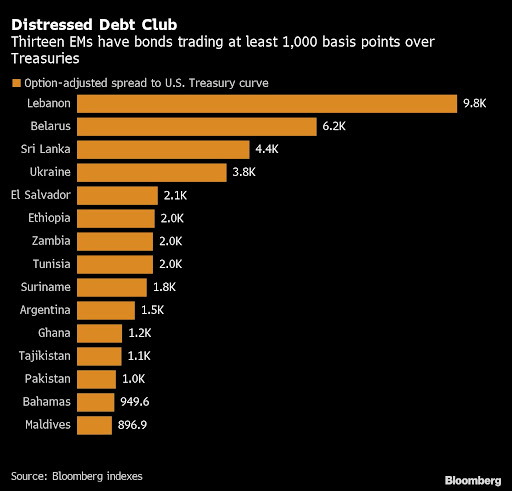 A plan forged by the G20 in late 2020 to rework the debt of countries in danger of defaulting — known as the Common Framework — has been hampered by a lack of co-ordination, transparency and clarity.

“We don’t have the Debt Service Suspension Initiative any more, the Common Framework has not yet delivered on its promise,” Georgieva said. “If we don’t want to see countries going into debt distress and from there into not servicing debt — as Sri Lanka just did — let’s get serious about the Common Framework.”

Sri Lanka on Monday asked the IMF for a speedy bailout package as officials battle to save the island nation from economic troubles that have snowballed into a deepening political crisis. President Gotabaya Rajapaksa also said that the nation should have gone to the IMF to request a programme earlier.

The country is seeking up to $4bn in 2022 to tide over problems and pay creditors amid dwindling foreign reserves and Asia’s fastest inflation. Last week, the country halted payments on foreign debt, leading to a series of downgrades of the nation’s credit rating.

While the G20 meetings in the past two years have been a forum to review the progress of debt relief initiatives and address need for changes, this week’s gathering of finance ministers and central bankers during the IMF and World Bank spring meetings is shaping up to be dominated by a focus on Russia’s invasion of Ukraine.

The World Bank has had “substantial success” over the past year helping countries convert floating-rate debt to fixed-rate securities amid the prospects of interest rates going up globally, Malpass said. This is “going to help a little bit”, he added.

The $35bn owed this year by the world’s poorest countries — those eligible for assistance under the bank’s International Development Association — is both to bilateral lenders and private creditors.

“There needs to be relief on that front — some of the official creditors have large amounts outstanding and that needs to really be considered as interest rates go up,” Malpass said. “It’s just adding to the urgency of this process.”

Fund sees global expansion slowing to 3.6% in 2022, down from a forecast of 4.4% in January before the war in Ukraine, while inflation is forecast at ...
News
2 months ago

The island nation is battling its worst financial crisis since as Covid-19, mismanaged government finances and ill-timed tax cuts sap dwindling ...
World
2 months ago
Next Article